The Michael Waltrip Racing building is located in Cornelius, North Carolina. The Mecklenburg County Assessor’s office lists the shop’s value as $12,807,200. That race shop value is based on an assessment in 2011.

Public records show that the property had a tax bill last year of $137,909.73. That bill was due Sept. 1, 2015 and is now past due. Public records list it as delinquent and notes that interest began accruing Wednesday on property.

Michael Waltrip converted a former North Carolina movie theatre into his racing shop. The building was officially open to the public in May 2007. 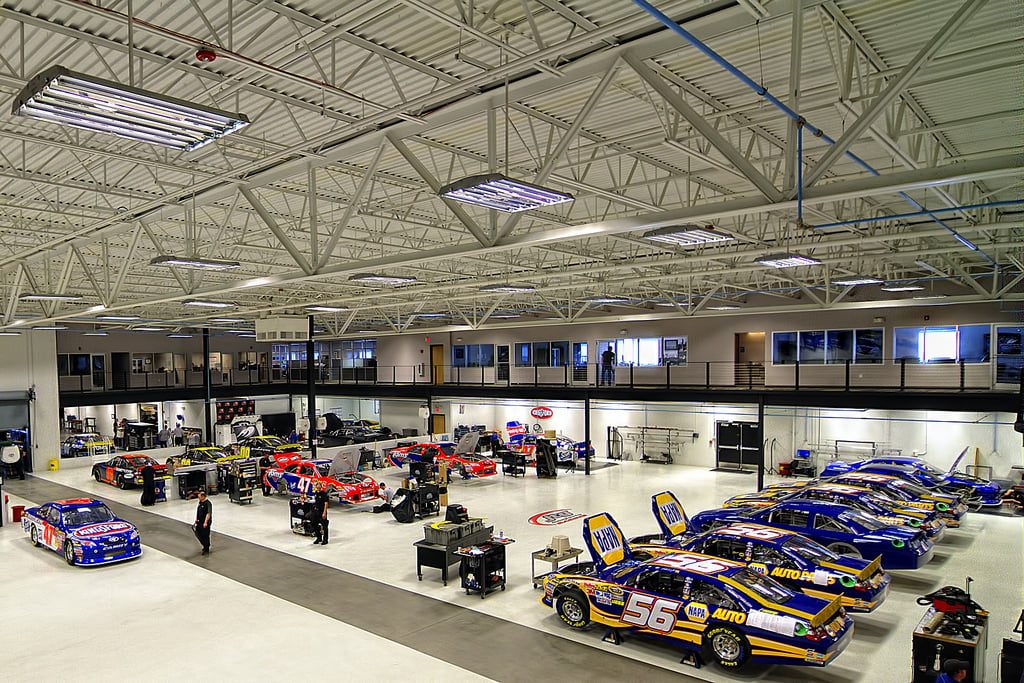 The shop was the stable for the #15 Clint Bowyer machine. The #55 was all a Michael Waltrip racing car that was that cockpit for multiple drivers including Brian Vickers and David Ragan. The shop was all the home of many other NASCAR machines across several NASCAR divisions.

No price is listed. The racing shop also has yet to go up on the Lincoln Harris website. However, the hanging sign is a new development and I’m sure the website listing will soon follow.

On August 19, 2015, Michael Waltrip Racing co-owner Rob Kauffman made a special announcement before the NASCAR race at Bristol Motor Speedway. The rather awkward announcement was that MWR would cease full-time racing after the 2015 NASCAR Racing season.

NEXT POST
2016 NASCAR Ford Fusion Gets a New Look