A passionate and innovative pioneer in the sport of auto racing, Bristol Motor Speedway owner Bruton Smith was inducted into the NASCAR Hall of Fame Friday, after dedicating his life to creating unforgettable at-track experiences for millions of race fans across the country.

“Being inducted into the NASCAR Hall of Fame is truly an honor,” Smith said. “For nearly 60 years, my life’s work has been to build first-rate facilities and host world-class events for fans around the country. Along with thousands of my employees, I have worked hard for the fans in hopes of providing each of them a truly unforgettable experience every time they walk through the gates. When I say, ‘we work for the fans,’ I really take it to heart. I look forward to seeing Speedway Motorsports continue to lead the way in innovation and fan fun for many years to come.”

A native of Oakboro, North Carolina, Smith charted his course to a successful career with hard work and unwavering dedication. After years of promoting races across the South, Smith began construction of his lifelong dream, a 1.5-mile superspeedway, north of Charlotte, North Carolina, in 1959. The following year Charlotte Motor Speedway hosted NASCAR‘s first-ever 600-mile race, the World 600. 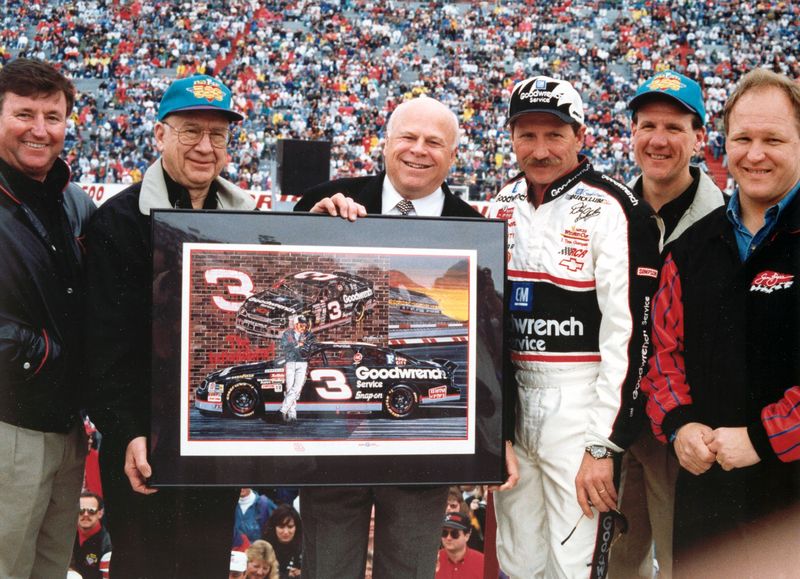 Among other fan-facing innovations, Smith is credited with bringing luxury dining facilities to his tracks, being the first to offer year-round living accommodations and introducing elaborate pre-race shows to his NASCAR weekends.

In 1992, Smith oversaw the construction of a state-of-the-art 1,200-fixture MUSCO lighting installation at Charlotte Motor Speedway, allowing it to be the first superspeedway to host night racing. In 2011, Charlotte Motor Speedway unveiled what was then the world’s largest HDTV along the backstretch of the iconic speedway, revolutionizing the at-track fan experience. Smith has since topped his own world record with the nearly 21,000-square-foot “Big Hoss TV” at Texas Motor Speedway, and this year, the world’s largest outdoor, permanent, center-hung digital display, Colossus, will make its video debut at Bristol Motor Speedway.