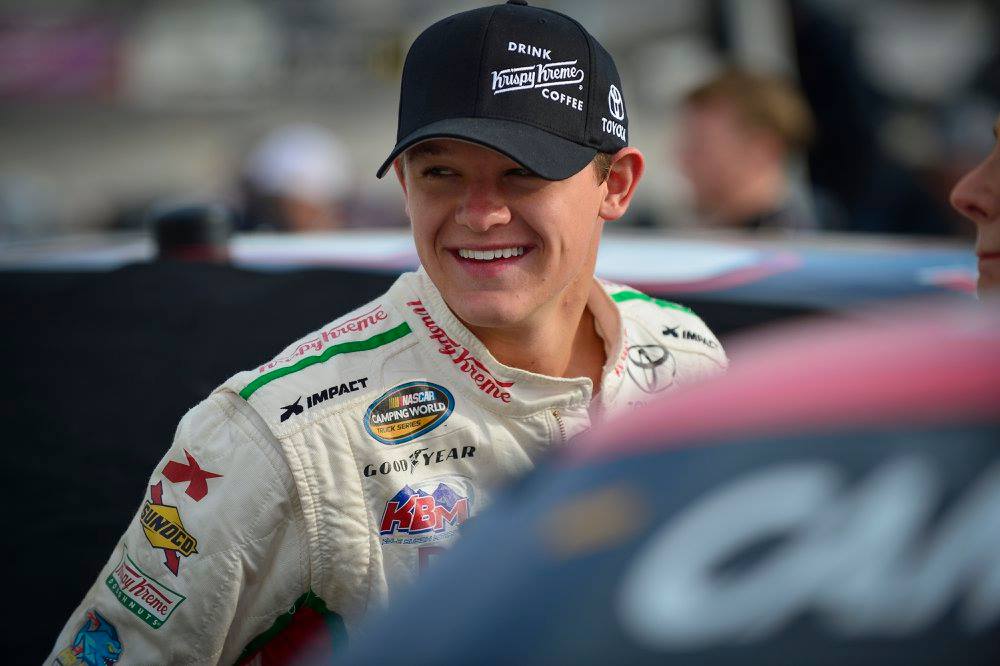 “This is a dream come true, the opportunity to race at Daytona International Speedway,” Gray Gaulding said.

The 17-year old from Colonial Heights, VA will turn 18, just three days before the Lucas Oil 200.

“I’ve been going down to Daytona every year and supporting Jason (White) in the truck series and telling myself one day I will race here and thanks to Krispy Kreme Doughnuts, Carlos Lira, Lira Motorsports, and Ford Racing that opportunity is now reality.”

Veteran Crew Chief and fellow Virginia native, Teddy Brown will call the shots for Gaulding in his ARCA Series debut. This will mark Brown’s second season on top the box for Lira Motorsports.

“We are excited to have Gray join our team for his debut in the ARCA Series,” Teddy Brown said, “We have gained a valuable relationship with him, his family, and sponsor, Krispy Kreme and I believe that Gray has an excellent shot at being up front during the race and taking the No.38 Ford to victory lane for everyone at Lira Motorsports.”

Krispy Kreme Doughnuts, Inc., is a global retailer of premium-quality sweet treats, including its signature Original Glazed® doughnut. Headquartered in Winston-Salem, N.C., the Company has offered the highest-quality doughnuts and great-tasting coffee since it was founded in 1937. Krispy Kreme Doughnuts is proud of its Fundraising program, which for decades has helped non-profit organizations raise millions of dollars in needed funds. The Company has more than 1,000 retail shops in 25 countries. Connect with Krispy Kreme Doughnuts at www.KrispyKreme.com, or on one its many social media channels,