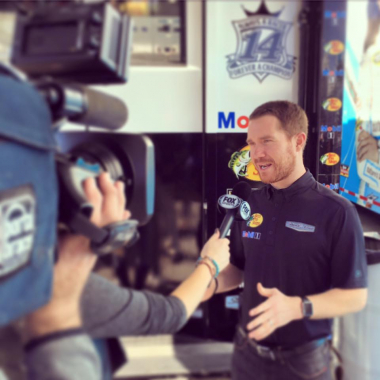 Vickers will begin driving the No. 14 Mobil 1 Chevrolet today as he and the team prepare for Saturday night’s Sprint Unlimited. On Sunday, Vickers will pilot the No. 14 Bass Pro Shops/Mobil 1 Chevrolet in qualifying for the Daytona 500 before racing it again on Thursday in the Can-Am Duel and, finally, in the 58th running of the Daytona 500 Feb. 21.

Vickers is a three-time winner in the Sprint Cup Series and was the 2003 NASCAR Xfinity Series champion. His best Sprint Cup finish at Daytona is a second-place result in the 2014 Coke Zero 400. His first career Sprint Cup victory came in 2006 at Talladega (Ala.) Superspeedway, the sister track to Daytona. The 2016 Daytona 500 will mark Vickers’ ninth start in the Great American Race.

An interim driver for the No. 14 team in the races following Daytona has not been determined.