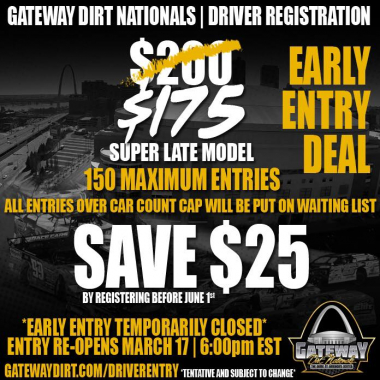 100 early entries were to be accepted before a June 1st deadline and those entrants would be able to SAVE $25 in the process. It did not take very long for the staff to realize that the Gateway Dirt Nationals was going to have impressive numbers and names on the card for the biggest indoor stock car race in 34 years.

June 1st is merely a comical date at this point, as nearly 150 Open Wheel Modifieds and 80 Super Late Models registered in the first 3 days of registration being opened. A response so large that the event was forced to temporarily shut down the website’s driver registration forms for updates and maintenance.

In reviewing the quick response and the expected continued registration growth the Gateway Dirt Nationals has the obligation to teams and fans to ensure that racing is going to be the best it can be in December. “We want to make sure that if we have 400 cars that people will not be there until 2a.m. watching racing all day and night. That does not benefit anyone” Said a representative of the team. 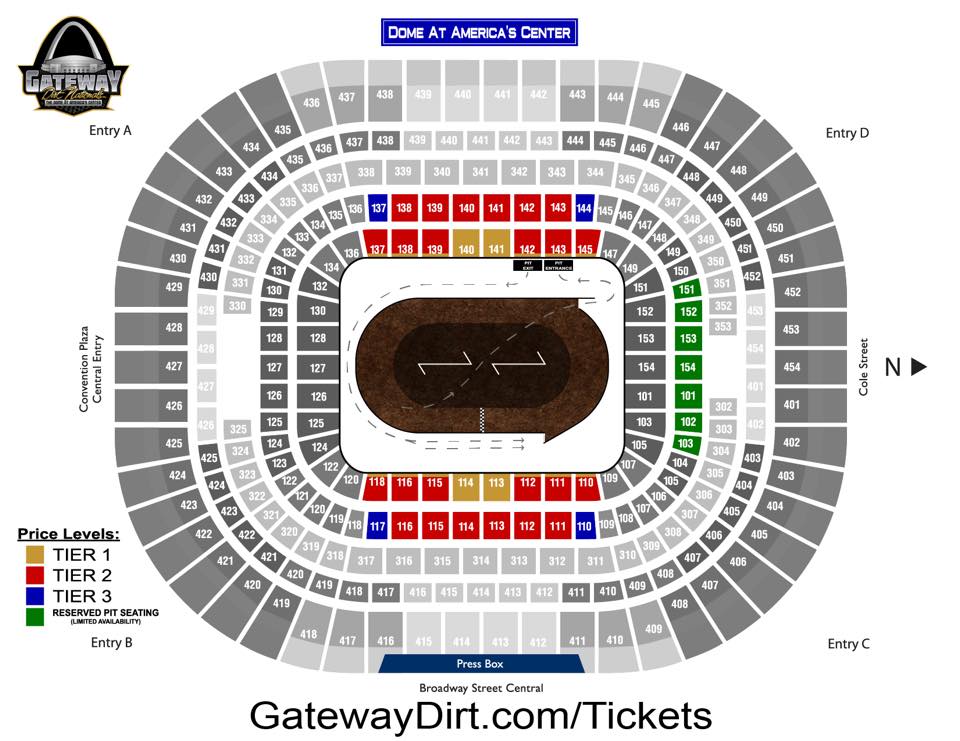 In their review it was determined that applying some kind of total car count cap is the best thing for fans and racers attending. 400 total cars becoming the magic number, as it is precisely the amount of total cars that can be put inside the America’s Center Complex.

For more information regarding the Gateway Dirt Nationals please visit the event website at GatewayDirt.com. Follow along on social media for the latest details and announcements regarding the event via Twitter @GatewayDirt orFacebook.com/GatewayDirt.