Competition officials ruled that Patrick violated safety rules when she walked toward the racing surface to gesture at Kasey Kahne’s passing car. The guidelines are detailed in the on-track incident procedure section (10.4.2.1) of the 2016 NASCAR Rule Book. Patrick has also been placed on probation for the next four events.

Additionally, Kyle Busch was fined $10,000 for failure to fulfill his post-race media obligations following the NASCAR XFINITY Series race at Auto Club. Busch is also on probation for the next four events.

Kahne’s Hendrick Motorsports No. 5 Chevrolet made contact with Patrick’s Stewart-Haas Racing No. 10 Chevrolet in the 120th lap of Sunday’s Auto Club 400, turning Patrick’s car sharply into the outside retaining wall on the frontstretch.

Patrick emerged from the car and walked toward the waiting ambulance for the mandatory ride to the infield care center, but — though she stayed below the uppermost white stripe delineating the racing surface from the track apron — her path deviated and included an agitated gesture in Kahne’s direction.

The fine is the same amount issued to Trevor Bayne last June for his actions atDover International Speedway. After his involvement in a crash at the Monster Mile, Bayne did not wait for safety officials to tend to him, and there were no extenuating circumstances (such as fire) that prompted a more hasty exit. 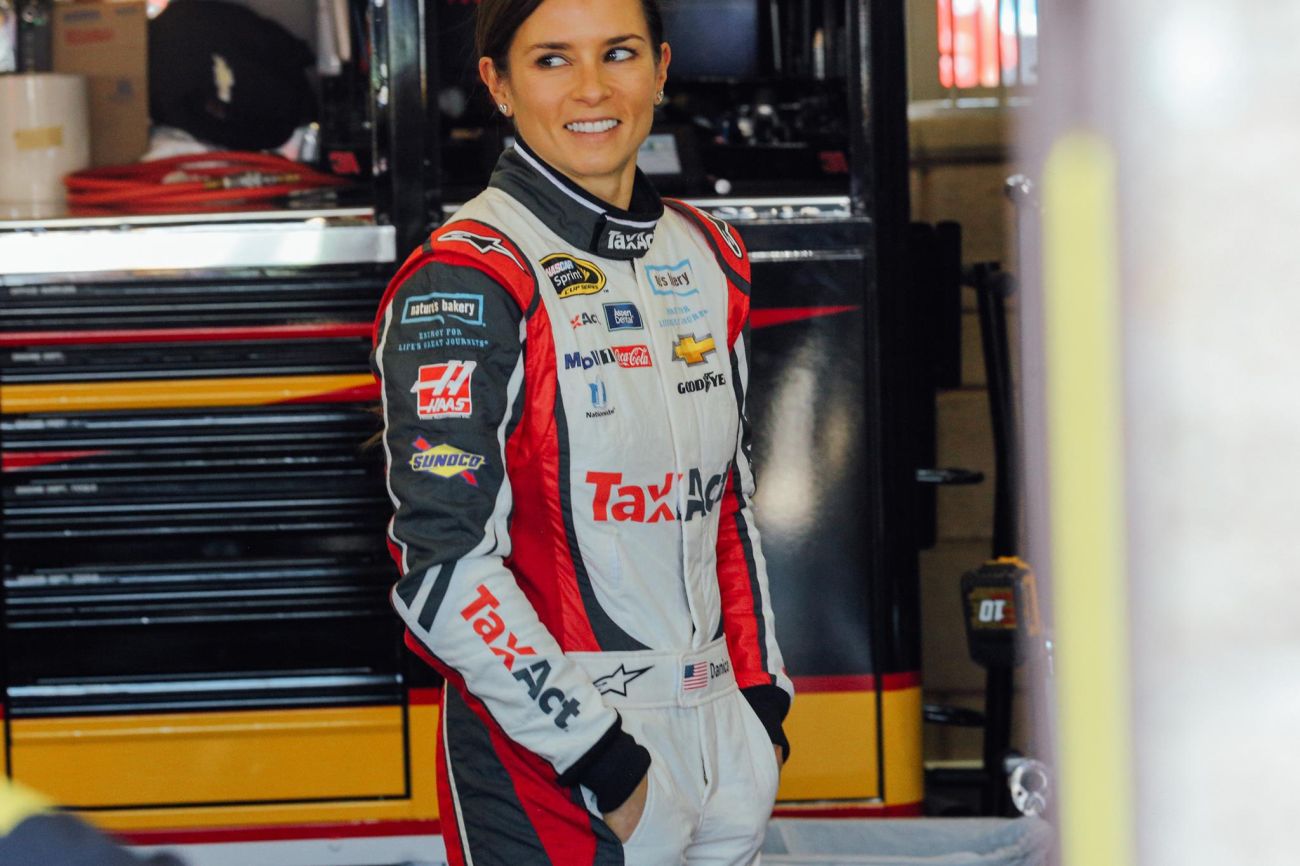 Guidelines for properly exiting a race car have been stated in the drivers’ and crew chiefs’ meeting before every NASCAR race. The rules were formalized in August 2014 after a sprint-car accident at a New York dirt track involving Tony Stewart that fatally injured young racer Kevin Ward Jr., who approached Stewart’s passing car on foot.

During the yellow flag for the Kahne-Patrick incident, NASCAR race control ordered Kahne and his crew chief, Keith Rodden, to the Sprint Cup Series hauler for a post-race consultation with officials. Kahne apologized both mid-race over his radio communications, post-race after leaving the NASCAR hauler and again post-race through his personal Twitter account.

• In addition to the fines for Busch and Patrick, NASCAR also issued warnings to sixSprint Cup Series teams for inspection issues at Auto Club.

The Joe Gibbs Racing No. 19 with driver Carl Edwards (2) failed the LIS twice during pre-race inspection.

The No. 20 team also received a warning, its second, for failing template inspection twice during pre-qualifying.

The Circle Sport Leavine Family Racing No. 95 with driver Michael McDowell was given a warning for a truck trailing arm that did not meet specifications. The issue was discovered during initial inspection on Friday.

Vehicles failing either pre-qualifying or pre-race inspection twice receive a written warning. A third failure results in the loss of 15 minutes of practice as well.

Once a team has forfeited its pit selection, its total is reset to zero.