Busch, the series’ leader with 79 career victories, saw a three-race win streak come to an end at ACS when his No. 18 Joe Gibbs Racing Toyota suffered a flat left-front tire on the final lap of the race. He had led five times for 133 laps of the 150-lap event when he took the white flag.

After climbing from his car on pit road, Busch returned to his team’s hauler in the XFINITY Series garage, speaking with no media on pit road and failing to make an appearance in the media center.

According to the NASCAR rulebook, the second- and third-place drivers must report to the media center for post-race interviews upon the conclusion of the race, unless otherwise instructed by NASCAR.

NASCAR officials said afterward that no such release from that obligation had been granted to Busch.

In addition to the monetary fine, Busch has been placed on probation through April 27, 2016, a period that covers the next four championship points events. 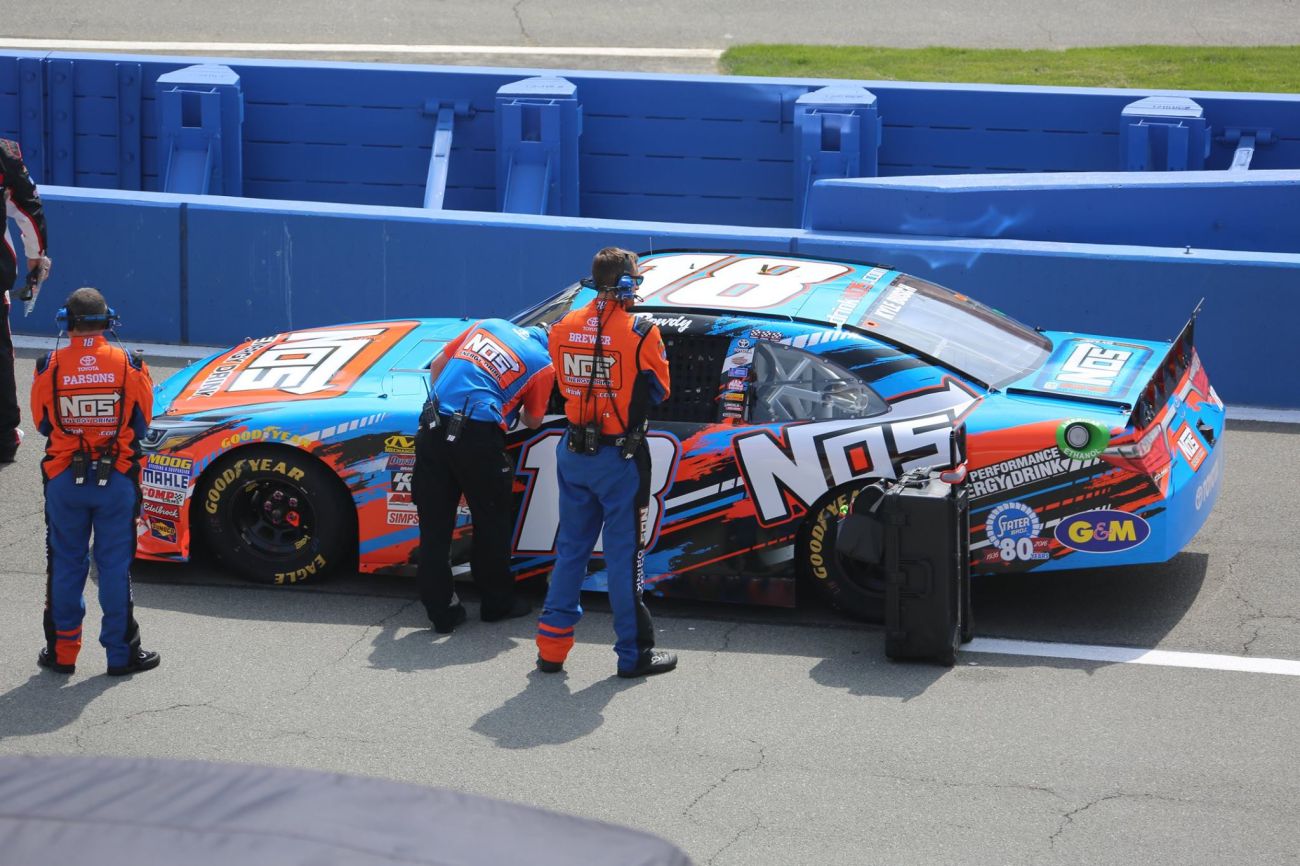 With teams conserving fuel in an attempt to make it to the checkered flag on the heels of a long green-flag run, Busch led teammate Daniel Suarez by more than a second as the final lap began. The left-front tire let go before he made it to Turn 1, damaging the front fender and hood and sending debris across the track.

Suarez briefly overtook Busch, only to run out of gas as he entered the backstretch.

Eventual winner Austin Dillon (Richard Childress Racing) caught and passed Busch for the lead as the two raced out of Turn 4 coming to the checkered flag.

While Busch has been fined for his actions, Kevin Harvick, who finished second following an overtime ending to the Auto Club 400 Sprint Cup Series event on Sunday was not.

Harvick (Stewart-Haas Racing) spoke with the media as he made his way away from pit road, but was informed that his presence in the media center was not required.

“I applaud Kyle’s passion because at the end of the day, the guy wants to win and he’s not happy when he doesn’t, so you always want to see that,” O’Donnell said. “Little disappointed … in terms of the post-race comments and certainly the media obligations.”