Watch the video highlights from the NASCAR Truck Race at Eldora Speedway below.

Both of these drivers had issues. Kyle Larson went a lap down due to a cut tire early in the event. The lucky dog offered his lap back, then he climbed back to the front row in no time. 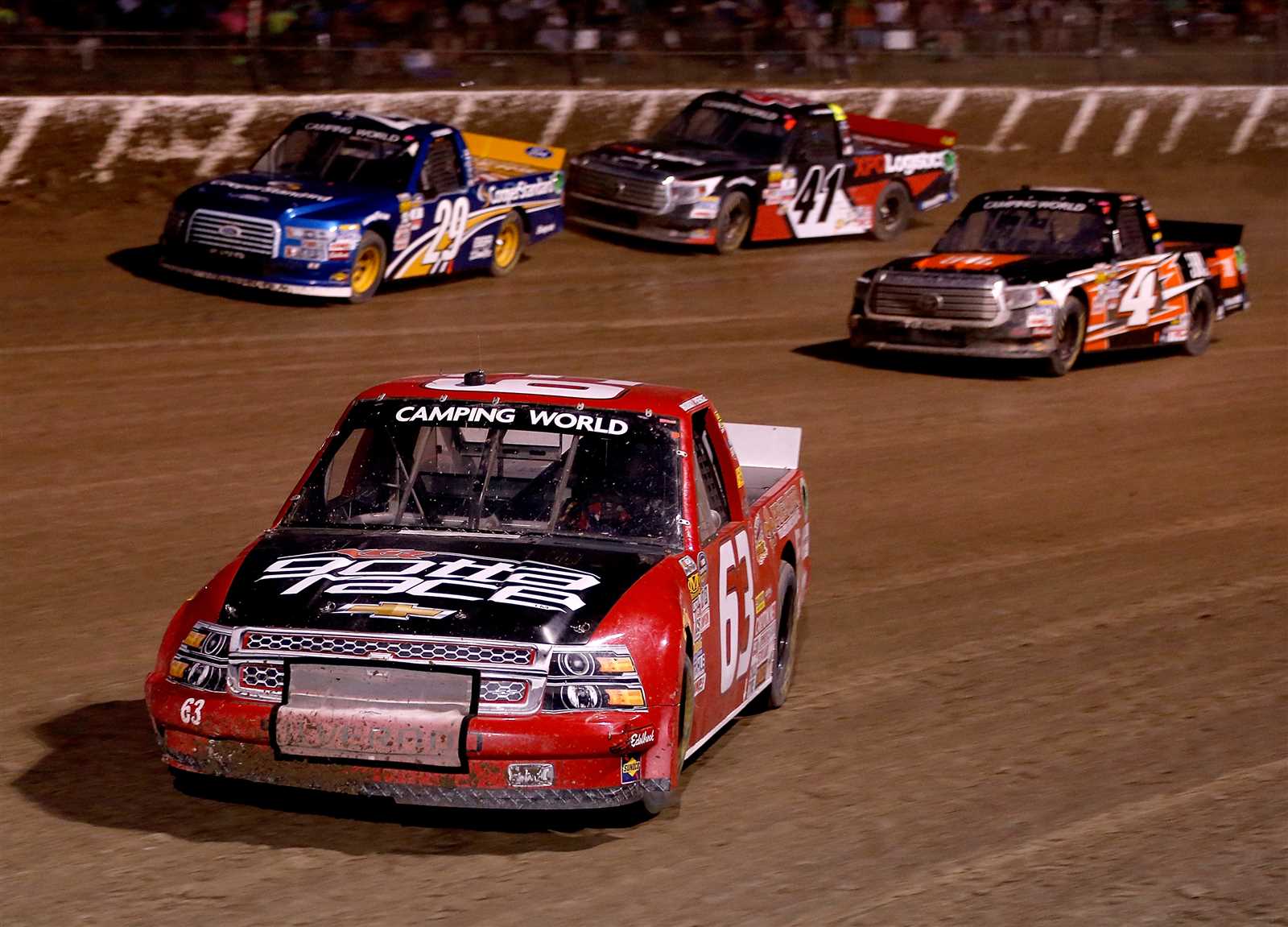 Bobby Pierce had the faster car, no questions. However, mechanical issues ultimately did him in. He could not shift out of 4th gear. This made restarts very difficult and forced him to lose the lead to Kyle Larson.

He tried to claim the top spot again on a slide job. However, he slid through the center of the race track, over the dirt cushion and into the outside wall. He continued but only for a few feet as his right rear tire blew a bead.

On paper, he should have been able to change the tire and re-enter the event with the fastest truck on the track. However, he spun against the inside wall, nose first.

Stuck in 4th gear, he needed assistance from a tow truck to pull him off the wall. No reverse gear could be found.

In a compliance rule, Pierce now had to visit the infield care center. This rule is in place for any driver who can’t drive back to the pits under their own power. Even if it’s only a blown tire in combination for a stuck gear.

Christopher Bell used the wall to his advantage in the final 10 laps. However, it wasn’t enough to catch NASCAR Sprint Cup Series driver Kyle Larson.

Another dirt regular, Roco Abreu made a late charge in the event. His car was pushing all night. Even falling to the Last Chance Qualifier race. However, they continued working on it throughout the event and rebounded for a 3rd place finish.

What does it cost to rent a NASCAR truck for the Eldora Dirt Derby?