No Penalties to Tony Stewart after Intentionally Wrecking Brian Scott

Tony Stewart intentionally wrecked Brian Scott in the Southern 500. Scott was multiple laps down and racing side by side with Tony Stewart. Stewart didn’t like that, so he turned him. Watch the video of the incident below.

Almost immediately Tony Stewart and crew chief were called for a visit to the NASCAR hauler.

Got to come in and check in once in a while. It was a happy visit.

Mike Bugarewicz is the crew chief for Tony Stewart. On the radio after reporting to Stewart they had a scheduled meeting with NASCAR. “Hey man, you made it 25 races. I think that’s pretty good.” Referring that it’s been awhile since Tony Stewart was called to the NASCAR hauler.

TJ Majors, crew chief of the #88 shared some commentary with his driver, Jeff Gordon. “Man! That #14 was tired of racing that #44.” Jeff Gordon questioned, “He just dump him”. Major’s replied, “Oh yeah!”

In the garage afterward, Brian Scott said he was attempting to let drivers pass who were on fresher tires, including Stewart. 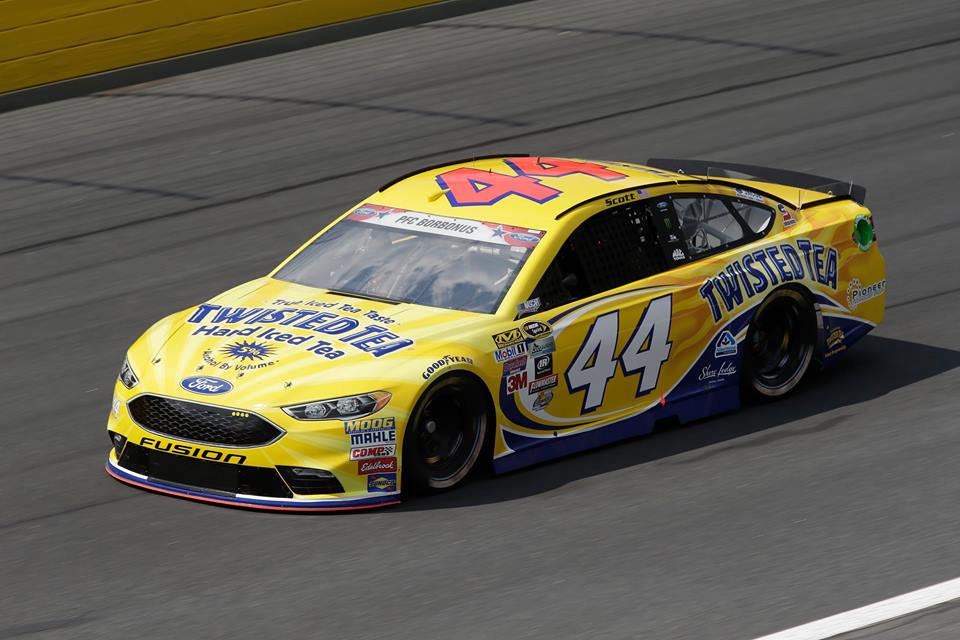 “I think he got inside of me and got loose there,” Scott said of the initial contact.

“I was pointing him to the inside to let him go. Apparently he got mad at me. … I have a lot of respect for Tony. He has always raced me really clean. … I am not sure if he thought I was trying to hold him up there; I wasn’t. I was trying to let him go. I even pointed him to the inside. Maybe he thought I was giving him the finger or something. I will talk with him. We will figure it out.”

Tony Stewart was running 13th at the time of the incident. However, he later retired from the event due to mechanical problems on the #14 Chevrolet.

The meeting with NASCAR officials and Tony Stewart post-race was brief.

“We wanted to hear from Tony, get his perspective on what he saw out there,” Kurt Culbert, managing director of racing communications for NASCAR, said. “It was more about gaining information than anything else and to confirm that it will be over with once we leave here.”

Jimmie Johnson, Martin Truex Jr comment after wrecking for the NASCAR win on final lap of the Roval