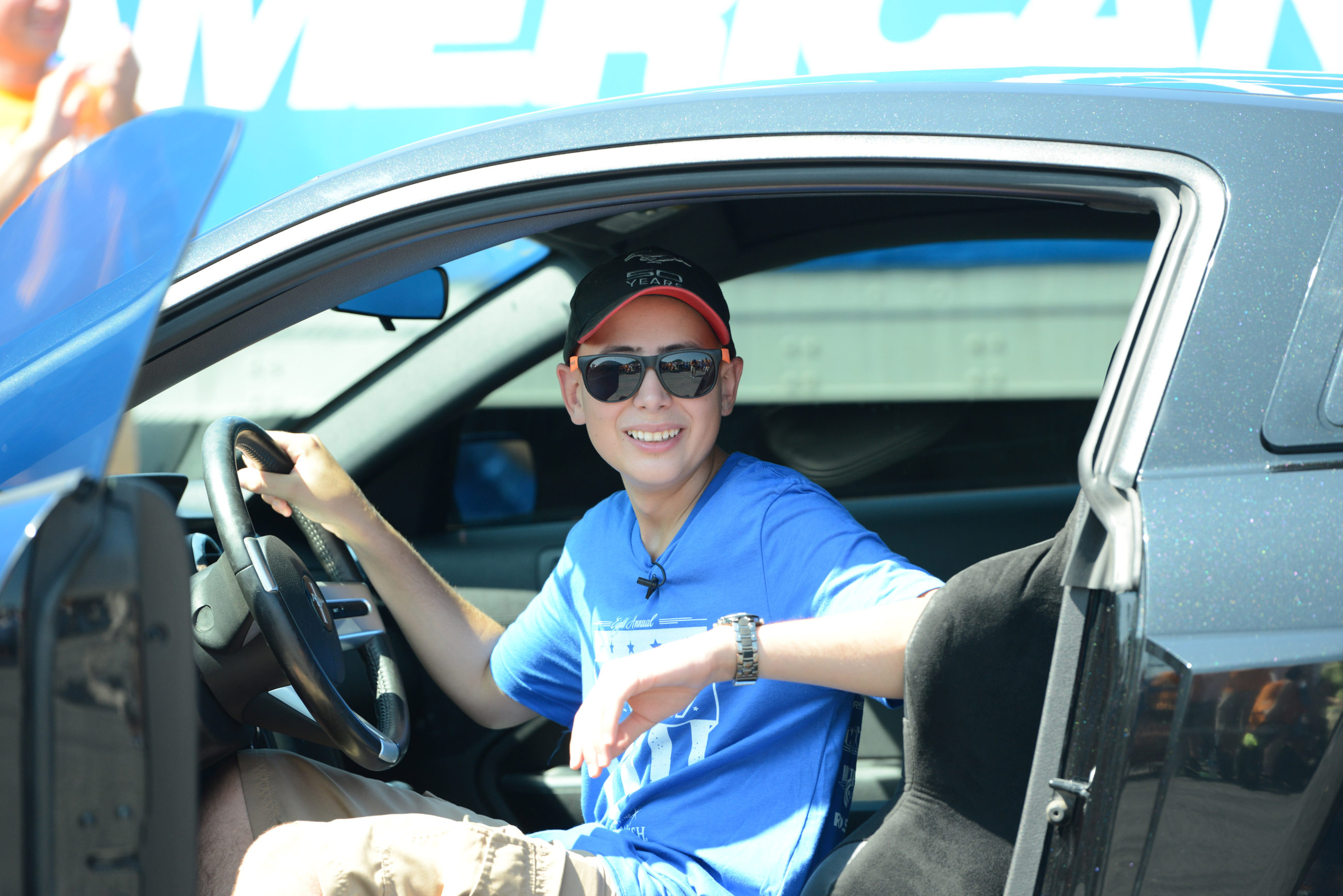 Austin is a 19 year-old gearhead from Chicago who has been waiting years for the chance to fulfill his wish. After searching the country for his perfect Mustang, his family friend and mechanic introduced him to AmericanMuscle and aftermarket mods. His wish was instantly clear. He wanted his Mustang transformed by the AmericanMuscle team.

The crew at AmericanMuscle jumped into gear and sketched Austin’s vision down to the last detail. With less than a month to deliver Austin his wish, they went to work building his S197 Mustang to match the vision he described. Unveiled at the 2016 AmericanMuscle, Austin’s overhauled Mustang left him speechless and excited for car shows and cruising.

Watch the video before for the full story and Austin’s reaction!

What started out as a request for some wheels, a hood, and some tail lights quickly turned into a full-on project that was unveiled at AM2016. Make-A-Wish® child and Mustang enthusiast Austin wanted to customize his 2005 V6 with a handful of parts, but once Make-A-Wish® reached out to us, plans for Austin’s car quickly ramped up into an exciting build that would be tailored to Austin’s tastes. In just a few short weeks, AmericanMuscle transformed Austin’s 2005 Mustang into a modded masterpiece.