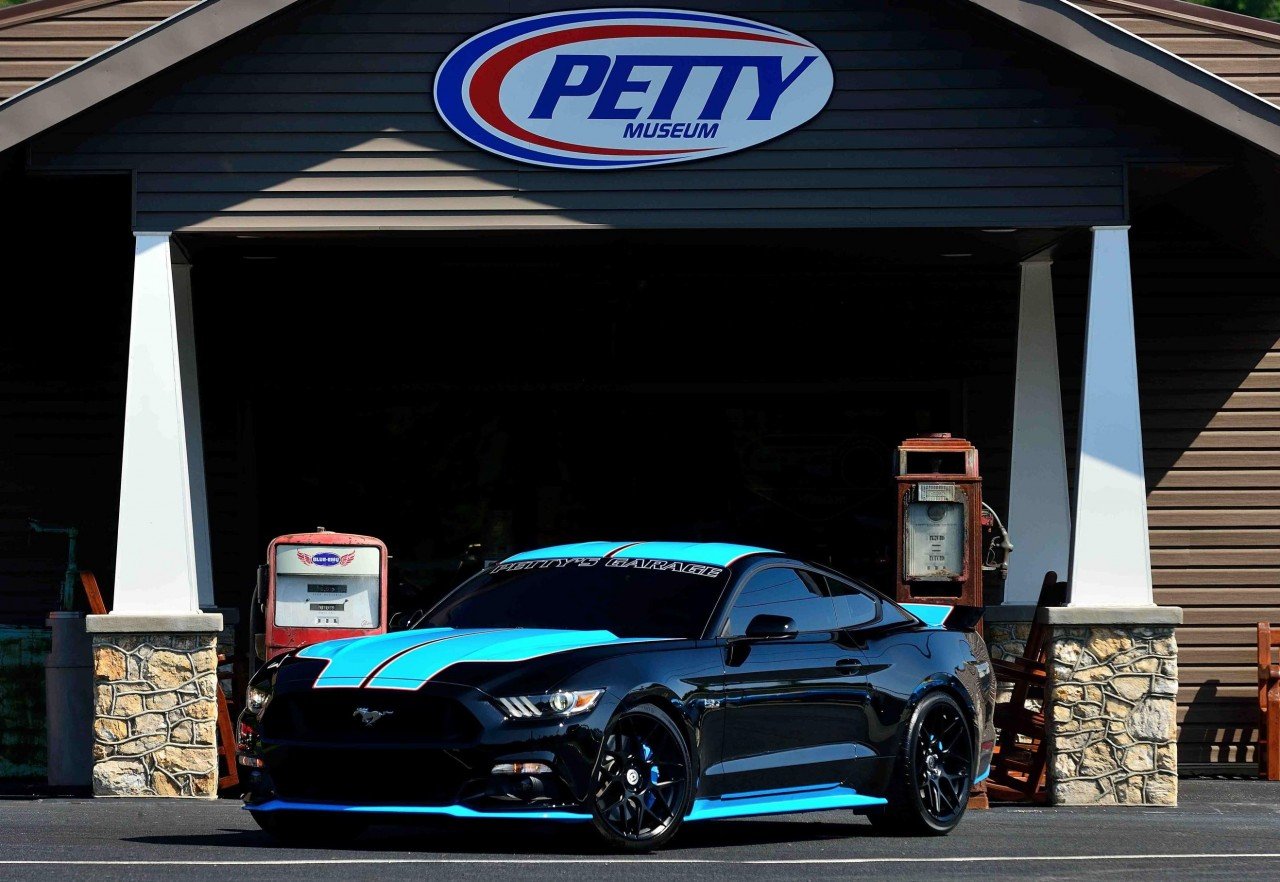 Meet the 2016 Mustang GT King Edition featuring up to 727 horsepower. The new Petty’s Garage 2016 Mustang King edition means that Ford’s pony will be hell for some cats.

Petty’s Garage – the in-house speed shop of NASCAR legend Richard “The King” Petty – returns with a limited number of highly modified Mustang GTs built to the specifications of The King himself.

“I’ve always liked the look of the Mustang, and the 2016 model gives us a great base car to work with,” said Richard Petty. “These new King edition Mustangs are pretty much the way I’d build my own. They are great fun to drive, and have a signature single exhaust. “With the new paint on the Premier edition,” he added, “that’s how you know we built it. They look pretty sharp.”

The modified Mustang GT will come in three editions with small production numbers – 243 King models, 43 King Premier and 14 King Premier convertibles. Customers can order the cars through their local Ford dealership. Starting suggested retail prices are $67,495 for the King edition and $90,495 for King Premier.