No Penalties to Truex or Johnson after Failed Post Race Inspection

No penalties to Martin Truex Jr the race winner at Chicagoland Speedway last week. The #48 of Jimmie Johnson, who also failed post-race inspection will also not be penalized. NASCAR has also loosened the infractions of failed laser inspections.

NASCAR announced Wednesday that it will solidify its post-race inspection penalty structure for infractions stemming from the laser inspection station (LIS), eliminating the P2 and P3 levels for those violations. The P4 level for LIS infractions remains, and violations at this level will remain encumbered. 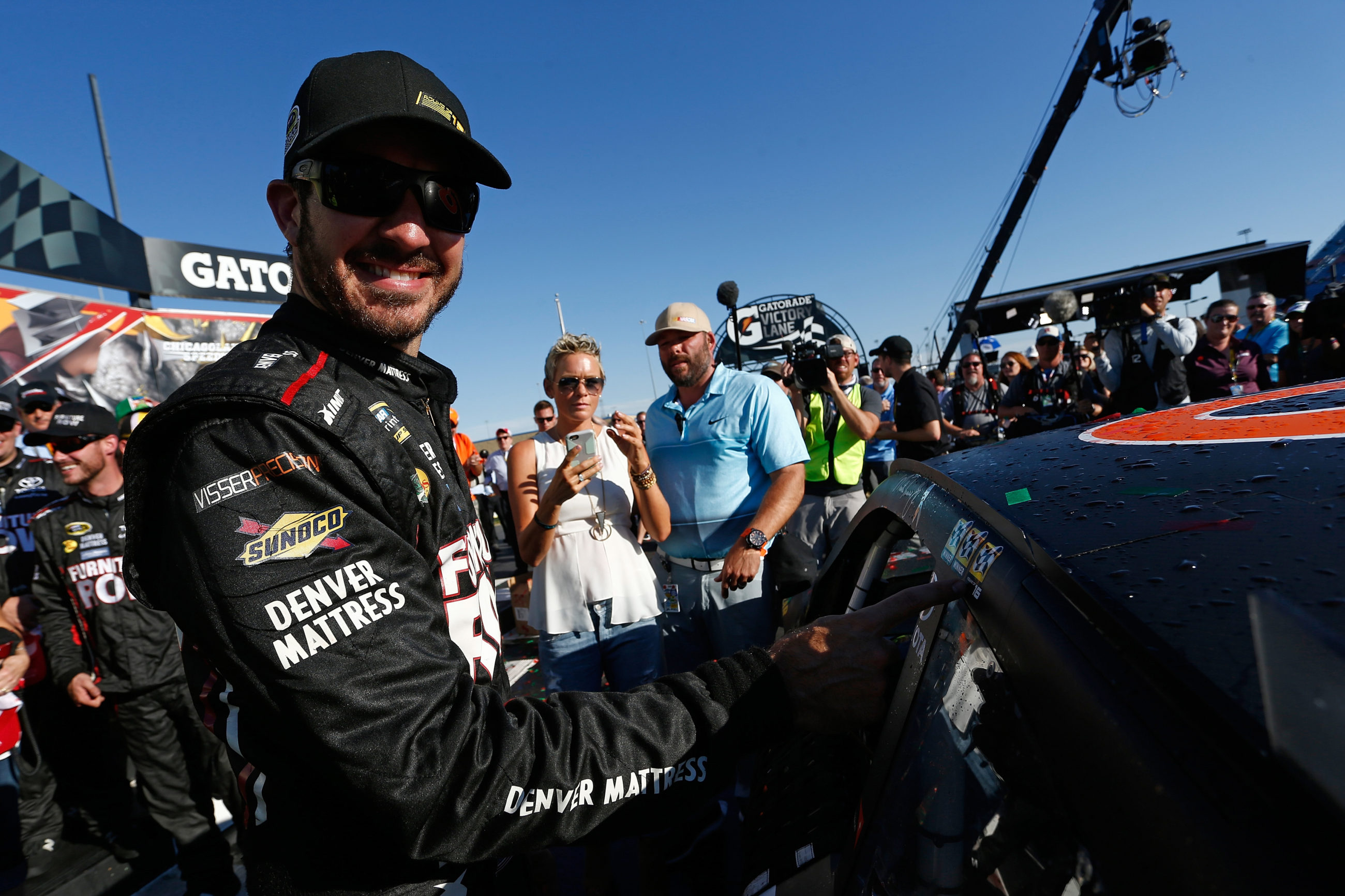 NASCAR also announced that neither the No. 78 driven by Martin Truex Jr. and the No. 48 driven by Jimmie Johnson will be penalized for failing post-race LIS following last Sunday’s Chicagoland Speedway.

Martin Truex Jr. won the Teenage Mutant Ninja Turtles 400, assuring the No. 78Furniture Row Racing team of a berth in the Round of 12 in the Chase for the NASCAR Sprint Cup. Jimmie Johnson finished Sunday’s race in 12th place in the No. 48 Hendrick Motorsports Chevrolet.

“The right rear of our car was well within the tolerance margin, which showed that we were trying to be conservative,” the statement read. “However, the left rear wheel alignment was off by approximately ten-thousandths of an inch, which in high probability was due to damage in that area as a result of being hit by the No. 4 car.

“We believe the laser inspection numbers were correct and accept NASCAR’s decision that was made following Sunday’s Sprint Cup Series race at Chicagoland Speedway.”