Patricia Driscoll charged after stealing from a foundation she ran. Theft totaling more than $599,000 for the years 2006 to 2014. 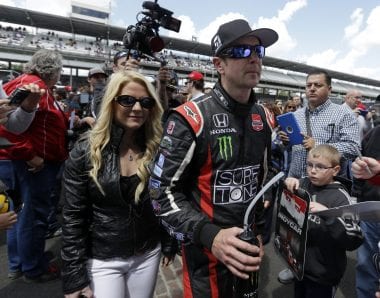 Patricia Driscoll is the former girlfriend of NASCAR driver Kurt Busch. She is also the same woman that reported Kurt Busch of domestic violence in 2015. NASCAR responded at that time by a suspension of Kurt Busch from the racing series.

RELATED: Kurt Busch will not be charged in domestic violence case

The domestic violence case was eventually closed. NASCAR also lifted the ban of Kurt Busch from the Stewart-Haas Racing machine.

Fast forward to 2016. Patricia Driscoll is now being indicted on two counts each of wire fraud, mail fraud, and tax evasion, and one count of attempts to interfere with administration of Internal Revenue laws.

Court documents don’t say how much prosecutors believe Patricia Driscoll stole from the District of Columbia-based Armed Forces Foundation. But a 2014 tax return for the non-profit organization says that the “foundation has become aware of suspected misappropriations”. They claim she misused money for meals, travel, parking tickets, makeup and gifts.

The mission of the Armed Forces Foundation is to support service members, veterans as well as their families.