2017 NASCAR Rules Package has leaked. A copy was released a copy of the proposed rules changes to NASCAR teams.

The moto seams to be man and the machine, less downforce. 500 lbs of downforce will be removed from the cars.

While at the same time NASCAR has made several changes to make the cars safer as well. 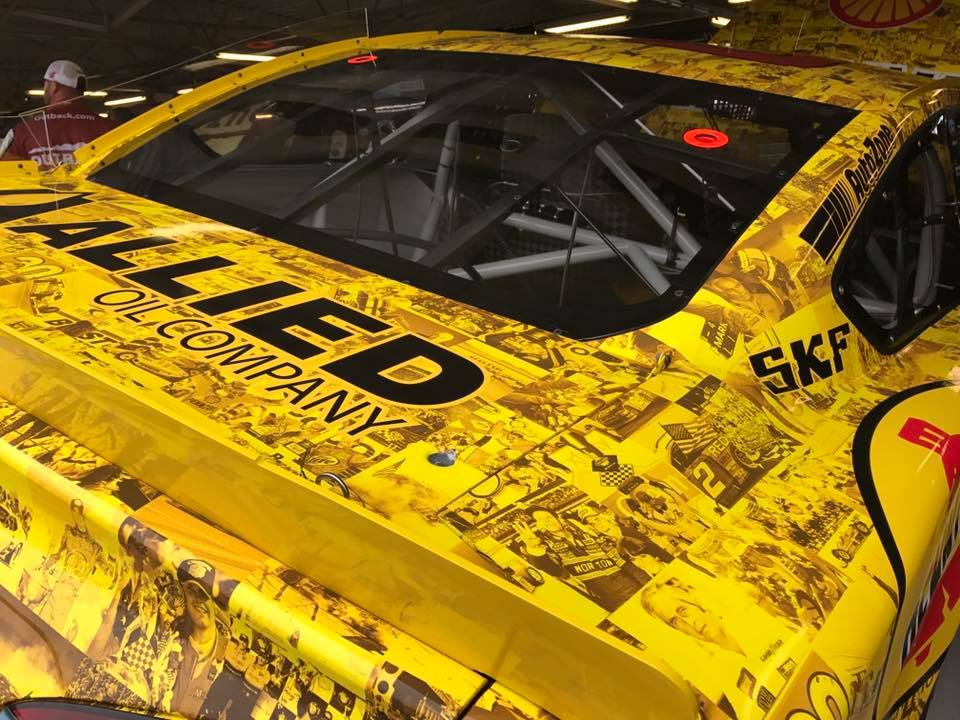 The aero changes are the next evolution of the platform first rolled out for select events in 2015. Mandatory for 2016, those changes reduced downforce (the pressure exerted on a vehicle as it moves through the air) from 2,700 pounds to approximately 2,000 pounds. The 2017 package is expected to reduce downforce by approximately 500 pounds, landing in the 1,500-pound range.

“The objective there is to give the drivers, put the driving back in their hands a bit more … take less aero dependence off the car,” Gene Stefanyshyn, NASCAR Senior Vice President of Innovation and Racing Development, told NASCAR.com. “That’s the big thing.

Safety enhancements, which include strengthening the interior driver compartment, will be mandatory for superspeedway events at Daytona International Speedway and Talladega Superspeedway and optional at the remaining venues for 2017.

Officials previously announced thicker anti-intrusion plating where it already existed in the cockpit as well as additional plating in areas not currently covered. Toeboard foam will also be mandatory at superspeedways, as will the addition of a roof hatch.

Changes to steering column mounting and the use of a garage-only fuel coupler (mandatory for all events) complete changes in the safety arena.

“Basically … there is going to be a strengthened dash firewall; (on the) front left of the chassis there will be a piece zippered in; also in the back, near the rear clip, another piece that will be zippered in,” Stefanyshyn told NASCAR.com. “The floorboard and toe board area will be made out of one piece, beefed up, also.

“This has a couple of elements to it; one is to manage front crash, the other to manage if you are hit in the side.”

A stronger floorboard, with toe board foam, should lessen the odds of a driver involved in a hard impact suffering a broken limb.

The fuel coupler designated for garage use only is intended to lessen spillage by more efficiently closing the valve upon disengagement. It is a safety as well as environmental initiative.

The aero package for superspeedway races at Daytona and Talladega will remain unchanged, although there will be a decrease in restrictor plate size (from 57/64ths to 7/8ths of an inch) to combat increasing speeds at the two tracks.

Additionally, the vehicle weight will increase by 20 pounds to accommodate structural changes to the cars.

NASCAR will also reduce the tire allotment provided to teams next season and require teams to start the race on the tires used in qualifying.

“We’ve been tracking tires for two or three years now and we see how many are purchased and how many remain,” Stefanyshyn said. “We are seeing that there is an opportunity to trim some tires. … Also we’re starting to creep up to trying to bring some strategy around the tires.

“It’s not a huge reduction, it’s a comfortable reduction but it’s kind of moving in that direction.”

Here’s a breakdown of some of the major changes to the 2017 NASCAR Rules Package.

An update to the National Series testing policy which would allow drivers returning to the sport following a medical absence to have an extra test under the discretion of the sanctioning body. The driver’s team must request the test and provide adequate documentation from the competitor’s physician. Once approved, the test will be scheduled so as to not provide the returning driver with a competitive advantage.

Splitter measurements for the 2017 package will be the same as those for the 2016 Kentucky and Michigan races, with a 3-inch reduction in the outboard (side) areas.

Roof hatches will remain optional at other race tracks. The roof hatch will be constructed above the driver’s head as an alternative exit.

5. Energy Absorbing Material added to the toe board in the driver’s cockpit

NASCAR-approved toe board will be mandatory at Superspeedways. Toe Board must be fastened to left-side front firewall (main vertical section) and left-side floorboard forward section with a composite cover.

Drivers can use non-telematic devices to monitor vital signs with internal battery power which cannot be connected to any other vehicle electrical system such as the car’s battery, ECU or digital dash display. Any data generated from the device cannot be downloaded during qualifying or the race.

The teams across all 3 top level NACSAR series teams will see a reduction in tires usage. Drivers will be forced to start the race on the same set of tires they used in qualifying.