iRacing Ferrari 488 GTE is now in development. The Ferrari 488 GTE was seen in the WeatherTech IMSA SportsCar Championship. The GT3 car is now ready to be scanned and submitted to the online racing service. 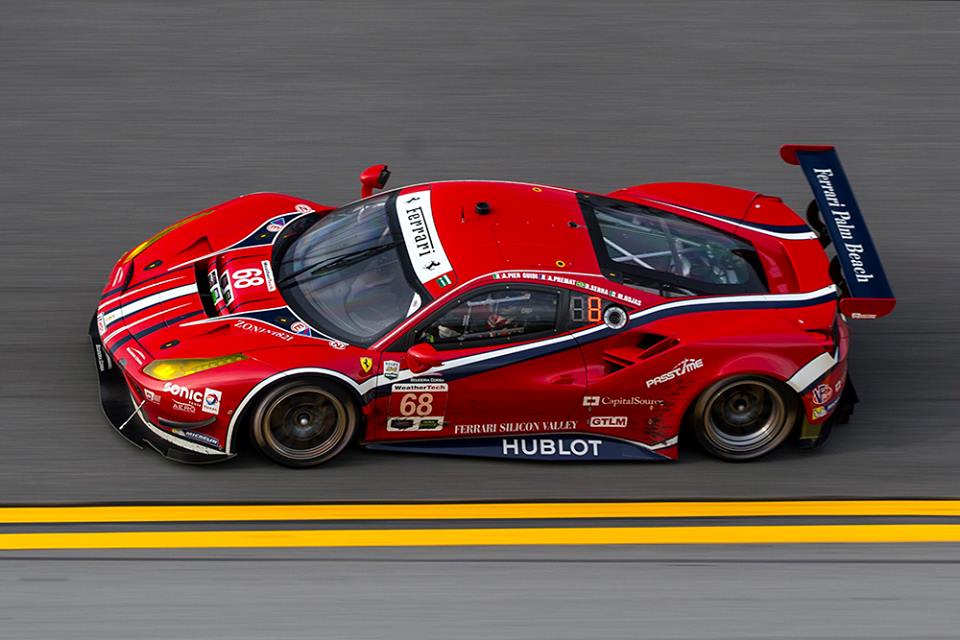 The Ferrari racecar made it’s debut (IRL) just last season. The Ferrari GT3 cars were fielded by two teams Scuderia Corsa as well as SMP Racing. The Ferrari 488 GTE hit the track for the first time in the 24 Hours of Daytona, early 2016.

The car will make it’s digital debut soon. I’m sure the car will be for use across multiple classes on the iRacing service. One will certainly be the Blancpain GT Series and of course the IMSA division.

IRacing and Ferrari have come close, many times, to creating a partnership. Multiple deals have been in the works since the inception of iRacing. However, the staff has always been quoted as “It’s too expensive.” In reference to the Ferrari licensing program.

“This is a landmark moment for iRacing and online racing,” says Steve Myers, Executive Vice President and Executive Producer for iRacing.com. “Ferrari is synonymous with world championship caliber race cars and high performance automobiles. The Prancing Horse logo famously inspires passion among racing and automotive aficionados everywhere. iRacers are also passionate about online racing and I have no doubt they will be thrilled at the prospects of racing the 488 GTE and other Ferraris in the future.”

The Ferrari 488 will join iRacing’s stable of more than 50 meticulously-modeled open wheel, sedan, sports and stock cars which race on laser-scanned versions of the world’s legendary road courses and ovals in private leagues and officially-sanctioned sim racing series including the Blancpain GT Series, the iRacing World Championship Grand Prix Series and the NASCAR PEAK Antifreeze Series.

To learn more about iRacing and to take advantage of 40% off special offers go here:  http://www.iracing.com/