McLaren is Looking for a New CEO

Ron Dennis led McLaren for 35 years. In that span of time he led the team to 10 F1 drivers championships as well as 7 constructors championships. As of Tuesday, Ron Dennis is the ‘former’ Chief executive and chairman at McLaren Technology Group.

Recently, the team has fallen on lack-luster results. These lack-luster results are exspected though from any logical person. A winning F1 engine isn’t built in a day. Honda recently joined the team, which means they are basically starting from scratch with their engine progress. In the billion-dollar world of F1, money does buy speed but it doesn’t buy it instantly.

The shareholders have lost patience. A vote has been cast. The results are: majority shareholders choose to place him on gardening leave.

Ron Dennis Offers Statement on his exit from McLaren F1 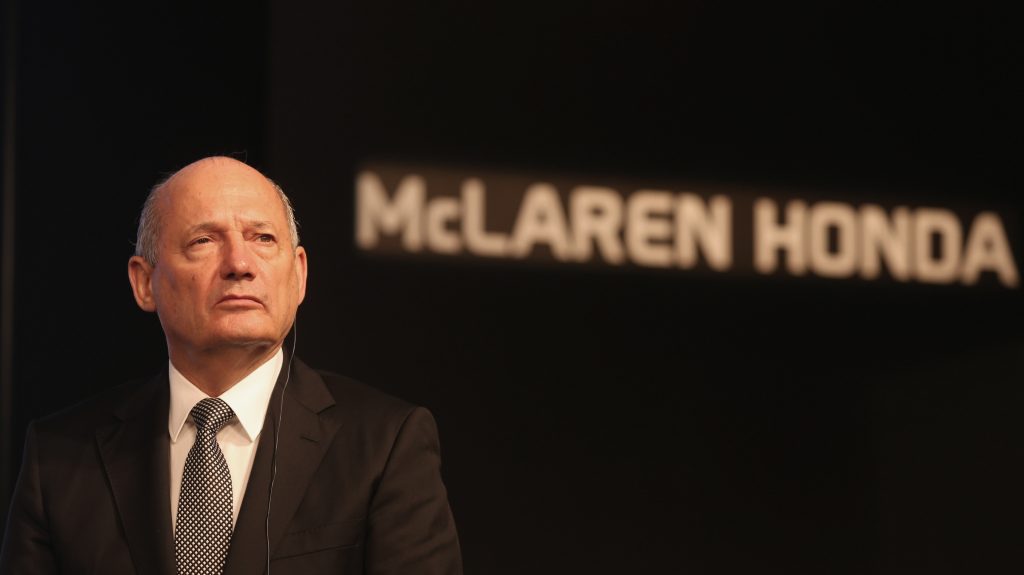 “I am disappointed that the representatives of TAG and Mumtalakat, the other main shareholders in McLaren, have forced through this decision to place me on gardening leave, despite the strong warnings from the rest of the management team about the potential consequences of their actions on the business.

“The grounds they have stated are entirely spurious; my management style is the same as it has always been and is one that has enabled McLaren to become an automotive and technology group that has won 20 Formula One world championships and grown into an £850 million a year business. Throughout that time I have worked closely with a series of talented colleagues to keep McLaren at the cutting edge of technology, to whom I will always be extremely grateful.

“Ultimately it has become clear to me through this process that neither TAG nor Mumtalakat share my vision for McLaren and its true growth potential. But my first concern is to the business I have built and to its 3,500 employees. I will continue to use my significant shareholding in both companies and my seats on both boards to protect the interests and value of McLaren and help shape its future.

“In addition I intend to launch a new technology investment fund once my contractual commitments with McLaren expire. This will capitalise on my expertise, my financial resources, together with external investment to pursue the many commercial opportunities I have been offered in recent years but have been unable to take up while being so committed to the existing business.”

Over the past 35 years Ron’s contribution to the success of McLaren has been colossal. During his tenure the team won 17 World Championships and 158 Grands Prix, making him the most successful leader in Formula 1 history. Like the company’s founder, Bruce McLaren, Ron is and will always be one of the true greats of the sport.

McLaren Technology Group is now in the process of seeking a new Chief Executive Officer. Until such an appointment has been made, the company will be run on an interim basis by an Executive Committee comprising the Group’s majority shareholders, in close collaboration with the Board of Directors and the senior management team, all of whom remain utterly committed to the company, its partners, its employees and its fans, and share a passionate determination to build on our many strengths towards future prosperity.