KANNAPOLIS, North Carolina – After three NASCAR Sprint Cup titles, 49 victories and 618 starts, Tony Stewart will climb in his No. 14 Always a Racer/Mobil 1 Chevrolet for the final time in his 18-year career Sunday afternoon at Homestead-Miami Speedway and conclude what is destined to be a first-ballot Hall of Fame career.

But save the tears, race fans. He isn’t done driving and he isn’t going away. 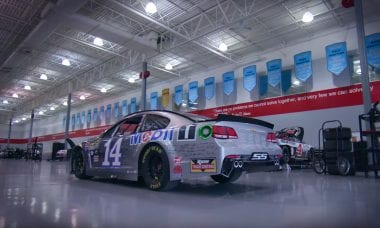 “You’re going to see me driving a lot next year, but most of it will be on dirt,” Stewart said. “I kind of look at this as halftime of my career and I’ll still be around the NASCAR garage. I’ll just have more time. If I see Richard Petty or anyone else in the garage, I can go over and talk to him now and not have to worry about getting to the car or trying to figure out how to make my car go faster. I can focus now on what I want to do and my job at SHR (Stewart-Haas Racing.)”

The last Tony Stewart paint scheme is carrying each SHR employees’ signature with the words “Always a Racer, Forever a Champion,” as well as pictorial highlights of his 18-year career on the hood. Except for the special paint scheme and hosting about 75 SHR guests to watch his final race, Stewart’s finale will be low-key as the rest of the racing world watches the culmination of NASCAR’s 2016 Chase for the NASCAR Sprint Cup, during which the sport will crown its champion.

“We didn’t want all the ceremony and distraction this year,” Stewart said. “We just wanted to focus on the racecar and run well and let the NASCAR fans see us race a final time.”

Stewart has avoided much of the pomp and circumstance, opting instead to race well and accept a few accolades along the way from tracks and SHR’s corporate partners. The strategy has worked as Stewart has returned to the front of the field, logging five top-five and eight top-10 finishes in 2016. The highlight came in June, when Stewart made a last-lap pass of Denny Hamlin at Sonoma (Calif.) Raceway to claim his 49th career victory that ultimately led to a berth in the 2016 Chase, where Stewart fell a few points short of advancing to the Round of 12. 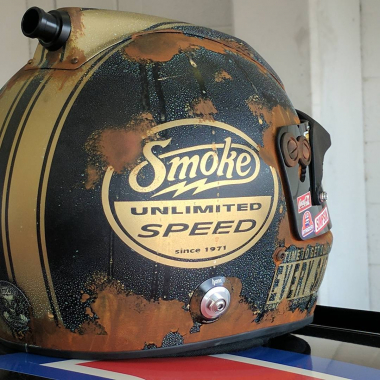 He’d like nothing more than to close his 2016 season, as well as his career, with a strong run Sunday on the high-banked turns at Homestead-Miami Speedway. He won the first two Sprint Cup races at the South Florida track in 1999 and 2000, then visited victory lane again in 2011, when he won a thrilling duel with Carl Edwards.

The victory left Edwards and Stewart tied in points, with Stewart winning his third Sprint Cup title based on a tiebreaker. In 16 career starts at the 1.5-mile oval, he also owns four top-five and seven top-10 finishes and has led 450 laps. He’s completed 4,186 of a possible 4,277 laps at the track.

The full list of Stewart’s assault on the NASCAR record book is a long one but, when he climbs from the No. 14 Sunday, he’ll do so as the 13th-winningest driver with his 49 wins. His three Sprint Cup titles ties him for fifth all-time, and he’s also won IndyCar and IROC championships. His race wins include: 11 in the NASCAR Xfinity Series, six in the NASCAR Camping World Truck Series, three in IndyCar and four in IROC. Plus, he’s won countless short-track races and titles since he first climbed in a go-kart in Indiana all those years ago.

Not even Stewart knows what 2017 will bring for him. He knows he’ll be dirt racing, overseeing his World of Outlaws team and Eldora Speedway in Ohio. He’ll also keep up with his duties at SHR and welcome Clint Bowyer, who’ll climb behind the wheel of the No. 14 beginning in Daytona in February.

But there will be time for Stewart to enjoy a little of what he has missed while competing on the grinding NASCAR tour the last 18 years. 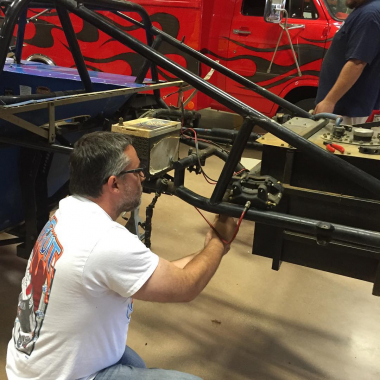 While Sunday night will close a significant chapter in the career of one of the sport’s most significant drivers, it will open new doors that Stewart is ready to walk through and see what awaits on the other side.

Who did you most enjoy racing against?
“Before I got to NASCAR, the greatest guy was Kenny Irwin Jr. We were rivals, but there were a lot of times where we had a lot of fun together. He was somebody I had a high level of respect for. When I came to NASCAR, everybody was fun. You had Dale (Earnhardt) Sr., Rusty Wallace, Dale Jarrett, Mark Martin, Bobby Labonte, Terry Labonte, Jeff Burton and others.

I mean, they were all fun before they were fun guys. They all their own personalities and things they liked and disliked. Mike Skinner was a good friend of mine back when he was running full-time. There were a lot of fun guys. That’s the best part about the sport. It’s the people who are part of it that make it what it is.”

Have you thought about what you will do once you retire? What will you miss the most?
“Well, this year’s my 18th year but, you know – I think it’s – I turned 45 this year and you know I still have unfinished business in dirt-track racing that I want to do and, yeah, winning three championships on the Cup side, and I never won the Daytona 500 but I won the Brickyard 400 twice.

So I’ve had a really good run there and there are a lot of things in the sport that are changing. But something that’s important to me is I don’t want to lose track of where I came from, and I’m ready to go back to dirt racing. I’m really craving it. I think the stress of trying to be an owner and driver at SHR, I mean, it’s hard to have that much weight on your shoulders and try to compete at that high of a level as a driver and, at the same time, be an owner.

So, stepping away from the driver side and being able to do a better job of focusing on the four drivers we’ll have next year. That’ll make my life a lot easier. And then, at the same time, it gives me the opportunity to play two roles. I get to be the boss of SHR but, in the evening, I get to go race and have fun myself and get my fix that way.

So I’m looking forward to it. I think it’s going to be – I can already tell – it’s going to be a lot of fun. I mean, Jeff Gordon and I are great friends and he’s in his first year of retirement, so he’s already told me what to look forward to for the next year. So I’m excited about that.

Are there non-racing things you want to do?
“Yeah, I’m just not sure what they all are, yet. That’s the thing. When you have raced for 38 years, that’s all you know, it’s all you think about, that is all you dream about. When you wake up, you’re thinking about it. While you are eating breakfast, that’s all you do.

I just can’t imagine that there’s not more to life than this. I know there is. I know people who talk about it all the time. I’ve got friends like Don Prudhomme and Ray Evernham and guys who are already retired who talk about how much fun they’re having. I’m like, ‘Man, that sounds like a good time to me.’”

What has this final season been like, for you, with everybody knowing it’ll be your last year in the car?
“Before the season started, we said our only goal was to go out and have fun. Anything else would be icing on the cake.”

PREV POST
Johnson, Truex not happy with NASCAR Pull up to Pit Penalty