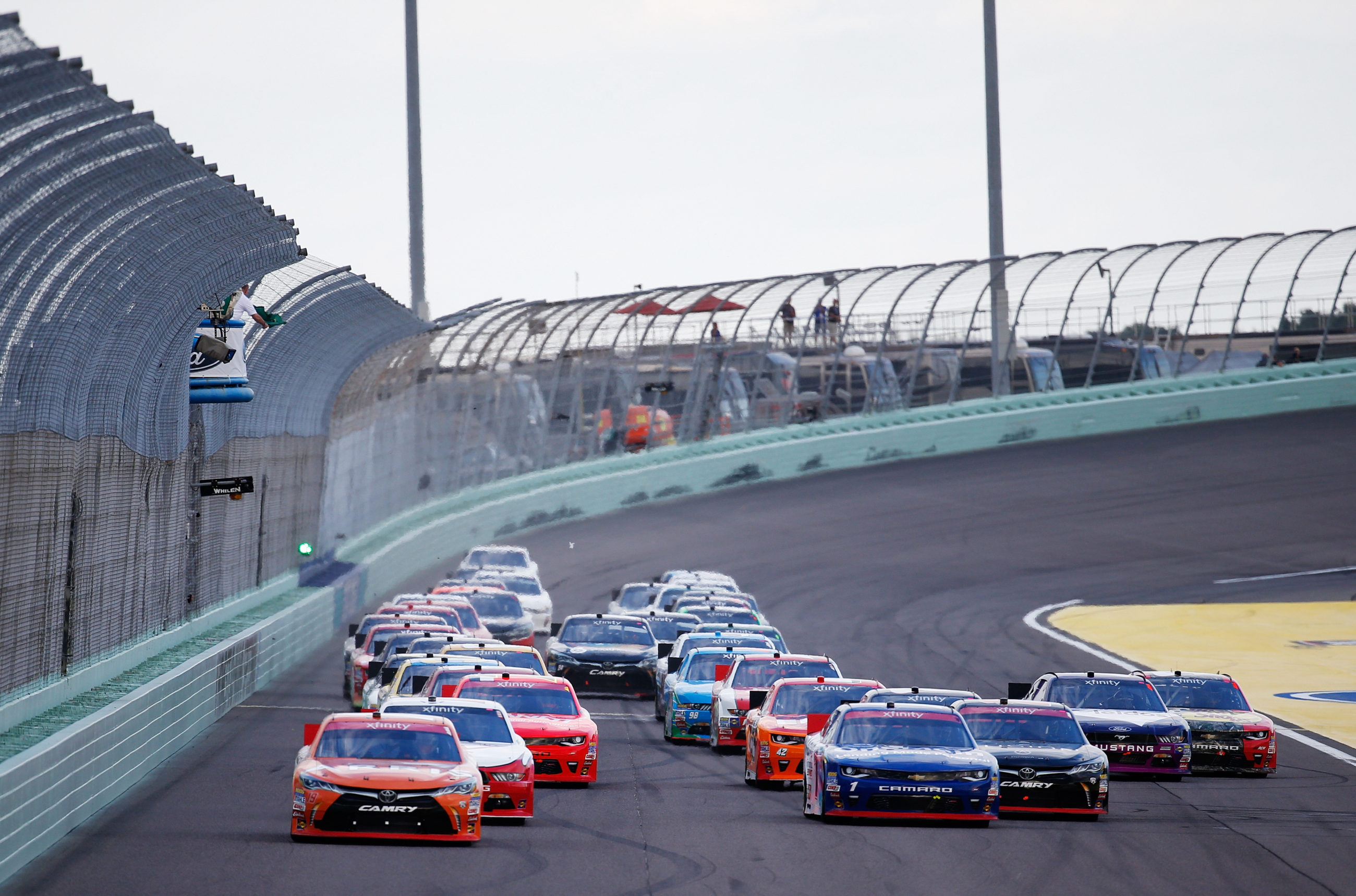 The NASCAR Chase format basically crowns a different champion, in most years prior. NASCAR Non-Chase points are something to look at for curiosities sake. But it’s nothing that will be officially added to the record books, in any way.

The 2016 NASCAR Xfinity Classic point standings are basically the current points, without the chase. That means a continual points format, without elimination. In this format, a win or advancing to the next round doesn’t award you +1,000 points.

The 2016 NASCAR retro point standings below still use the current points structor. Meaning, it’s basically 1 point per position. In the old style, there was a gap points differential between positions. So, it’s not truly the old NASCAR points system. It’s just the current NASCAR Xfinity standings without the chase.

Elliott Sadler forfeited a huge points lead heading into the first round of the 2016 Xfinity Chase. Despite that, he was able to maintain his points lead throughout the elimination rounds in the NASCAR Xfinity Series.

The final race at Homestead-Miami Speedway was won by Daniel Suarez. This gave him the championship after a late race restart shook up the Championship 4. Sadler finished 3rd in the final round of the 2016 NASCAR Xfinity Series tour. But that wasn’t enough to claim the championship as Suarez took the win and the National Title.