Many NASCAR fans dislike the chase, others love it. As a hypothetical, how would the 2016 NASCAR Championship standings look without the chase? See the NASCAR classic point standings below.

The 2016 NASCAR Cup Classic point standings are basically the current points, without the chase. That means a continual points format, without elimination. In this format, a win doesn’t give you +1,000 points. 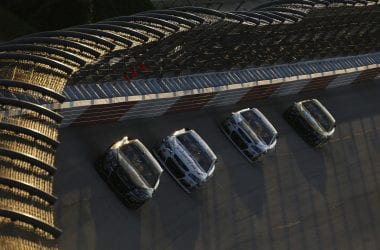 The 2016 NASCAR retro point standings below still use the current points structor. Meaning, it’s basically 1 point per position. In the old style, there was a gap points differential between positions. So, it’s not truly the old NASCAR points system. It’s just the current NASCAR standings without the chase.

The NASCAR Chase format basically crowns an alternative champion, in most years prior. NASCAR Non-Chase points are something to look at for curiosities sake. But it’s nothing that will be officially added to the record books, in any way.

Before The Chase drivers were required to finish well while also avoiding accidents. The new Chase requires drivers to run harder and put your car in higher risk situations, in search of the all important win.

Avoiding accidents is far less important, until you reach the short elimination rounds. Drivers must also ‘get hot’ at the correct times. Timing is important when you only have 3 races to get it done and advance to the next round.

I’ll fully admit to having a burning hatred of The Chase, in the beginning. I’ve since grown to like it. As you’ve found this page, I’m certain you likely disagree with me and that’s ok. We can agree that we share a mutual curiosity on what exactly the old points standings would look like. So I created this page for you and I.

I’ve just recently decided that I like the new definition of a ‘season champion’.