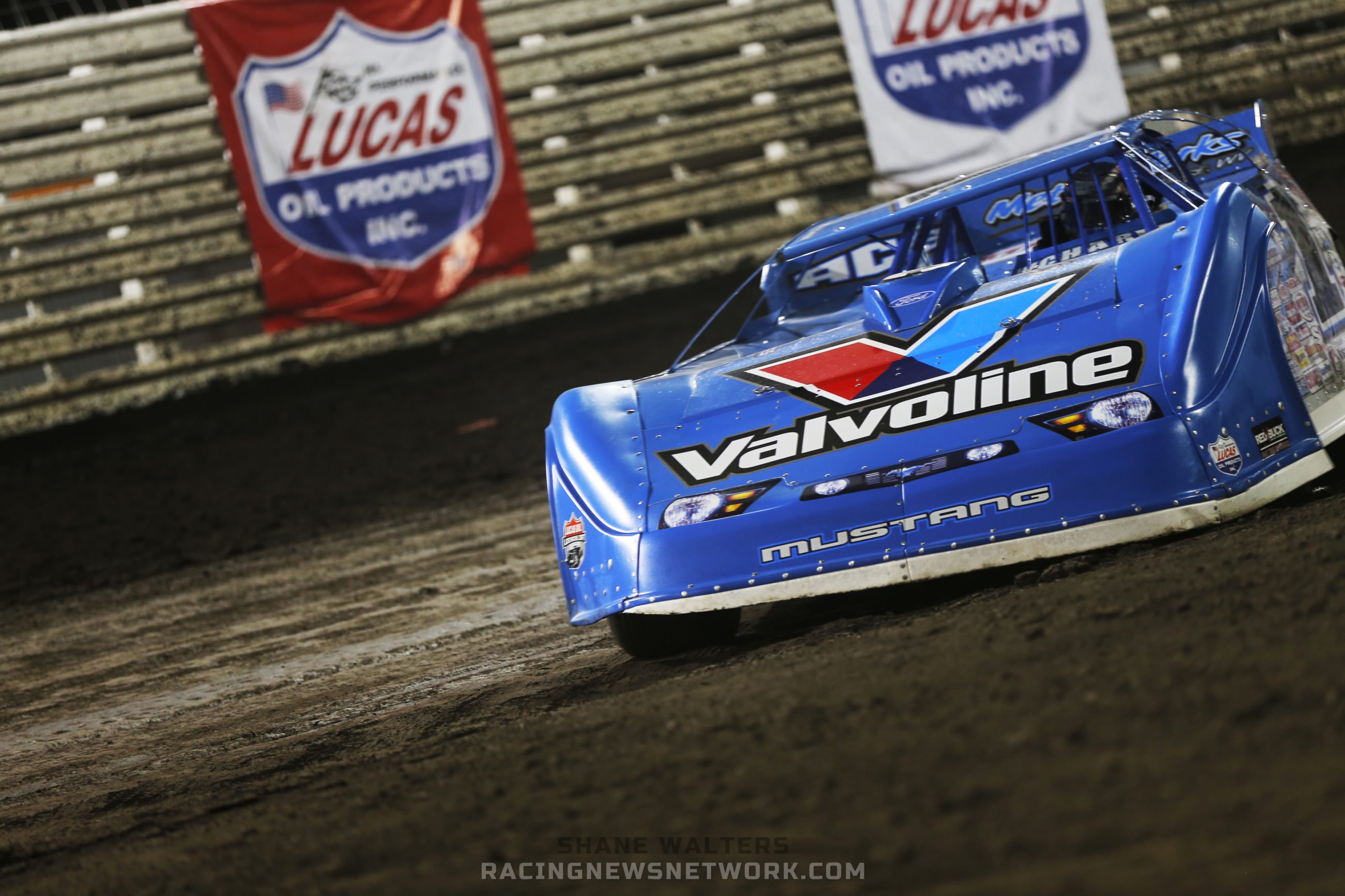 For the first time Brandon Sheppard’s young career, the Mark Richards led team will compete for the World of Outlaws Craftsman late model (WoOLMS) championship in 2017. Similar to last year, the #1 car will run crown jewel events and major races that don’t conflict with the WoOLMS schedule.

“Brandon was one of our top choices” stated MRRI owner Mark Richards.

He continued, “He did an outstanding job for us during the 2012 season, our marketing partners and I are quite comfortable with him and he has been a loyal Rocket Chassis supporter/customer for many years now. I really do consider him one of the top young talents in dirt late model racing today and we’re thrilled to have him come aboard.”

“I can’t express how excited I am to have this opportunity with Mark (Richards) and Steve (Baker) at Rocket Chassis.” Quoted new driver Brandon Sheppard.

The new Rocket Chassis house car driver calls the #1 ride an honor, “It truly is an honor to sit in the blue #1 and I’d like to thank Mark, Steve, along with Valvoline, Seubert Calf Ranches and the other marketing partners for having the confidence in me to represent them.

Gunter’s Honey of Berryville, VA joins the team as an associate marketing partner.

2016 WoOLMS Crew Chief of the Year Danny White will return to the #1 team in 2017 along with two new crew members. Veteran full-time dirt car crew member Austin Hargrove who won a World 100 with Bart Hartman will join the team along with Joel Rogers.

Valvoline™ is a leading worldwide producer and distributor of premium-branded automotive, commercial and industrial lubricants, and automotive chemicals. In 2016, it ranks as the #2 quick-lube chain by number of stores and #3 passenger car motor oil in the DIY market by volume brand in the United States. The brand operates and franchises more than 1,050 Valvoline Instant Oil ChangeSM centers in the United States. It also markets ValvolineTM lubricants and automotive chemicals; MaxLifeTM lubricants created for higher-mileage engines, SynPowerTM synthetic motor oil; and ZerexTM antifreeze. For more information, please visit Valvoline.com.

Kyle Bronson back to Rocket Chassis

Tyler Bare took his car to Rocket Chassis for a diagnoses; Returned with a LOLMDS podium

PREV POST
Are we witnessing a World of Outlaws boycott?