The Watertown, NY driver has a storied resume and joins the North Carolina based chassis manufacturer as its house car driver for 2017. The new alliance, fueled by McCreadie’s longtime marketing partner Sweeteners Plus as the primary sponsor, will pursue the 2017 Lucas Oil Late Model Dirt Series Championship.

“It’s no secret that there is a good working relationship between Tim and Longhorn”, stated Longhorn’s Justin Labonte. “Tim works as hard as any driver I have ever met and he is a great fit for our program. His passion for success is unparalleled and his feedback has been extremely valuable in developing our new dirt late model chassis. We look forward to working with him and Sweeteners Plus in our collective pursuit of the 2017 Lucas Oil Championship.” 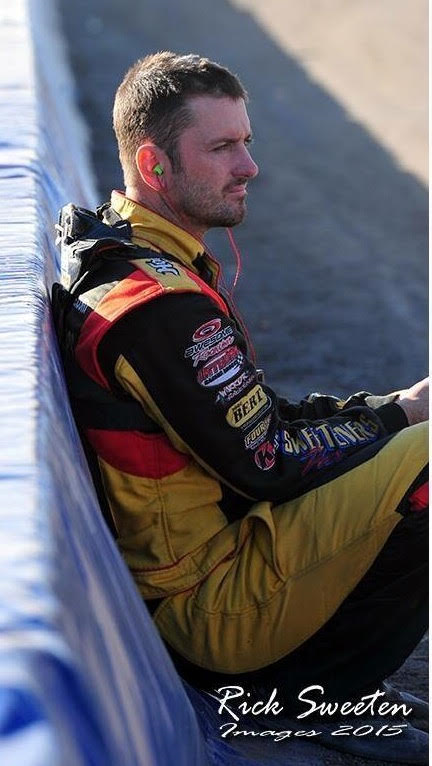 McCreadie, who worked very closely with the Longhorn stable in the late stages of 2016, finished 3rd in the 2016 LOLMDS standings before debuting a new Longhorn Chassis during the World Finals at The Dirt Track @ Charlotte.

McCreadie secured a Fast Time Award and 2 Top 10 finishes (7th & 2nd) at Charlotte. One week later, the team then reeled off 2 preliminary victories and a strong runner-up finish in the National 100 at East Alabama Motor Speedway.

“First and foremost, I would like to thank Ann & Carl Myers and Sweetners Plus for all the support they have given me over the years”, stated McCreadie.

“I also have to thank Vic Coffey here at Coffey-McCreadie-Enterprises. I am grateful for the opportunities that these relationships have afforded me and my racing career. With that said, Vic and I are very humbled that the Labonte family and Longhorn Chassis would include us in their plans to further the development of their chassis as their house car team. I can’t wait to get the 2017 season rolling and pursue the Lucas Oil Late Model Dirt Series championship.”

While a complete 2017 schedule and the remainder of the team’s marketing partners are still being finalized, McCreadie will compete in numerous Crown Jewel and special event races that do not conflict with the 2017 Lucas Oil schedule.

The team will kick off its 2017 LOLMDS campaign on February 10th at the Super Bowl of Racing at Golden Isles Speedway.