Paige White is Soon to be Brad Keselowski’s Wife

Meet Brad Keselowski and soon to be wife Paige White. They are now set to be married.

View the proposal photos below, as Brad asked Paige White to marry him.

The two went on a trip with a photographer in toe. On a carriage ride, Brad Keselowski popped the question to Paige White. She said yes. 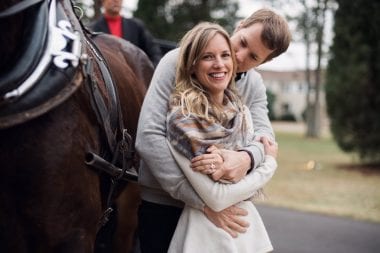 Paige White has a B.A. in Psychology, Minor in Pre-med Sciences. She went to school at ECU.

Keselowski and White have a daughter, Scarlett, who is 18 months old.

Paige White and Brad Keselowski engaged to be married, no date has been released to the public.