Cartersville, GA – NeSmith Racing officials have released the 2017 NeSmith Dirt Late Model Series Touring Division schedule. The schedule has 19 confirmed dates dotting the calendar, with a potential to add a couple of additional weekends as tracks finish up their 2017 schedules. Many venues make a return to the 2017 slate of events from 2016, while there are a couple of new additions as well. The 2017 season will see a re-structured travel schedule that officials feel will make summer time events and travel concerns easier on competitors.

The 2017 Touring Division season will kick-off at one of the most exciting venues on the schedule with the “Rumble on the Gumbo” at Greenville Speedway in Greenville, Mississippi. The double header weekend to start the regular Touring Division National Points chase will take place on Friday April 7th with a $2,000 to win, 40 lap feature, and then finish up on Saturday April 8th with a $2,500 to win, 50 lap main event.

The second weekend on the schedule takes the Touring cars and stars to one of the biggest stages of the season for the first of two double race weekends at one of the longest tenured NeSmith Racing venues – Talladega Short Track in Eastaboga, AL. The two weekends that run in conjunction with the NASCAR events across Speedway Boulevard at the Talladega Super Speedway on Friday and Saturday May 5th and 6th, and then again on Friday and Saturday October 13th and 14th. Each weekend will feature $2,000 to win, 40 lap event on Friday night and $2,500 to win, 50 lap event on Saturday night.

A traditional stop for the series over the Memorial Day weekend is the “Salute to the Armed Forces Nationals” with events at Whynot Motorsports Park in Meridian, MS and Magnolia Motor Speedway in Columbus, MS. The 2017 edition will be sweeter than past seasons as Whynot Motorsports Park will be the site of the now combined “Salute to the Navy” and “Southern Crate Late Model Nationals” which will pay $5,000 to win. Qualifying and Heat Races will take place on Friday May 26th, with B-Mains and the $5,000 to win Feature on Saturday May 27th. Then on Sunday May 28th, competitors make the short drive to Magnolia Motor Speedway for the “Salute to the Air Force 40” for a $2,000 to win, 40 lap feature to round out the weekend.

A new stop for the series comes on Saturday night June 3rd as the series is proud to makes its first ever appearance at one of the most storied speedways in the country – Woodstock, GA’s Dixie Speedway. The event at the “Home of the Champions” is unique and the first ever of its kind as the NeSmith Dirt Late Model Series will run a $2,500 to win, 50 lap event in conjunction with a $3,000 to win, 50 lap event for the sister series Chevrolet Performance Super Late Model Series. The “Dixie Doubleheader” is one that all competitors and fans should circle on their calendar as both series will bring the exciting, side-by-side action they are known for to the hallowed grounds at the Swims’ family operated facility. 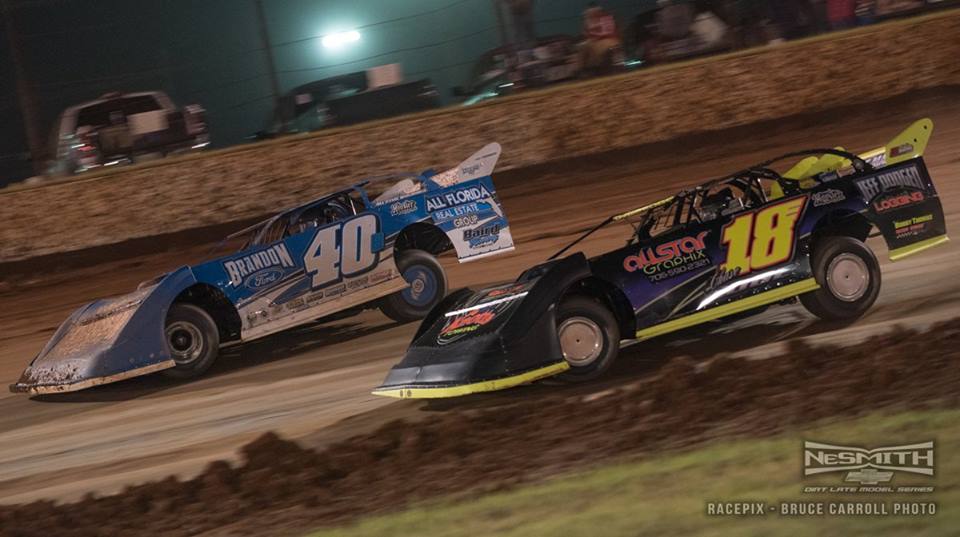 Friday June 9th will take the series to Tim and Angie Kyle’s I-75 Raceway in Sweetwater, TN for a $2,000 to win, 40 lap event.  The following night the series makes its way to one of the favorite stops for competitors, fans, and officials alike with the annual “J.T. Kerr Memorial 40” at Mitch and Tanya McCarter’s 411 Motor Speedway in Seymour, TN. The 40 lap event honoring the East Tennessee racing legend Kerr, will pay $4,000 to win and is one that always produces great action and an electric atmosphere for the great fans at 411.

Another multi-day race weekend that is on the schedule each season is the annual running of the “Salute to America Nationals” which takes place across the July 4th Independence Day weekend. The 2017 slate for the 4-race weekend will kick-off with a $2,500 to win, 50 lap feature on Saturday July 1st at Chris Martin’s Cochran Motor Speedway in Cochran, GA. Then on Sunday July 2nd, the tour will move to the Thomas’ family’s East Alabama Motor Speedway in Phenix City, AL for another $2,500 to win, 50 lap event. Monday night July 3rd, the series moves to Talladega Short Track in Eastaboga, AL for a $2,000 to win, 40 lap event before finishing up the weekend on Tuesday night July 4th at ECM Speedway in Bremen, AL with a $2,000 to win, 40 lap Independence Day spectacular to finish out the weekend. ECM Speedway(formerly called Arkadelphia Speedway) returns under new promoter Rodney Rice after a short hiatus.

The series will make a South Georgia weekend trip as the Touring Division will return to Oglethorpe Speedway Park in Pooler, GA for the first time since the 2011 season for a Friday September 8th $2,000 to win, 40 lap main event. The following night the tour makes a return trip to Cochran Motor Speedway for a Saturday September 9th stop paying $2,500 to win. 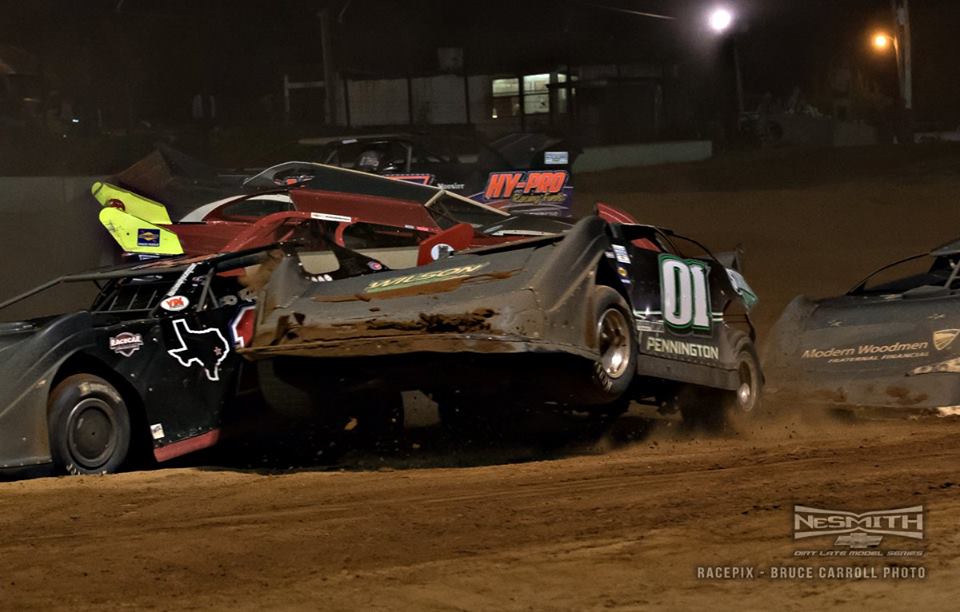 Another new stop for the 2017 season will come November 3rd and 4th at Tom and Kim Lowery’s Southern Raceway in Milton, FL. The 2016 version of the event was ran under NeSmith Racing supervision, and after a successful event, it has been added as a points race for 2017. The $10,000 to win, 100 lap event will have Qualifying and Heat Races on Friday November 3rd, and B-Mains and 100 lap feature on Saturday November 4th. Under the management of the Lowery family, the track, located just a short distance from the sandy-white beaches of the Gulf of Mexico, has seen many improvements for fans and competitors alike with more in the works for the future.

After a successful ending for the 2016 season, the “Possum Town Grand Prix” at Magnolia Motor Speedway in Columbus, MS will serve as the season ending points event for 2017. The 2016 version saw 66 entries flock to the immaculate facility owned and operated by “Dr. Dirt” Johnny Stokes and Charles Roberts. The 2017 Touring Season will finish up on the ultra-racy “Black Ice” surfaced track where the series will crown the NeSmith Dirt Late Model Series National Champion.

As of this release, there were negotiations ongoing about a couple of additional weekends to be added as venues finalize their 2017 event schedules. Those dates, should they be added, will be announced once confirmed. NeSmith Performance Parts Street Stock Division competitors are encouraged to be on the lookout as NeSmith Racing officials are working on approximately 5 weekends that will highlight the “Baddest Street Stocks on the Planet” with big events for the division.

*Schedule is Tentative and Subject to Changes/Adjustments*

Tanner English on the Gateway Dirt layout and national touring