The American Modified Series 2017 schedule has been released. Eighteen race dates are on the AMS tour for the 2017 dirt racing season.

Glasgow, KY (January 1, 2017)- Officials with the Summit Racing Equipment American Modified Series are pleased to announce the tour’s 2017 racing schedule as the group readies to begin its eighth season of competition.

The series will contest its 2017 schedule of events at ten different racing venues over the course of the 2017 racing season, with appearances at tracks in Illinois, Indiana, Kentucky and Ohio. The 2017 Summit Racing Equipment American Modified Series racing campaign will see competitors race for $50,000 to win in A-Main winner’s purses.

The Summit Racing Equipment American Modified Series will begin its 2017 racing at Bloomington Speedway in Bloomington, IN on Friday April 28 with the 4th Annual J.B. Robinson Memorial that will pay $2,000 to win. The tour will visit Lincoln Park Speedway in Putnamville, IN for the first-time ever to complete the weekend season-opener events on Saturday April 29 for another $2,000 to win event.

The month of May will see a trio of Summit Racing Equipment American Modified Series event on Memorial Day weekend as the tour will start the three-race swing on Friday May 26 at Farmer City Raceway in Farmer City, IL for a $1,500 to win contest. The middle event of the weekend will be the Memorial Day Weekend Roundup at Fairbury’s American Legion Speedway in Fairbury, IL for a $2,000 to win event. The weekend concludes with tour returning to Fayette County Speedway in Brownstown, IL for the first time in four years on Sunday May 28 for a $3,000 to win race.

Three events are also set for the month of June as the tour will visit Moler Raceway Park in Williamsburg, OH on Friday June 23 for $1,500 to win, following the next evening on Saturday June 24 with a visit to Florence Speedway in Union, KY, also a $1,500 to win event. The month concludes on Friday June 30 with the tour making its second trip of the season to Bloomington Speedway for an event that will pay $3,500 to win.

The month of July will feature four events for the tour, with Brownstown Speedway in Brownstown, IN returning to the tour on Saturday July 1 for $1,500 to win, with the tour making their second stop of the season at Fayette County Speedway on Tuesday July 4 to celebrate America’s birthday in a $1,500 to win event. Ponderosa Speedway in Junction City, KY will host a $2,000 to win event on Friday July 14, followed by series returning to Cedar Ridge Speedway in Morgantown, KY after a year absence at the track for the Hope for Harlie Benefit event, paying $2,000 to win on Saturday July 15. 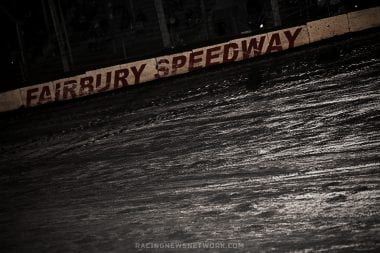 The tour will be idle in the month of August, but returns to action with five events in the month of September, beginning with a triple-header of competition on Labor Day weekend. The three-race weekend kicks off at Farmer City Raceway on Friday September 1 with a $3,000 to win contest, followed the next evening on Saturday September 2 at Fairbury’s American Legion Speedway for the 5th Annual Casey’s Modified Nationals, paying $10,000 to win. The weekend concludes on Sunday September 3 at Fayette County Speedway for a $5,000 to win event. The Friday September 15 is to be announced at this time, while a return trip to Lincoln Park Speedway in Putnamville, IN is slated for Saturday September 16 for the 14th Annual Patriot 100, paying $3,000 to win.

The 2017 season conclude on Saturday October 28 with the 8th Annual Summit Racing Equipment American Modified Series Season Championship event at Florence Speedway, with a top prize of $5,000 to win going to the winner of the season finale.

The Summit Racing Equipment American Modified Series will again see its events conducted of the rules and regulations of the UMP Dirt Car organization, with drivers able to earn points in the national UMP Dirt Car points chase, along with earning points toward the 2017 tour’s season championship.

NEXT POST
Larry Shaw Has Built A Lot of Race Cars