Former NASCAR track will be converted to dirt track. The Mansfield Motor Speedway dirt track will open in the spring 2017. Dirt track pioneer Cody Sommer is behind the project. Watch the official video below.

UPDATE: The conversion process has begun. Watch the video’s below as the asphalt gets ripped from Mansfield Motor Speedway.

MANSFIELD,OH. — The long history of racing in Mansfield Ohio is deep, rich and dates back to 1959 when the original track (Mansfield Raceway) first opened as a 3/8 mile dirt track.  It was converted to an asphalt track in 1999, renamed (Mansfield Motorsports Speedway) and has remained asphalt ever since.  The speedway saw its pinnacle moments from 2004-2008 where it held NASCAR Craftsman Truck Series events and drew standing room only crowds of over 20,000 in attendance.

Although there has been many ups and downs at the facility, different promoters, different names and major changes, no group has ever transformed the venue back to its original roots as a dirt track racing facility…until now.

Mansfield Motor Speedway is excited to announce it will be transforming the .44 Mile oval into a full blown dirt racing track and will host some of the biggest short track events across the country, amongst other entertainment for the Mid-Ohio region.

In 2013, local business man Grant Milliron bought the race track in hopes of allowing it to become what it once was, a motorsports fan destination, local economic powerhouse and for the hope to live up to the name it created “The Racing Capitol of Ohio”.

Since 2013, the speedway has tried several different routes, of which have not been able to stabilize themselves into long-term success stories.  Cody Sommer, the President of the new dirt racing venture, Mansfield Motor Speedway, believes that changing back to a dirt track has massive upside and long-term potential that both he himself and Milliron desire.

“Dirt racing in Ohio is strong and overall across the country it is in a much better situation than asphalt.  Mansfield is located in the heart of some of the best racing in the country and with a venue as nice as this (Mansfield), it is a shame it has not been put back on the map like it deserves” Said Cody Sommer. 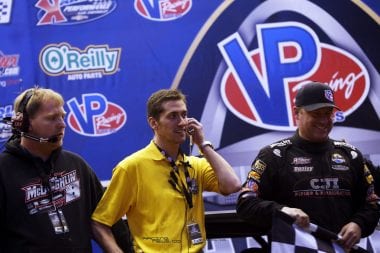 When talking about the venue opening as a dirt track in 2017, Sommer does not hold back on expectations and plans “Mansfield was once nationally ranked in the top 5 of greatest race tracks in the country and I don’t see any reason why it cannot return back to that very quickly.  We will have the only dirt track I am aware of with safer barriers, we have 12 luxury suites, a complete race control room, 7,200 aluminum bleacher seats with chair backed/covered VIP reserved seating for 2,000 as well.  There is also our hillside seating option for around 2,000 for a total capacity of nearly 10,000…it is just setup perfectly for what I want to do” Said Sommer.

Mansfield Motor Speedway will transform to dirt with many changes and upgrades and open in the spring.  Sommer has agreed to terms with the speedway’s owner Grant Milliron for a 3 year deal, which includes a purchase option of the Mansfield Ohio property.  A deal which clearly supports the long term expectations, goals and vision Sommer has for the venue.

“Cody and his team have big plans and great vision.  He is in this for the long haul and is willing to put in the resources and time the facility needs to be successful.  I look forward to seeing this facility change for the good and get back to the economic powerhouse it once was” Said Milliron.

Sommer has been involved in racing for 15 years and grew up in central Illinois where he drove dirt race cars at a variety of race tracks in the Midwest, before re-locating to Charlotte North Carolina to pursue a full-time racing career in the NASCAR racing industry.  In 2011, Sommer started a brewery outside of Charlotte and quickly built the company across 30 states and with a distribution network of over 170 wholesalers from coast to coast.

In motorsports, Sommer has a wide variety of projects under his belt and is known for producing big events that draw large crowds and national attention.  He held the Carolina Crown, which is still the largest dirt race in the history of South Carolina.  He promoted the Indy Invitational at the Banker’s Life Fieldhouse to a nearly sold out crowd, an event that drew NASCAR names like Ricky Stenhouse and Kyle Larson. 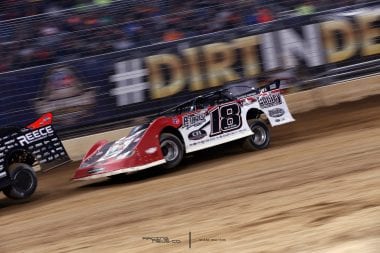 Sommer is also responsible for the VP Racing Fuels Gateway Dirt Nationals, an event that concluded this December and is being considered by many industry professionals as one of the greatest achievements in the modern era of Dirt Racing, as well as a strong candidate for 2016 race of the year.  It quickly became one of the most talked about events in history since Sommer announced it in February speedweeks in early 2016.  Then later delivered a quality product as promised to race fans and competitors this winter in St Louis, Missouri.

Sommer now adds the Mansfield Motor Speedway dirt track to his arsenal and is looking at the Mid-Ohio venue as one of his largest commitments yet.  “It is a huge project and a massive undertaking.  However, I wouldn’t do it if I didn’t have high expectations and a big picture that I was thinking about for the place” Said Sommer.  “This venue will cater to not only the hardcore motorsports fan but also to the Mid-Ohio resident, their families, their hobbies and interests…an entertainment destination” said Sommer.

Any competitor winning all 3 of their divisions events and therefore conquering the “TRIPLE CROWN” will be awarded a special bonus.  Also on the schedule, Monster Truck Mania with Transaurus is scheduled for May 6th and Monster Truck super stars BIG FOOT, AVENGER and BRUTUS are just a few of the trucks that will stomp around the Mansfield Motor Speedway venue. 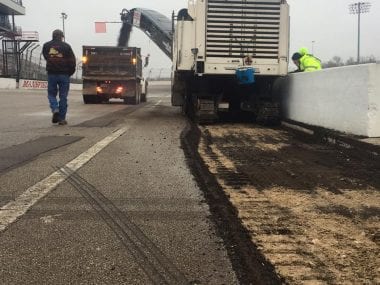 UPDATE: And so it begins….the first 40ft of asphalt has been ripped up here at Mansfield Motor Speedway!

More major event highlights include a Memorial Day Weekend special on May 28th with the All Star Circuit Of Champions Sprint Cars race as well as a July 2nd Lucas Oil Late Model Dirt Series event “FREEDOM 50” which will include a large fire works display.

More major events are in the works and additions to 2017 schedule are being considered with 2018 and 2019 featuring an escalation in special events at the new Mansfield Motor Speedway dirt track.

About Mansfield Motor Speedway: the new Mansfield Motor Speedway dirt track is a 170 acre entertainment complex and motorsports destination, featuring a .44 Mile banked dirt oval race track.  The venue has state-of-the-art features including safer barriers, 12 luxury suite boxes, aluminum seating for 7,000 with 1,000 seat backed.  MMS hosts some of the country’s biggest dirt track racing events as well as a variety of events that cater to the Mid-Ohio resident.

MMS has an information phone line at 419-465-RACE (7223).  Any inquiries can also be sent via email to: info@MansfieldMotorSpeedway.com