The deep, rich and long history of racing in Mansfield, Ohio dates back to 1959, when the original track – Mansfield Raceway – first opened as a 3/8-mile dirt track. It was converted to an asphalt track in 1999, renamed (Mansfield Motorsports Speedway) and has remained asphalt ever since. The speedway saw its pinnacle moments from 2004-2008 where it held NASCAR Truck Series events and drew standing room only crowds of over 20,000 in attendance.

The .44-mile oval will be transformed into a dirt track in 2017, with many changes and upgrades anticipated before opening in the spring. “Dirt racing in Ohio is strong – and overall, across the country, it is in a much better situation than asphalt. Mansfield is located in the heart of some of the best racing in the country and with a venue as nice as this [Mansfield], it is a shame it has not been put back on the map like it deserves,” said Cody Sommer, President of Mansfield Motor Speedway. 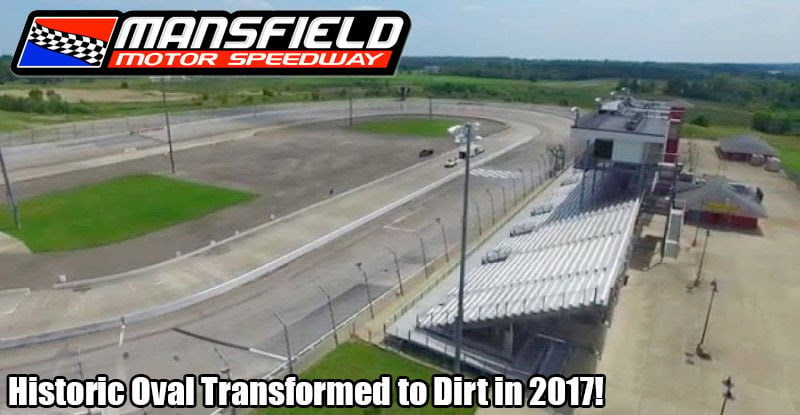 “Mansfield was once nationally ranked in the top 5 of the greatest race tracks in the country and I don’t see any reason why it can not return back to that very quickly,” Sommer added.

MMS has an information phone line at 419-465-RACE (7223).  Any inquiries can also be sent via email to: info@MansfieldMotorSpeedway.com

Founded in 2005, the Lucas Oil Late Model Dirt Series is the nation’s premier dirt late model sanctioning organization.  In 2016, the LOLMDS will sanction 53 events in 19 states.  The series is owned by the parent company Lucas Oil Products Inc. and receives national exposure through a TV package filmed, produced and edited by Lucas Oil Production Studios.  LOLMDS events will be broadcast on four TV Networks including CBS, NBC Sports, CBS Sports Network and the MAVTV Motorsports Network.