INDIANAPOLIS (Monday, Feb. 6, 2017) – In a continuing effort to deliver the most effective and entertaining on-track action for fans, the Verizon IndyCar Series has modified the race weekend schedule at some events for the 2017 season.

Among the race-weekend schedule modifications are: 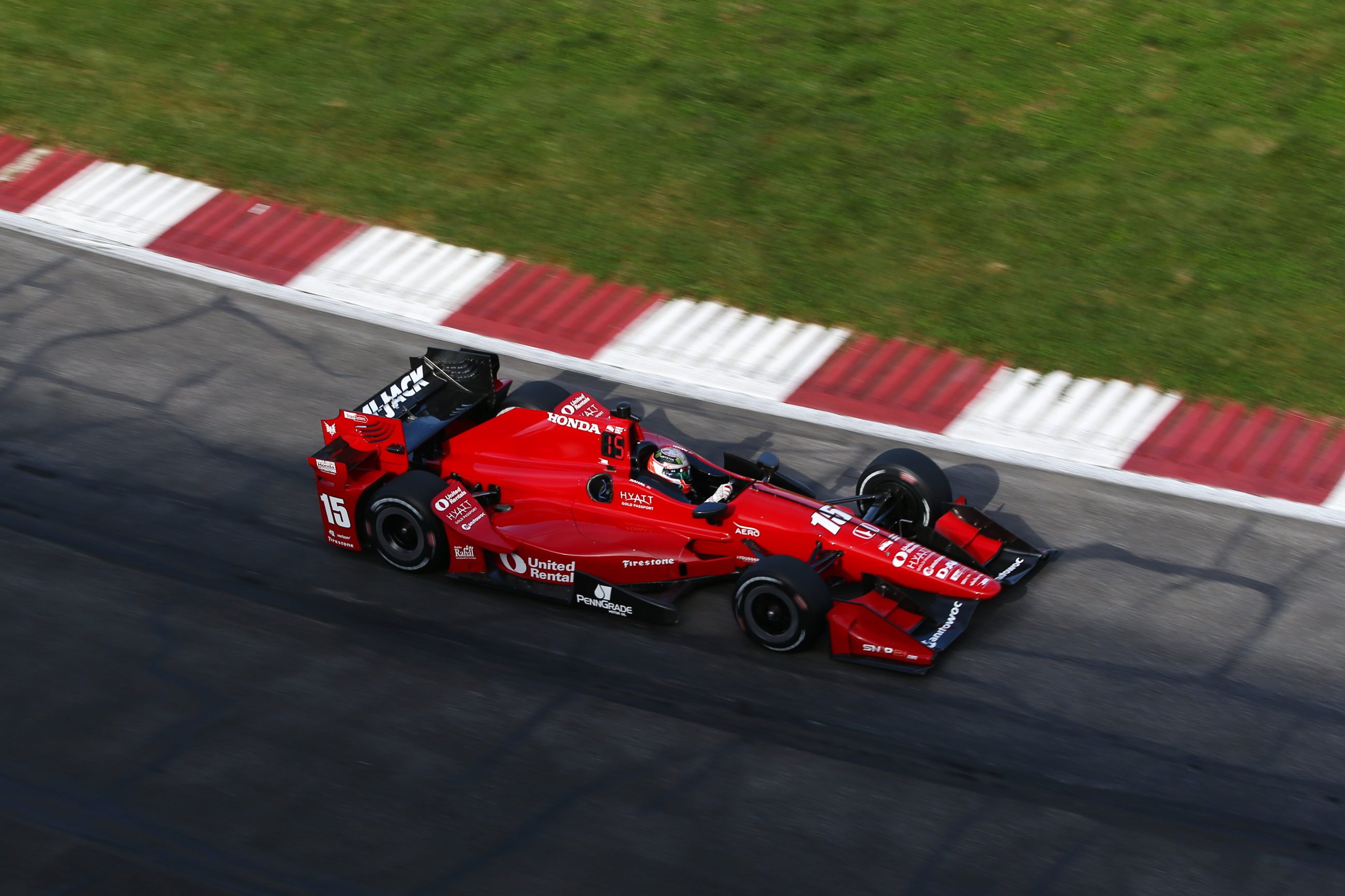 • Phoenix and Gateway qualifications: Qualifying at two oval tracks – Phoenix Raceway and Gateway Motorsports Park – will be held on the same day as those Saturday night races. The first day of those two-day event weekends will focus on a pair of practice sessions, the latter falling within the same evening time slot as the race.

• Firestone alternate tires: At road and street courses, each car will receive an additional set of Firestone’s red-sidewall alternate tires, bringing the total to four sets of the softer-compound Firehawks available for the weekend and allowing teams to better gauge performance characteristics of the alternate tires in comparison to Firestone’s more-durable, black-sidewall, primary-compound tires prior to qualifications. Each entry must return one set of tires – either primary or alternate – following the first practice session of a weekend and another set – the opposite compound from the first returned set – following the second practice session.

• Overtake assist time allotment: Push-to-pass overtake assist in road and street races will be based on a maximum time allotment for each car instead of the number of uses. The events at the streets of St. Petersburg, Raceway at Belle Isle Park and Sonoma Raceway will have a total overtake time allotment of 150 seconds for each race, with the other road/street races set for 200 seconds. When a driver engages the overtake via a button on the steering wheel, it increases engine turbocharger boost pressure by 15 kilopascals (kPa) to 165 kPa – good for about 60 added horsepower. Once engaged, push-to-pass will run for a pre-established duration equivalent to approximately the time needed to drive the length of the track’s main straightaway (15-20 seconds). Drivers will now have the ability to disengage an overtake activation midway through its use to save time for a later use. In addition, push-to-pass will not be available at the start of a race or for any restarts, with the exception of a restart commencing with two laps remaining in the race. 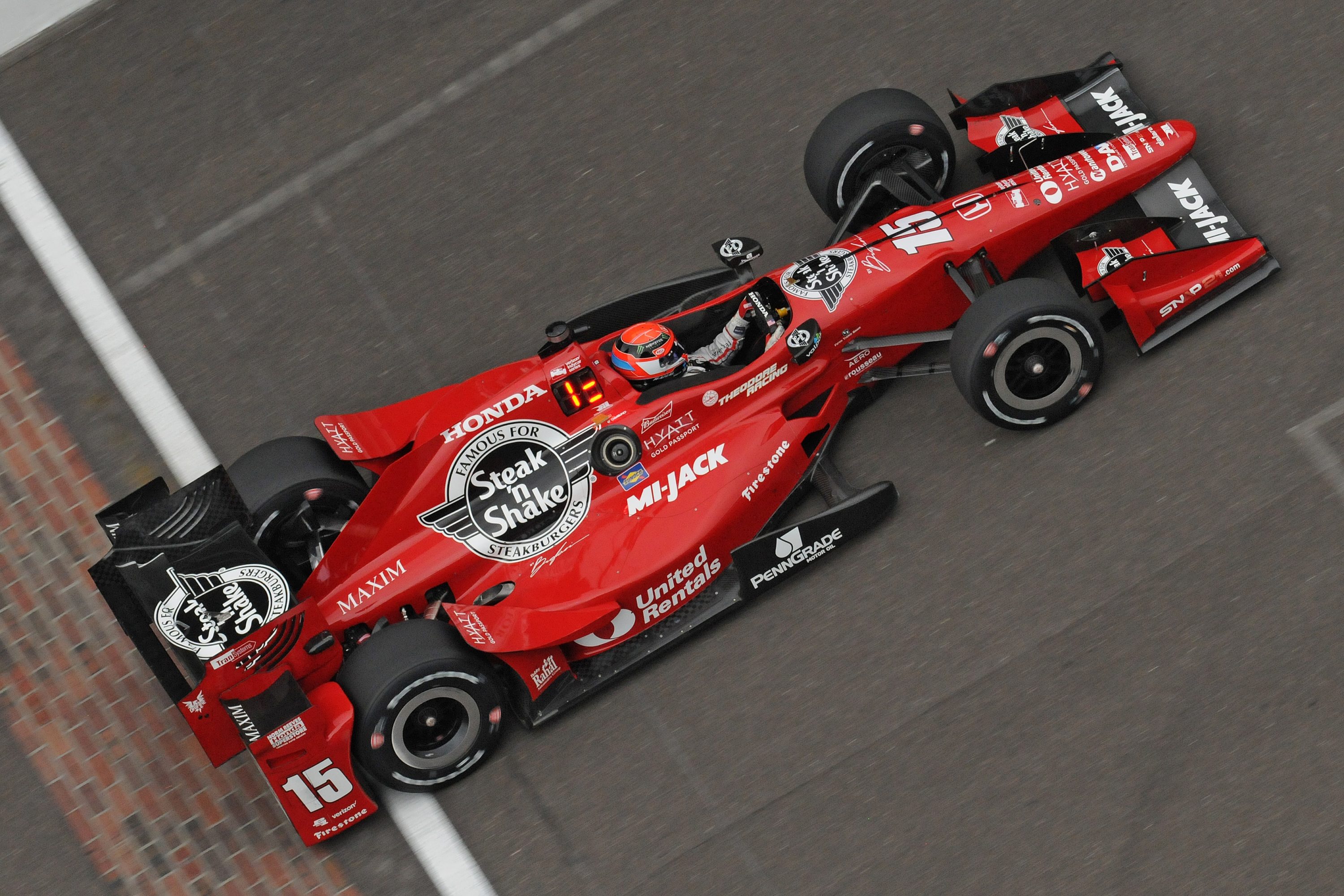 • INDYCAR Grand Prix schedule: Verizon IndyCar Series on-track action at the INDYCAR Grand Prix on the Indianapolis Motor Speedway road course will consist of two days, Friday and Saturday, May 12-13, to create a more action-packed event. All three levels of the Mazda Road to Indy development ladder will still have track activity on Thursday, May 11.

• Chevrolet Detroit Belle Isle Grand Prix qualifications: For the Chevrolet Detroit Belle Isle Grand Prix doubleheader in June, qualifying sessions for each race will see the field divided into two groups based on practice times, with 12 minutes of track time allotted for each qualifying group (with five minutes of guaranteed green-flag time). Previously, qualifying for the first race followed the advancement round format used at other road/street events. Qualifying groups for Belle Isle will be based on best lap times from the practice session immediately preceding Race 1 qualifications. If a car causes a red-flag situation during a qualifying session, its best two timed laps will be disallowed and it will not be permitted to continue in the session. One driver and entrant championship point will be awarded to the fastest car in each qualifying group on both days.

• Standardized road/street practice times: Practice sessions on the first day of most road/street course event weekends will have standardized start times of 11 a.m. and 3 p.m. local. Each session will be 45 minutes in duration.

“INDYCAR consulted with our various stakeholders – teams, drivers, event promoters – to refine the weekend schedules and generate the most value and excitement for everyone,” said Jay Frye, INDYCAR president of competition and operations. “These changes are subtle but will enhance the race weekend experience for everyone involved, most particularly our fans.”

Conducting qualifications on race day at Phoenix (April 29) and Gateway (Aug. 26) provides fans more on-track action those days. Adding a set of Firestone alternate tires on road/street race weekends allows teams to be better prepared for qualifying and the race. Changing the push-to-pass parameters puts the strategy into the drivers’ hands for when and how much to use it. Updating the formats for the INDYCAR Grand Prix and Chevrolet Detroit Belle Isle Grand Prix makes for a more efficient, better weekend flow. Standardized practice times at road/street events allow teams a more consistent preparation schedule to begin the often-chaotic race weekend.

The 17-race Verizon IndyCar Series season opens with the Firestone Grand Prix of St. Petersburg on March 12, includes the 101st Running of the Indianapolis 500 presented by PennGrade Motor Oil on May 28 and concludes with the GoPro Grand Prix of Sonoma on Sept. 17.

Teams will gather this week for an open test featuring all full-season cars Feb. 10-11 at Phoenix Raceway.

Two NASCAR Tire Compounds in use at Charlotte – Get Ready for Excitement!