The 50 lap LOLMDS feature started with Josh Richards and Scott Bloomquist on the front row. These two heavyweight dirt late model were set to put on a show for the Ocala crowd.

Scott Bloomquist drove into turn 1 with the early lead. He actually pulled a gap on second place Josh Richards by lap 5. However, Richards made that gap disappear and then work it in the other direction. As he caught Bloomquist and took the lead, in the course of about 1 lap. 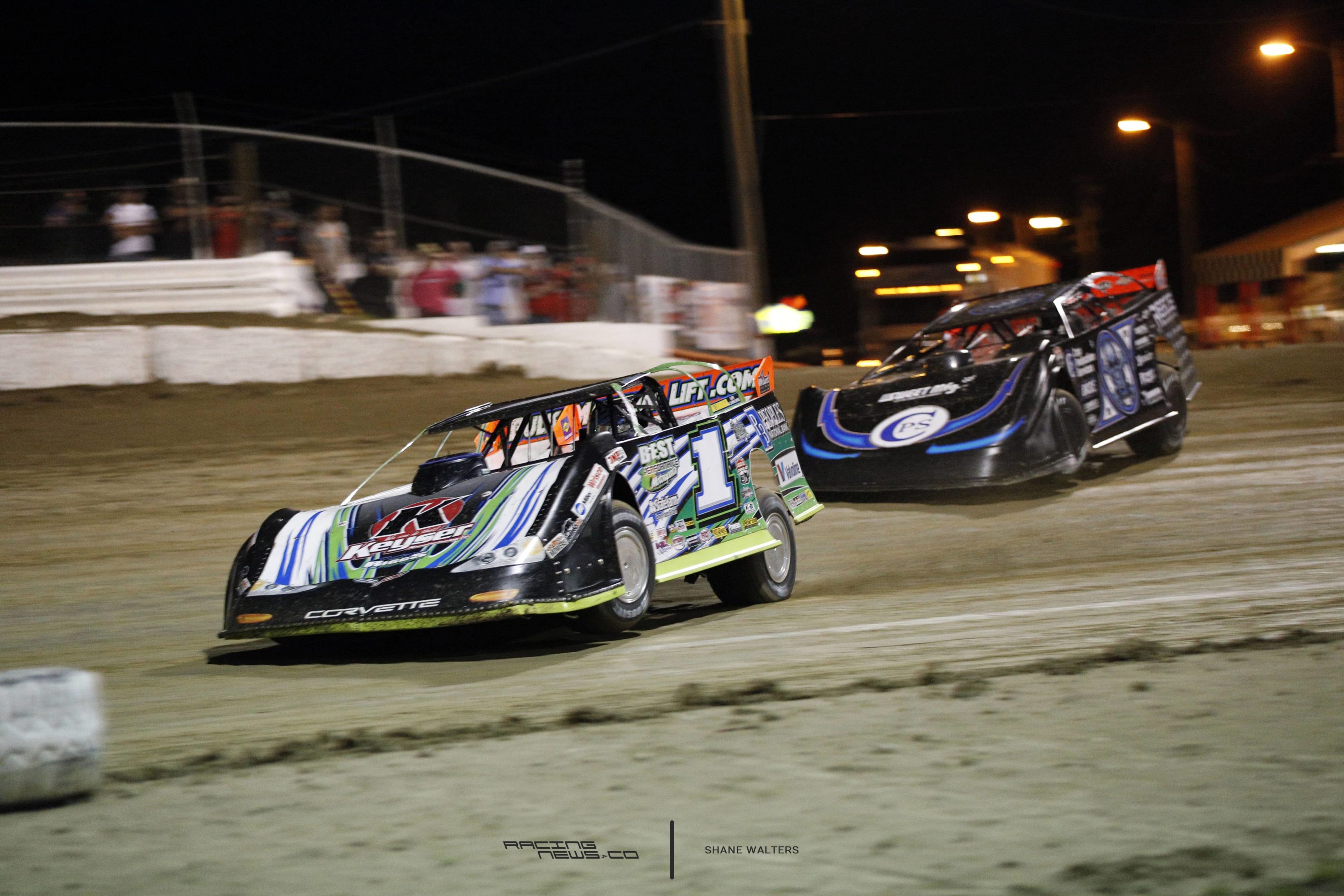 Now, Josh Richards and Don O’Neal are running away with the show.

But on this tiny 3/8 mile track, lap traffic is an issue, on every lap but the first one. A lapper spins, he collects the leader. Don O’Neal is offered nowhere to go but directly into the crash scene.

Don O’Neal is out. He throws his helmet in frustration. The #5 Clint Bowyer Racing machine gets carried off the racetrack on the hook, engine smoking.

Josh Richards hits the pits under yellow, Richards returns missing a nose cone. Jimmy Owens was in third under this same caution. However, the #20 has a flat, he gives up 3rd place to change a tire.

Nearly the entire top 5 has troubles, in the course of one lap, except Scott Bloomquist. 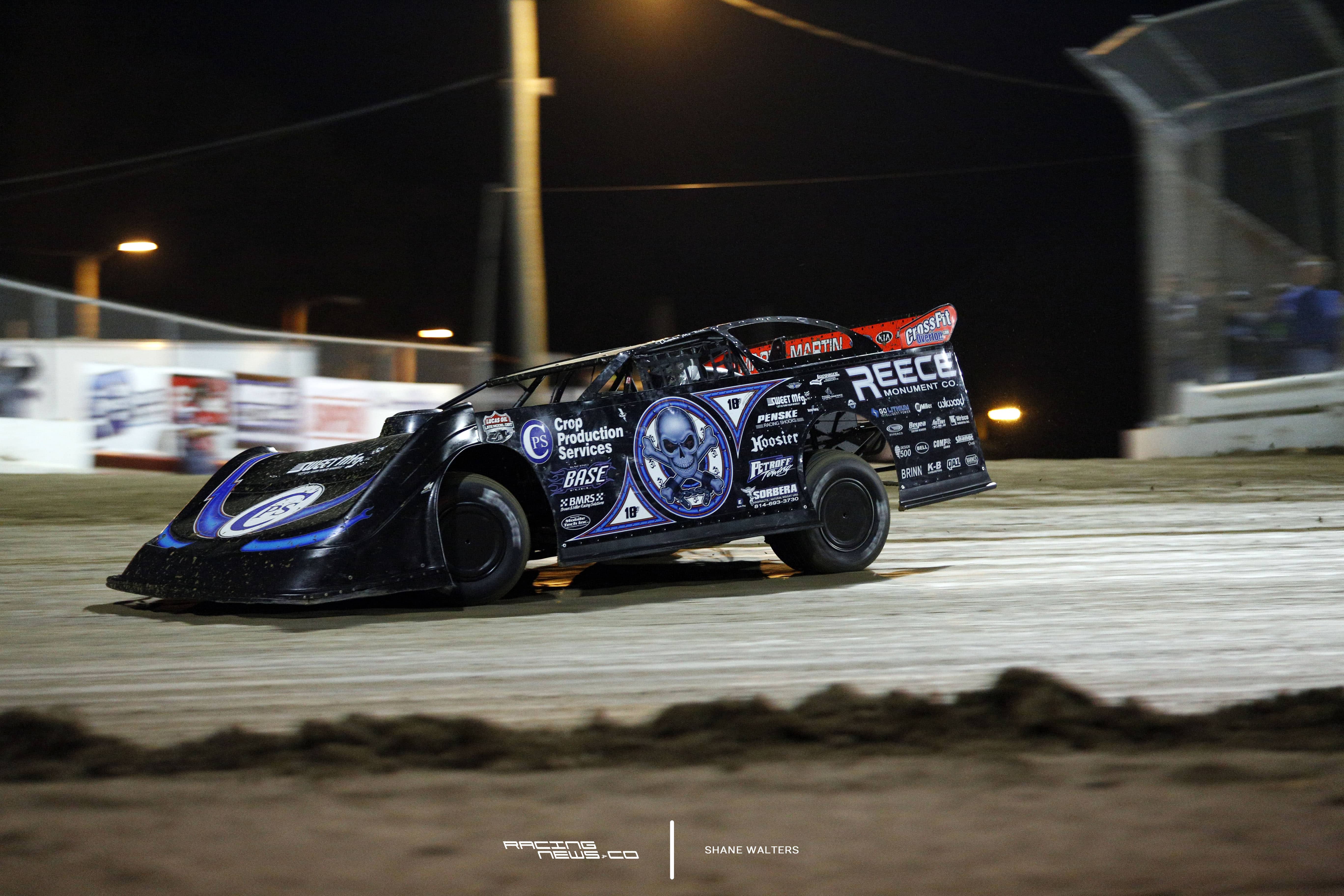 Green flag. It looks like he’s been handed the win.

Scott Bloomquist leads the next 30 or so consecutive laps, he’s opened a gap on everyone. He’s heading the the checkered flag, two to go.

Caution. The field is reset. Brandon Sheppard is now restarting in the front. He see’s the win, just one spot away. The eagerness for another win is real. Green.

White flag lap, Bloomquist your leader. He slides low and through the middle in turns 1-2. Brandon Sheppard takes the high side, full throttle around the top.

Sheppard has the momentum off the corner. He pulls along side! The crowd erupts. Sheppard drives it hard into turn 3. Sheppard on the outside, Bloomquist goes to the bottom. 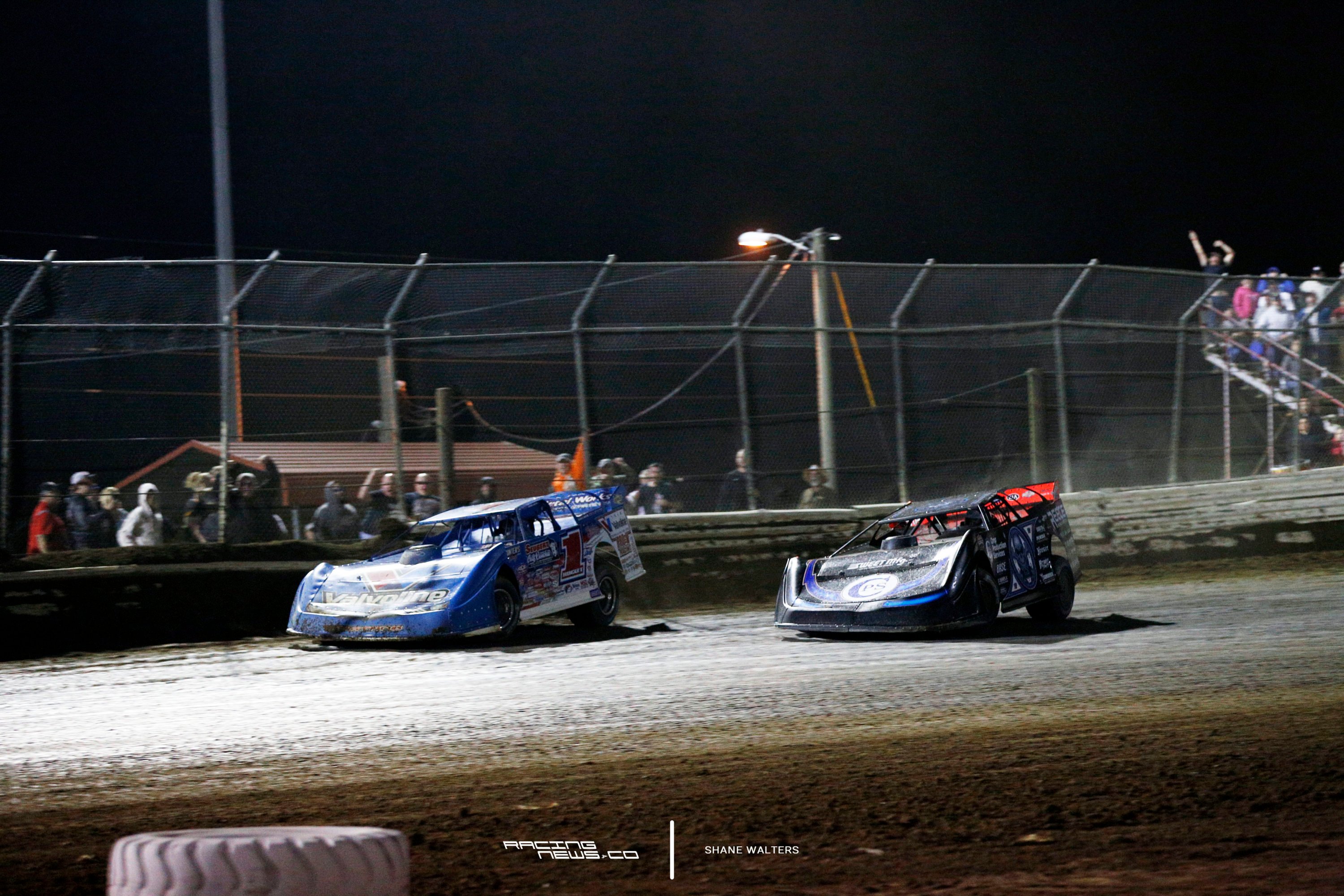 They come off 4, with no gap between them. Brandon Sheppard has just come out of nowhere to win the Lucas Oil Late Model Dirt Series event at Bubba Raceway Park.

In victory lane Bloomquist came over to congratulate Brandon Sheppard with a rare smile. He keeps it short, “Good job man.”

The Lucas Oil Late Model Dirt Series will return to action in March. On March 17th, the series heads to Atomic Speedway in Chillicothe, Ohio.

The next day, March 18th they will re-stack the field at Brownstown Speedway in Brownstown, IN.