Tonight the Lucas Oil Late Model Dirt Series landed at Sharon Speedway. The dirt track is a 3/8 mile located in Hartford, Ohio. It’s the Steel Valley 50 paying $10,000 to the winner.

This would be the first night of racing on a brand new clay surface. It was a bitter cold night, windy too, just to made sure we felt the cold air. None of that hurt the attendance. The Ohio fans didn’t care. A packed house filled the front and back straightaway seats.

27 dirt late models unloaded in the pitlane in search of the $10,000 check to the winner. Brandon Sheppard jumped right out of the gate, setting quick time at 14.842 seconds. That’s a new track record around the semi-banked 3/8 mile dirt track.

Rains were hard on the new track surface overnight. As the heat races got underway major ruts began to form in the track, almost instantly. 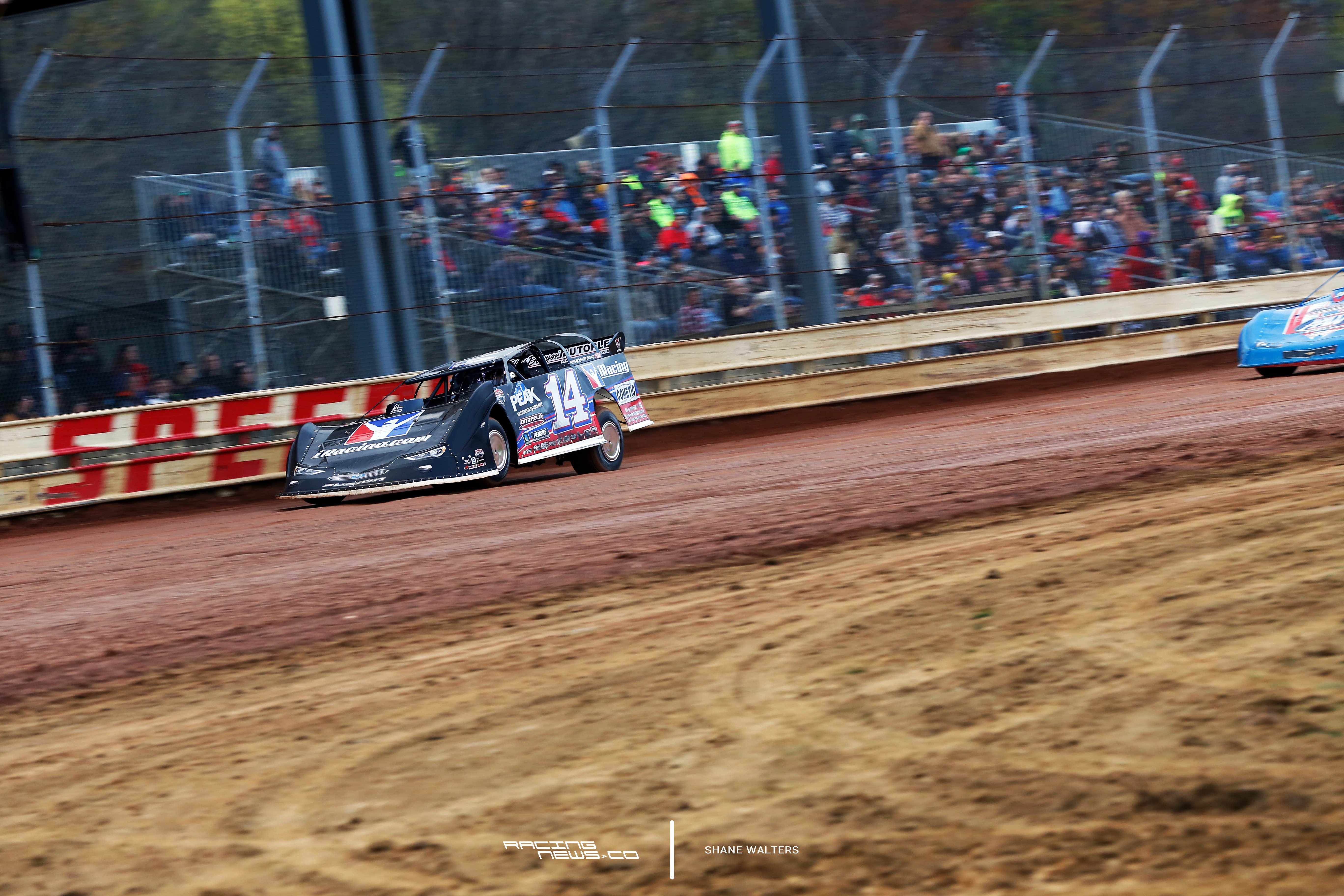 Darrell Lanigan was the first one to figure out how deep they were. Starting on the outside, he was forced to run through them. He went from 2nd to 5th, in one corner, lap 1. The field raced around the the bumps, mostly low. Brandon Sheppard went flag to flag, claiming the first heat win. Darrell Lanigan would be forced to the B-Main.

In heat two, Timothy Culp was the early leader. He made a mistake in turn 4, Scott Bloomquist capitalized. Bloomquist took the lead and went on to win heat 2. Josh Richards won heat 3. Most drivers went to the bottom, stayed there.

Darrell Lanigan, last nights winner would start on pole in the B-Main. He fell to 4th or 5th in a hurry. However, he found speed on the highside, passing 2-3 cars in one corner. Just as soon as he did that, cut tire. He dragged his car back to the pits, re-entered the track with a new Hooiser. However, he made no progress, finishing last of the cars remaining on track. He will need a provisional.

Meetings were held shortly after the B-Main with the Lucas Oil regulars. The discussion was the track conditions. Soon after, the track workers went to work on the track. Pulling out all the machines, they smoothed the entire surface top to bottom. The fans began getting restless. An hour later, we essentially had a brand new rut-free racetrack.

Green flag. In 50 laps we will have a winner.

Brandon Sheppard jumps out to the early lead. Bloomquist falls in 2nd. Not for long, Bloomquist takes the lead. The track is still bumpy. 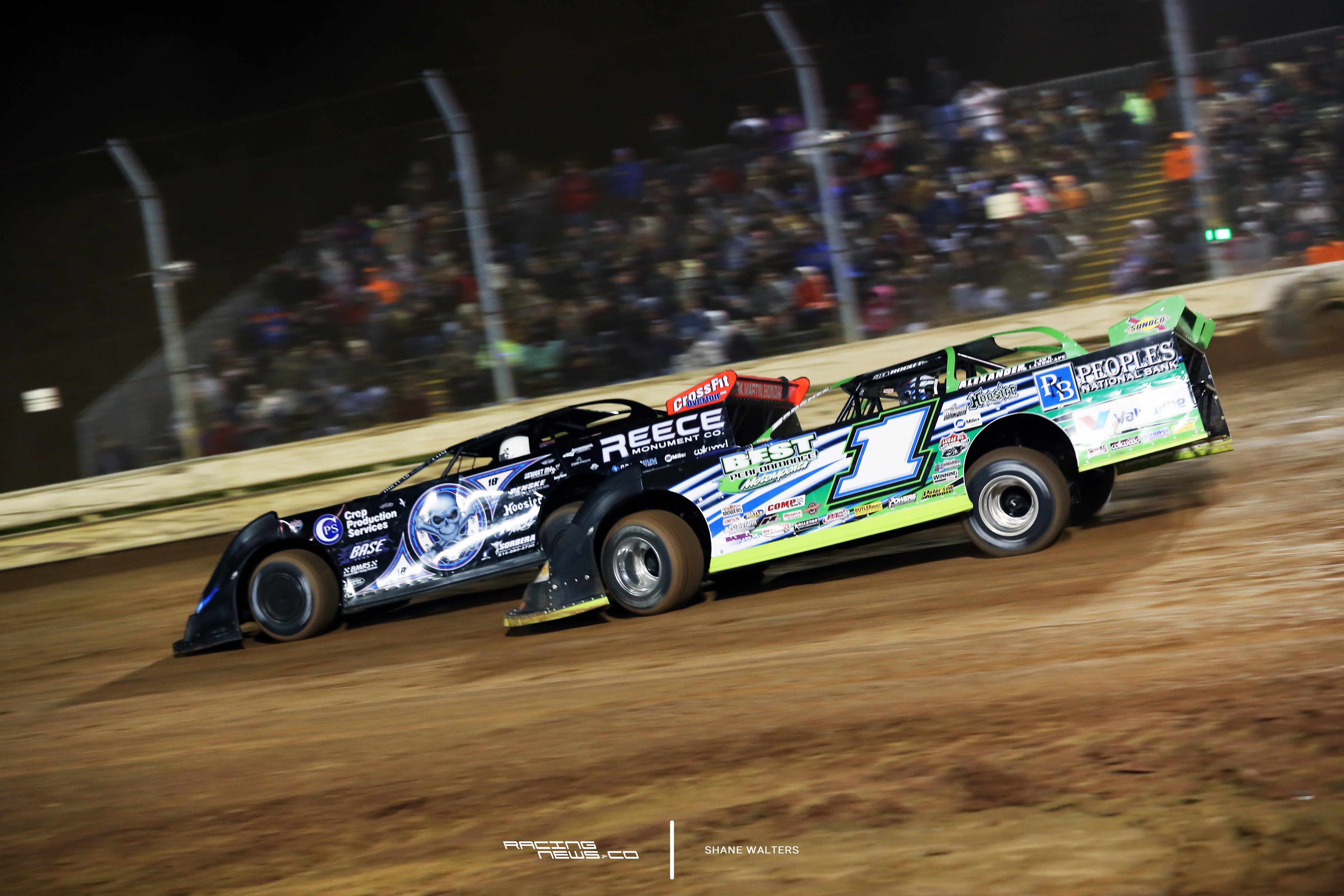 Josh Richards in now checking out on the field. However, Gregg Satterlee is looking like a strong contender for the win.

Caution. We are going to have a lot tonight, track is still rough. They are now down to the original dirt surface from last year in the middle of turn 1. Cars are dropping from the field left and right.

Scott Bloomquist has pulled to the pits, and stayed there. We are fast approaching a time where we might have more cars in the pits than on the racetrack. 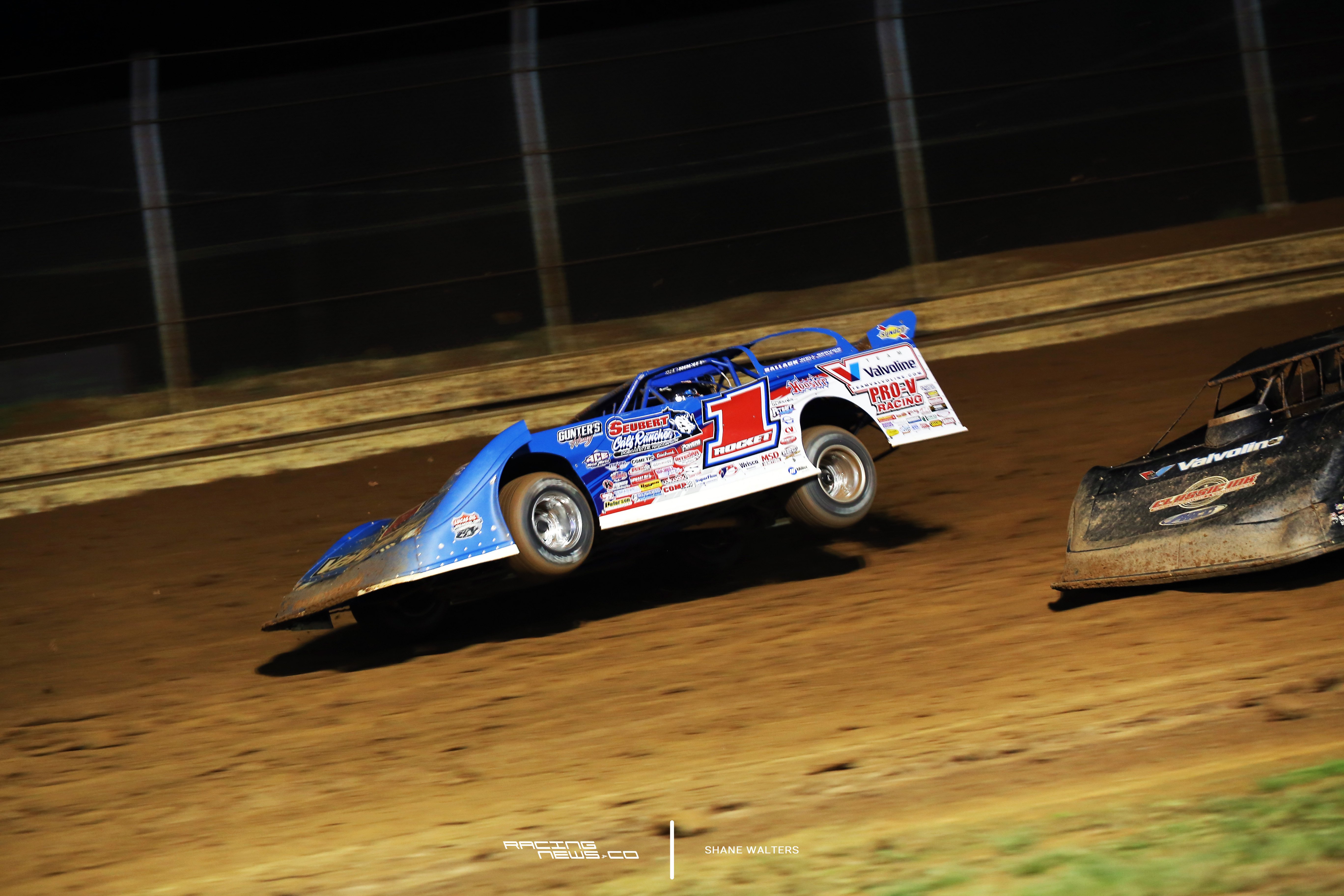 Green. Josh Richards continues to lead. Brandon Sheppard is now jumping back through the field. Literally jumping, his car has been 1-2 wheels on the ground multiple times in the middle of turns 3-4.

On a late race restart, Gregg Satterlee is 3rd. He loses 5 positions before he crosses the start-finish line. Not sure if he accelerated while airborn, or something else. He’s still fast, he’s also not in the pits like the majority of the field. It could be worse.

Satterlee immediately collects his car and gets back on offense. Brandon Sheppard is in the tails of Josh Richards but he’s going to come up short.

Josh Richards is going to win at Sharon Speedway! This is a huge win for the Best Performance Motorsports camp. Especially given the points leader dropped out of the race from 3rd. 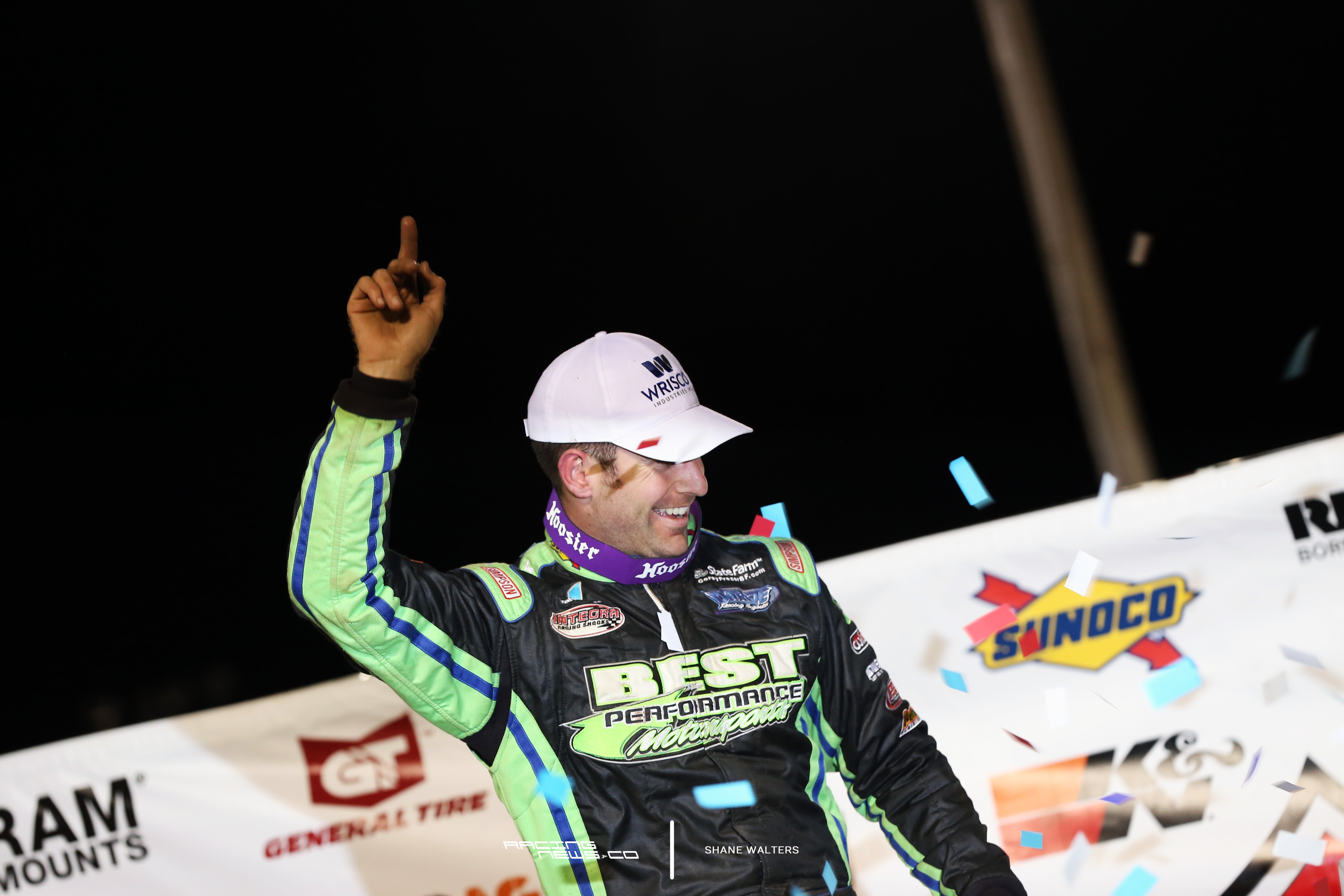 Josh Richards speaks from victory lane, “I was trying to move around a lot in the final laps. As a driver, it’s mentally challenging.”

He continued, “We are going to have to go through these cars from front to back for tomorrow at Hagerstown. The crews work very hard during the week to get these cars ready. Thanks to the crowd for coming out tonight, it looked like a big crowd,” said the driver for the Best Performance Motorsports, Dargie Race Engines, Rocket Chassis.

The Lucas Oil Late Model Dirt Series will rack ’em again tomorrow night. On April 22, the series heads to Hagerstown Speedway in Hagerstown, MD. The weekend tour will come to a close the following day at Port Royal Speedway in Port Royal, PA on April 23rd.