Hidden within the hills of Tazewell, TN is this tiny 1/3 mile bullring dirt track. This is one that’s been highlighted, circled and stared on my calendar, for months. Tonight, the Lucas Oil Late Model Dirt Series heads up those hills and unloads in Bloomquist Country and Owens Nation.

However, Scott Bloomquist had issues right off the bat. He pulled in during hot laps. Mechanical issued of some sort. 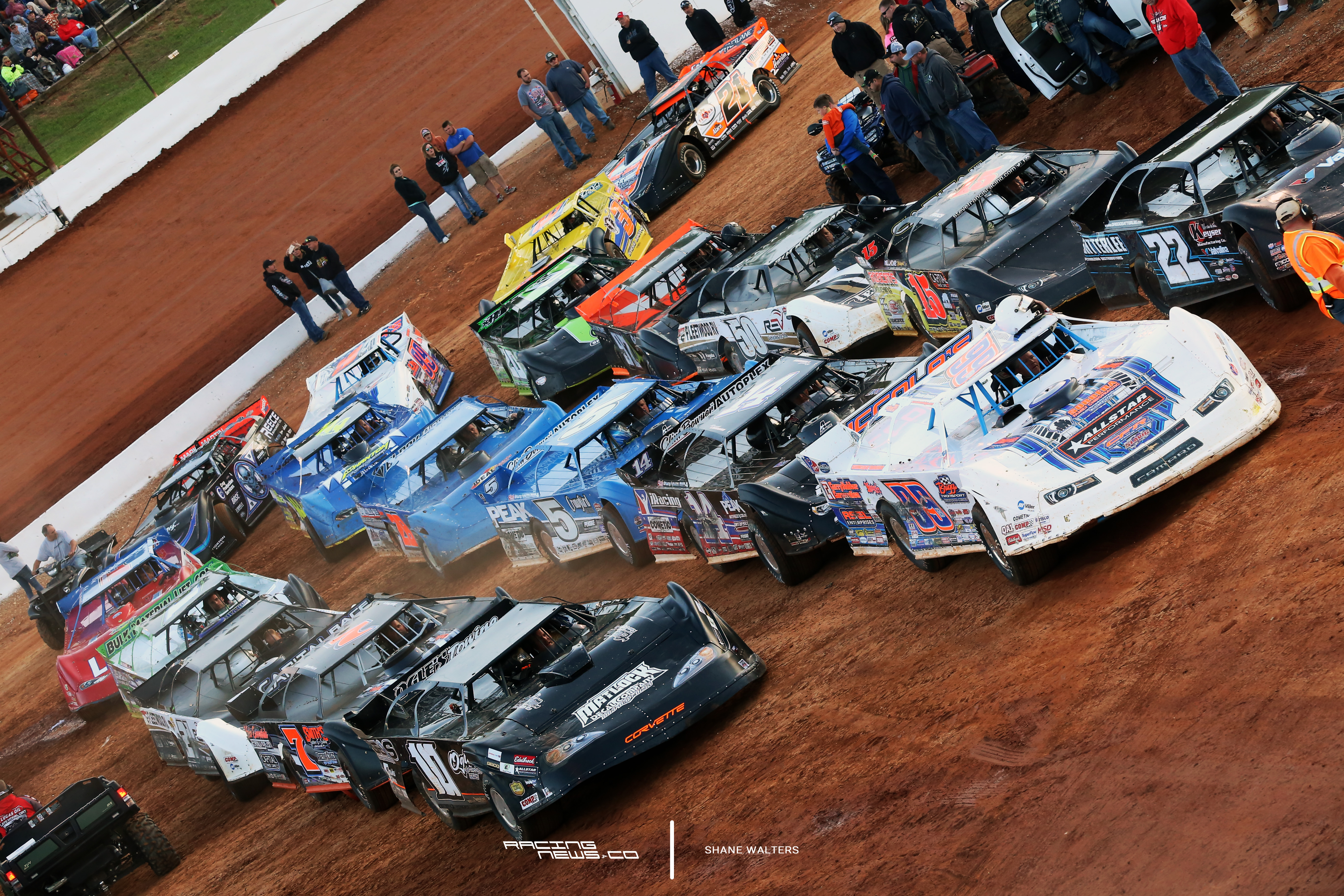 No B-Mains tonight, every car makes the feature. Darrell Lanigan and Jimmy Owens lined up on the front row.

Tazewell Speedway features a 50 lap main event. The winner will collect a $10,000 check.

During the parade laps, Bloomquist has more problems. The points leader has had issues every time he touches the track. As the field lines up for the four-wide salute, Bloomquist is already in the pits.

He’s hand-motioning toe or steering issues to the crew. The team goes to work on the zero machine, they send him out just in time for the green flag. The point leader will start in the tail, in his home race. 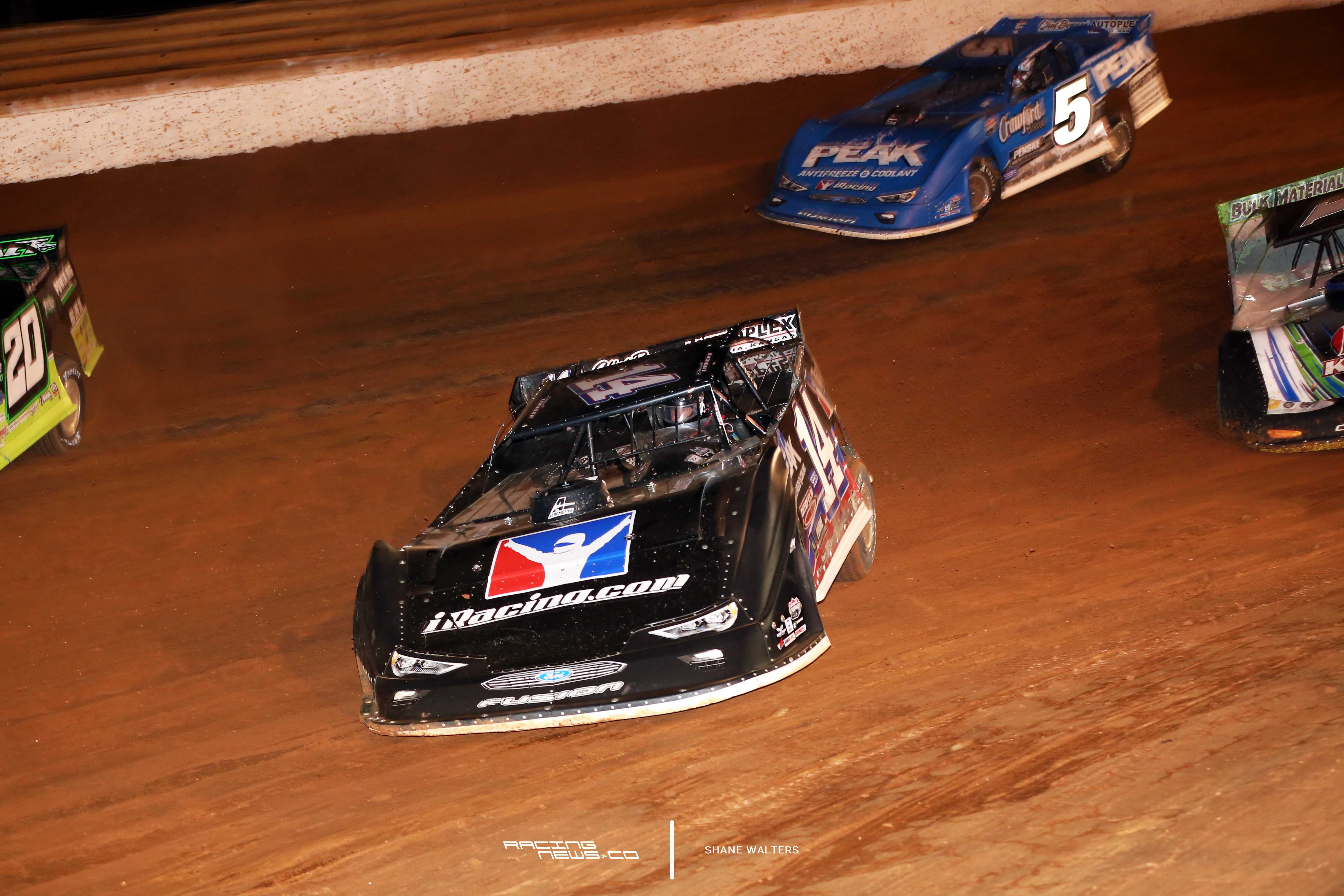 Green flag. Darrell Lanigan looks to the bottom. Jimmy Owens picks the high-side. 3 wide row after row behind them.

Big pile up in turn 2. The dirt late model field has turned into a dirt late model parking lot. At least 7 cars are stuck together. They’ve blocked all grooves of the race track.

Green. Jimmy Owens checks out immediately. Josh Richards and Tim McCreadie are both inside the top five. They are going to have a really good night with the current points leader in the back of the pack with issues. Yellow, Bloomquist is back in the pits. This time, the crew is adding power steering fluid.

The next caution was for the 3rd place runner of Josh Richards. Flat right-rear tire on the #1 machine. He hits the pits, the Best Performance Motorsports crew get it changed and send him back up with plenty of time to spare. However, he will no start in the back with Bloomquist. He’ll only have a few laps to climb back through the field.

At nearly the same point in the race, Lanigan has issues. He was running 2nd. Now he’s sitting in the pits. Don O’Neal and Earl Pearson Jr are the new challengers to Jimmy Owens. 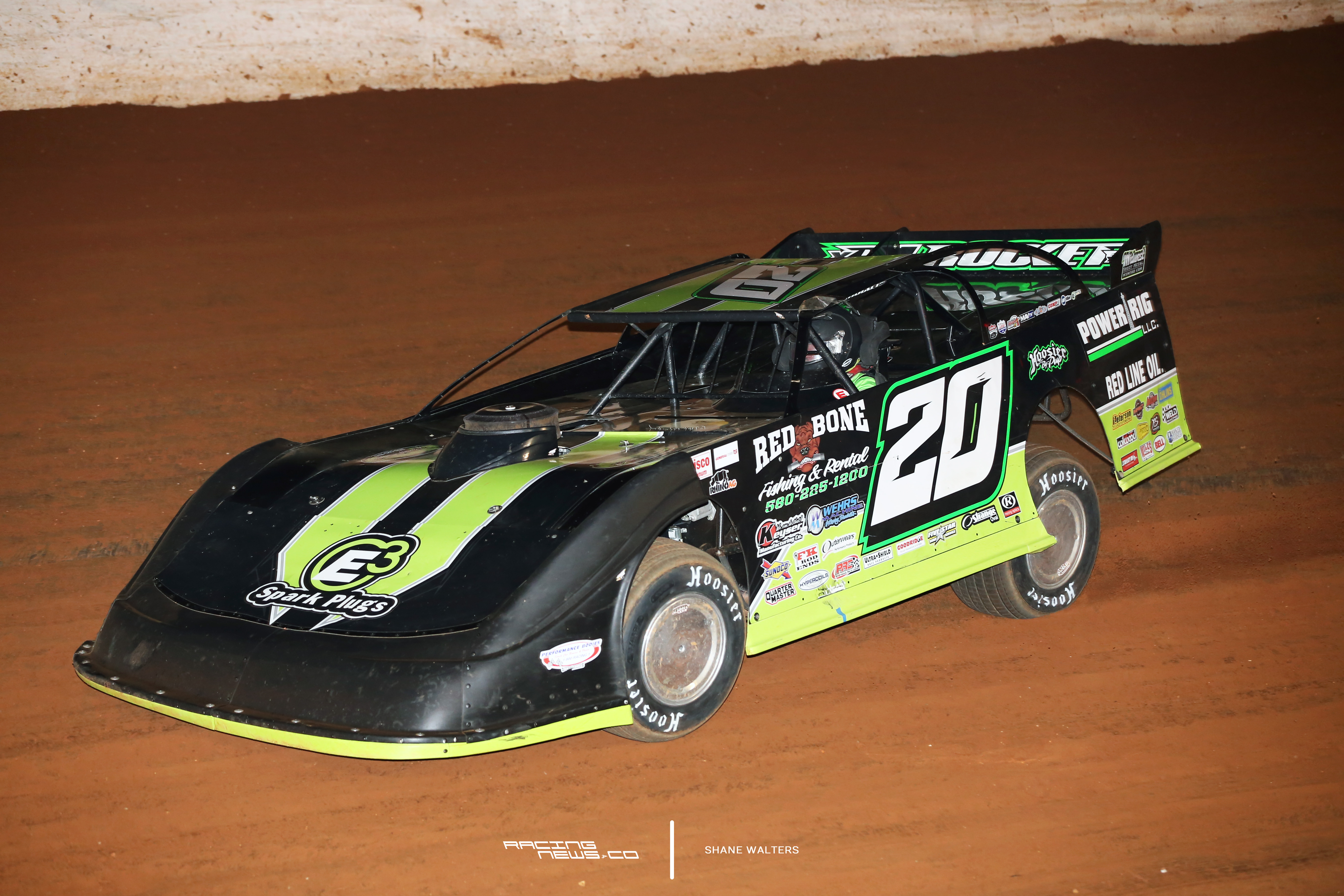 Nobody has anything for Jimmy Owens. He disappears into the distance as soon as the green flag drops.

Jimmy Owens wins the Toyota Knoxville 50 at Tazwell Speedway! He leads every lap in route to his hometown win.

The winner comments from victory lane, “The crowd they had here tonight is awesome, this place is absolutely packed!”

Jimmy Owens continues, “These are some of the best fans in the country and it’s good to see all here to support us. We have had a lot of ups and downs. We have a good car here, but I haven’t shown it any justice. Once we get our ducks in a row, maybe we can come home with a few more wins.”

Josh Richards climbed through the field to 8th. Scott Bloomquist has a tough points night at his hometrack, he finished 10th. Though, 10th is far better than a DNF, he was nearly the first car out of the race.

The Lucas Oil Late Model Dirt Series returns on May 18th at LaSalle Speedway. The following night the tour heads to Luxemburg Speedway. The weekend trip concludes on May 20th at Deer Creek Speedway.