Lewis Hamilton starts deep in the field. A late caution in qualifying forced the Mercedes driver to abort his hot lap. Hamilton will start 13th, in the biggest F1 race of the year, a track where it’s all but impossible to move through traffic. An on-track pass inside the top 5 as all but imaginary.

View full 2017 Monaco results below. This is a spoiler-free race report for those of you who missed the 7am street race.

It’s an all red front row. Scuderia Ferrari have set the pace in Monaco. They have brought rejoice to racing fans all across the world. Together, the Ferrari drivers will lead the field up the hill. Ferrari hasn’t won the Monaco Grand Prix since 1991. 16 years since Michael Schumacher piloted the Ferrari to a Monaco win.

Fernando Alonso is missing on the grid this year. Highly covered, Fernando is off in Indianapolis running the INDY 500. Jenson Button has been pulled from retirement, he will fill the vacant McLaren-Honda seat.

Hollywood is in Monaco. R2-D2, George Lucas, Serena Williams, Chris Hemsworth and more on on site. The Monaco Grand Prix is a spectacle, more importantly it’s a race. 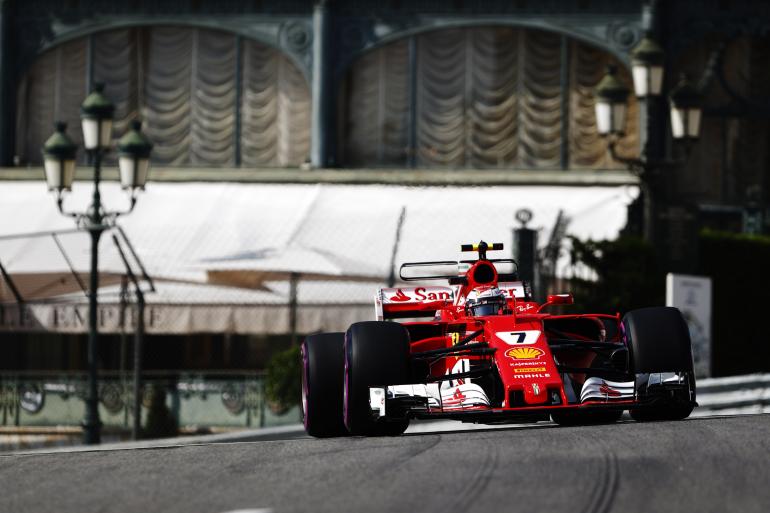 Pascal Wehrlein and Jenson Button are in the pits. No damage, it’s a strategy. In F1, teams need to use two different tire compounds.

Both of these drivers have now complied with that rule. They will likely not return to the pits for the remainder of the race. If a safety car is deployed, these two would likely stay out, running 1st and 2nd. That’s assuming either of them can keep pace. Unlikely for both, especially Button as it’s been awhile since he’s taken seat in a F1 car.

Unsafe pit release, Pascal Wehrlein. He’ll have to serve a 5 second penalty. So, much for that strategy.

Nico Hulkenberg is in trouble. Transmission issues, he’s out of the race. 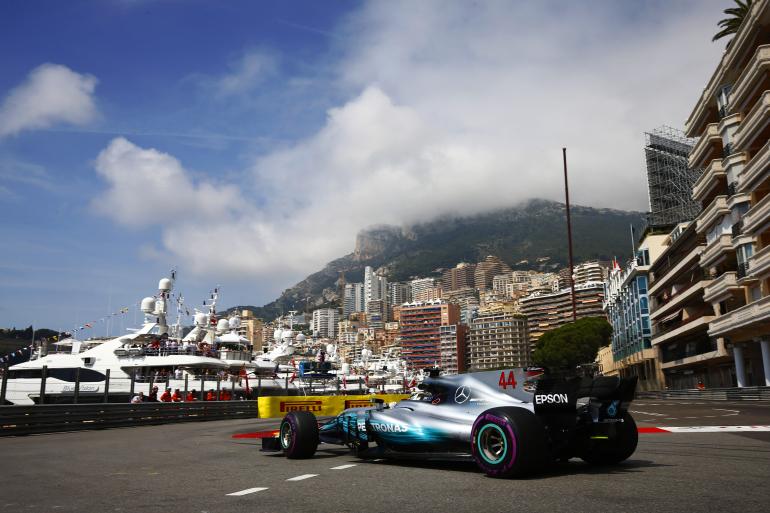 Lap 24 of 78, Lewis Hamilton has only managed to climb just inside the top 10. He runs 10th. Hamilton radio, “My tires are fine but I’ve got no grip. My car is sliding all over the place.”

Lap 30, Jenson Button is running last. Worse, he’s turning laps 2 seconds slower on average to the leaders, who have yet to pit.

Lap 35, the leader is in the pits. Kimi stops in 3.4 seconds. Amazingly, that’s a rather slow stop. Vettel inherits the lead. Vettel just turned the fastest lap of the race thus far.

Lap 40, the other Red Bull is in the pits, Daniel Riccardo. Ferrari has called Vettel into the pit lane. It’s a 3.1 second stop. This is the race for the lead! Vettel re-enters the track ahead of his teammate. New legit leader.

Lap 47, Lewis Hamilton is in the the pits, he pits from 6th. The Mercedes driver is the last car to pit. 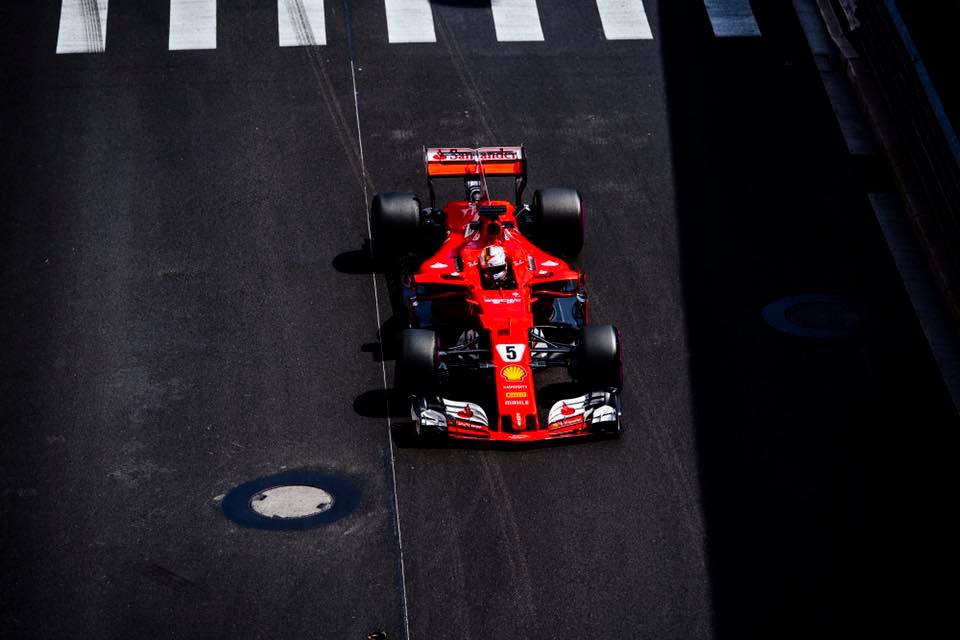 lap 55, Vettel is checking out on the field. However, F1 race officials are monitoring a loose manhole cover. Teams are weary of a tire puncture. We could see a red flag for track repairs. Portions of the track were repaved as recent as last week.

Lap 60, Radio from team to driver, “Track breaking up at the exit of turn 1.”

Trouble! Big trouble! There’s a car parked against the wall, sideways. Pascal Wehrlein is trapped inside the car. The car is parked vertically against the wall. The top leans against the wall. Safety crews look unsure how to handle the situation. Meanwhile, Jenson Button has rolled to a stop at the exit of the tunnel.

The driver is on the radio to the crew. He’s alright. The crew replies, “Be patient.”

Jenson Button was nearly at the drivers mirror on  the final corner before the tunnel. Wehrlein turned into him. They clipped wheels and Wehrlein rolled. It was certainly a bold move by Button. However, this is Monaco, if drivers don’t make bold passes, then they won’t make any passes at all.

Marcus Ericsson is into the wall under caution. He went straight into the wall in turn 1, just behind the safety car. This will extend the yellow flag.

Lap 67, green flag. Ferrari, Ferrari, Red Bull. Max Verstappen made a pit stop during the yellow. He’s got a new set of ultra soft tires. The Red Bull driver was far enough ahead of 6th that he didn’t lose any positions while picking up new tires. He runs 5th.

Vandoorne is in the wall. He had the McLaren-Honda inside the points. He did the exact same thingEricsson did moments ago.

Lap 73, Perez is inside Kvyat in the 2nd to last corner. Contact. Kvyat pulls to a stop. Perez has to pit. This puts both Haas F1 drivers in the points.

Vettel leads by 3.5 seconds over his teammate.

The winner is interviewed by the 2017 F1 champion Nico Rosberg. Post race Vettel comments, “It was not planned. I was surprised to pull a gap.”

Nico also asks the noticeably unhappy, Kimi for his thoughts. The other Ferrari driver comments from the podium, “Hard to say. it’s doesn’t feel awful good.”

Monaco is Not a Racing Circuit