The race weekend at Michigan International Speedway was plagued with debris cautions. But why the sudden surge? 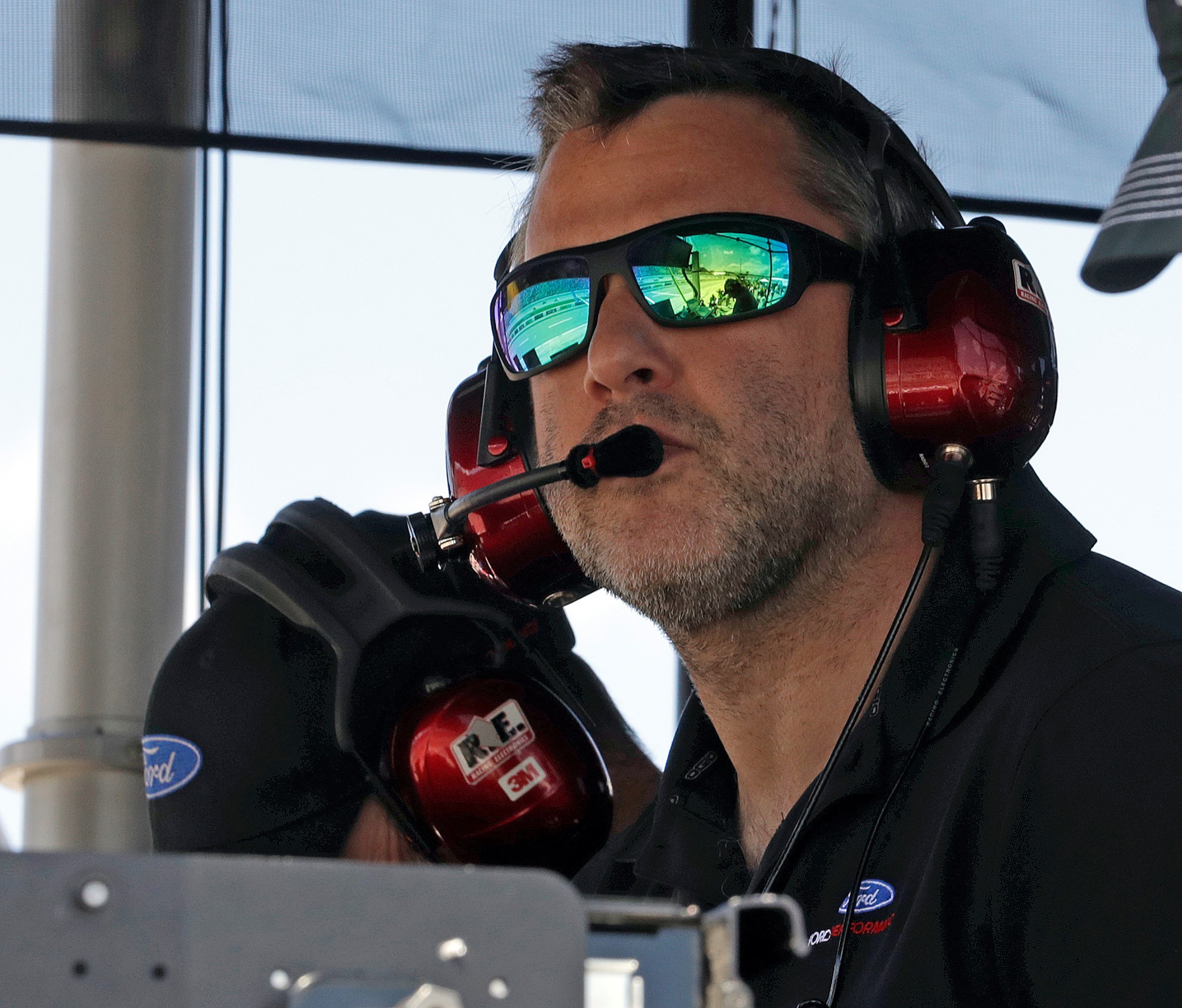 Tony Stewart went first in calling out NASCAR on the late race debris yellows. He stated, “It’s a shame that so many drivers and teams day was ruined by the results of another “debris” caution towards the end of the race today.”

Will NASCAR listen to Tony? Stewart says, “No likely. Probably get fined again for having an opinion.”

The co-owner of Stewart-Haas Racing clarified that the debris cautions hurt more teams than his own. Stating, “I stoked for Kyle, he’s a buddy of mine. And definitely not crying about it. Just feel bad for all the teams that were affected by it. I’m referring to ALL of the teams that had the end of their race ruined, not just mine. It’s frustrating to watch.”

One of the yellow flags came out with just 21 laps remaining in the event at Michigan International Speedway. Kyle Busch was the leader at that time. Larson was behind by nearly a full second.

At that point in the race, Kyle Busch was gambling on pit strategy. It might have worked. However, after the debris cautions, Kyle Larson went on to win the race.

Kyle Busch finished 7th. It was yet another win stolen from Kyle Busch in the closing laps of a Monster Energy NASCAR Cup Series event.

Another big talking point following this week’s debris cautions at Michigan International Speedway is the number of laps to dispose of it. The late race yellow swallowed 5 laps of green flag racing.

Earlier in the event, it took only 3 laps to collect a garbage bag that contained many other garbage bags. Perhaps the lengthly late race yellow was an attempt to create a “shootout”? 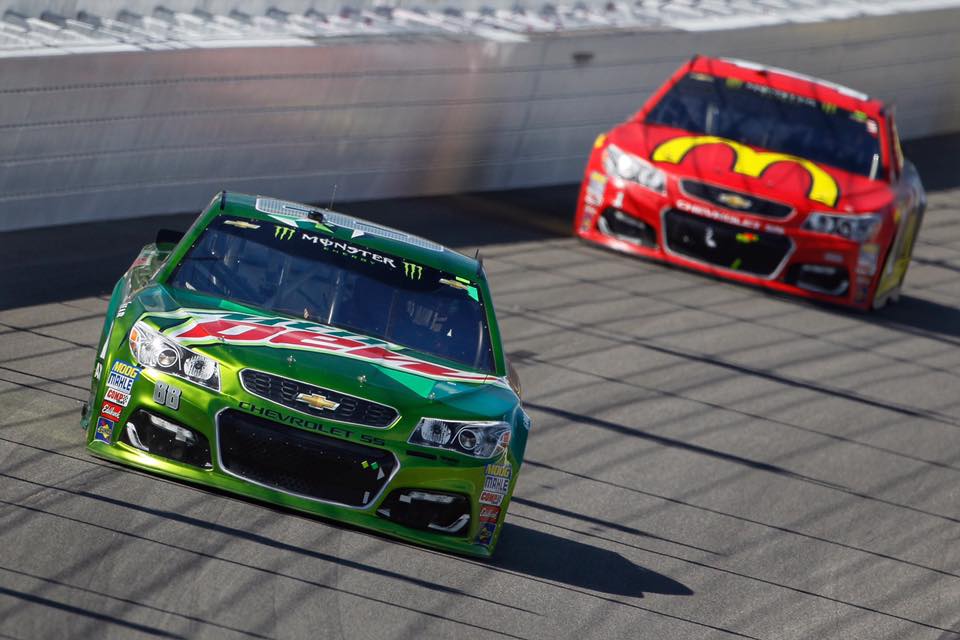 Dale Earnhardt Jr also chimed in on the NASCAR debris discussion. He stated via periscope, “I don’t know why they’ve got to throw so many damn debris yellows.”

Dale Earnhardt Jr continued on twitter, “It was quite humorous. There were about 12 plastic bags on the track at one time. Did the 12 little bags emerge from the giant trash bag?”

Scott Miller, NASCAR senior vice president of competition issued a brief statement on the Michigan debris cautions. Via Sirius XM NASCAR Radio, “We use all the resources that we have to try to identity what it is that is out there. That being camera, turn spotters and the communication that we’ve got around the race track to different people who may be able to see it.”

NASCAR VP, Scott Miller continued, “If we are actually able to identify what it is and feel like it’s something that is OK to leave out there, then we’ll do so. But if we can’t identify what it is exactly and it could pose something dangerous, then we’ll usually, or almost always, error on the side of caution and safety and put the caution out in those circumstances.”

He concluded, “Sometimes it’s untimely and a little bit unfortunate, but we do have to do our job and make sure that everybody is safe.” 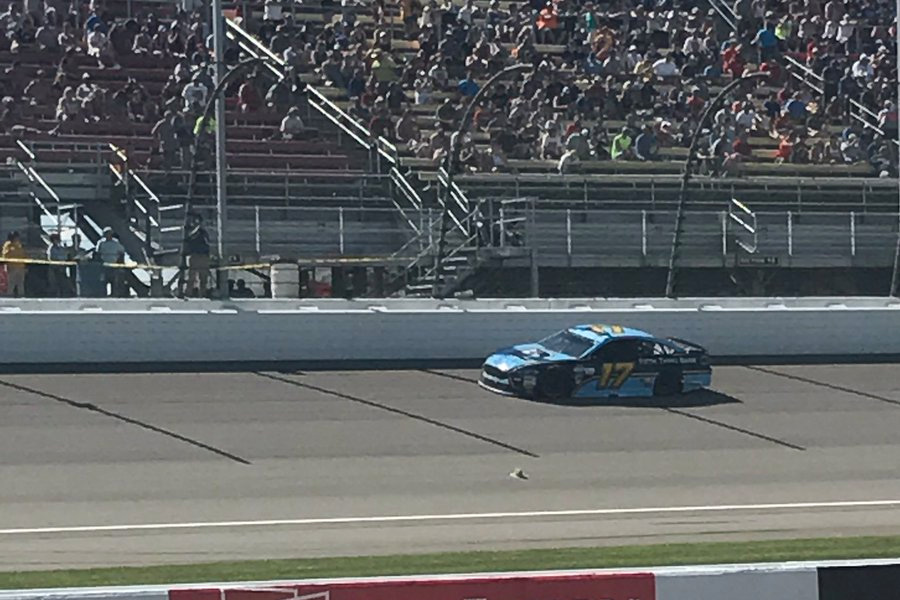 NASCAR wasn’t too concerned with debris on the front-straight, mid race. A Jack Roush type of hat sat on track early, no caution.

I’m not saying NASCAR goal is to change the outcome of the race. Simply, to make it more exciting, they might find a reason to throw a yellow and bunch of the field with just a handful of laps to go.

This year, debris cautions have dropped significantly. NASCAR doesn’t need to bunch of the field using the phantom debris tactic any longer. Stage racing was a more official way of solving the same problem. The problem of long strung-out racing.

The strung-out effect typically happens more frequently at 1.5 mile tracks. Most likely just a product of over-sized tracks and the modern day aero racing. So, it’s no surprise to me that the debris cautions suddenly appear again as we go to 1.5 mile tracks.