Brad Keselowski: “If the new Hawk-Eye system is put in place and implemented for 2018 fully, not partially, fully, it would certainly level the playing field for Ford by enforcing the rules”

Will the new NASCAR Hawk-Eye system help the Ford teams?

“When that car rolled out at Daytona, we all got to see it for the first time. I think there was two reactions. One, we couldn’t believe NASCAR approved it. Two, we were impressed by the design team over there,” Brad Keselowski said of the Toyota after the final race at Homestead-Miami Speedway.

For 2018, NASCAR can inspect race car body shape in 90 seconds with refined accuracy. In addition, the stations have been combined and reduced. There’s now only 3 stations; 1) engines 2) chassis 3) body.

The Hawk-Eye system inspects more than just bodies. It also checks the weight and skew of the read end housing. Once it clears you on all system checks, a green light appears and you’re clear to head to the track. Red light, that’s bad.

The metal templates are long a thing of the past for NASCAR inspection. Now, 17 high definition black and white camera’s will take care of the body inspection.

But, it’s not just that it’s quicker. It’s also going to be more accurate. Meaning, the cars will be closer to the rules than ever before. You want to twist and tweak on the bodies in an area that isn’t allowed? Digital cameras and laser beams are going to catch you.

Brad Keselowski is a Ford driver for Team Penske. Heading into 2018, Ford will have the oldest body shape in the field by several years. He see’s this new inspection as a positive for his camp.

“If the new Hawk-Eye system is put in place and implemented for 2018 fully, not partially, fully, it would certainly level the playing field for Ford by enforcing the rules,’’ Brad Keselowski said to NBC of the 2018 NASCAR inspection. 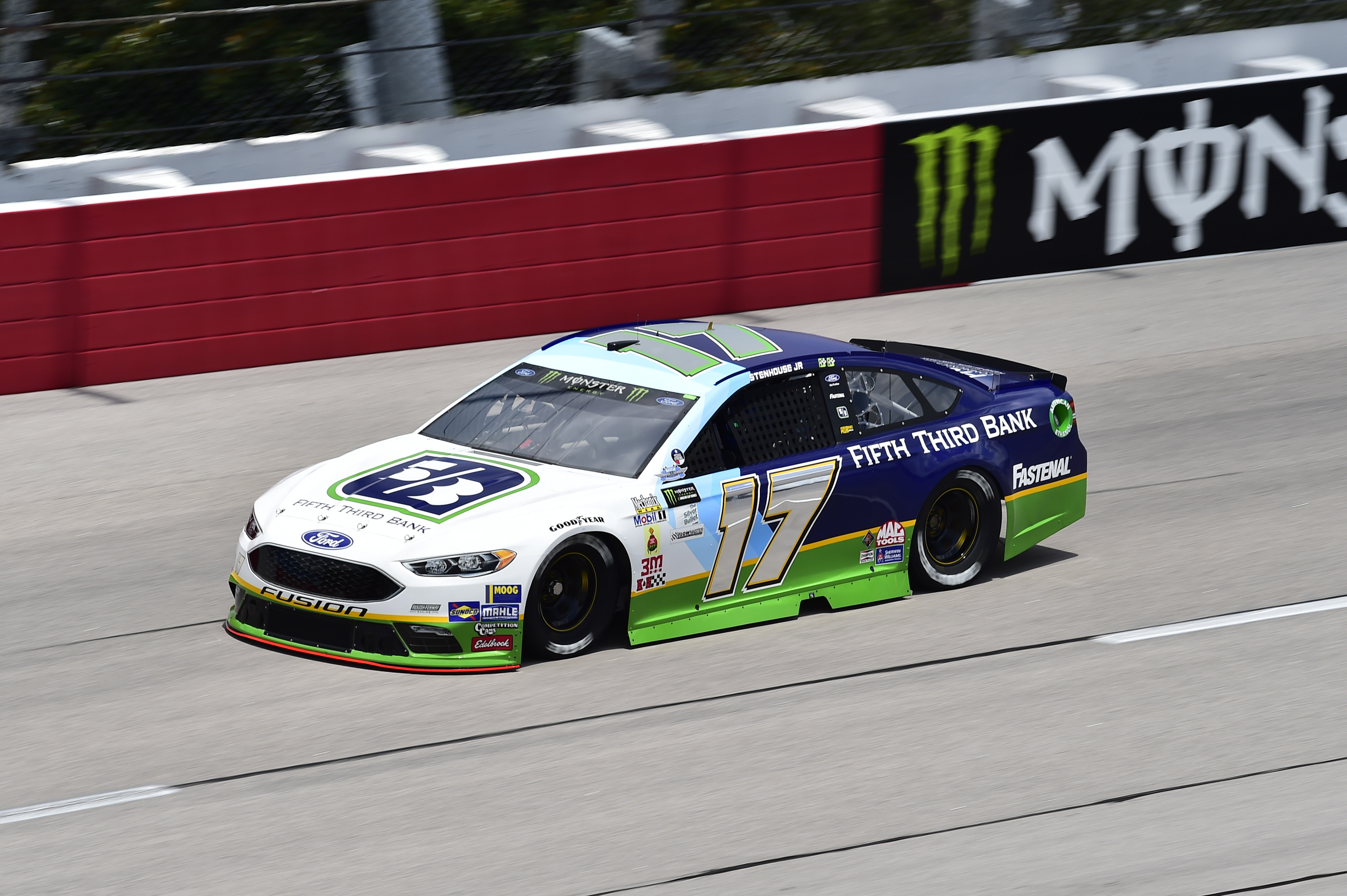 “You just have to play the cards you’re dealt and we’ll see how that goes,’’ Ricky Stenhouse Jr is hopeful as well. “I think the Hawk-Eye system could maybe cut some deficit down for us that Toyota had built into their cars based off the old inspection system. We’ll just see how it goes.’’

Ford collected 9 wins in the 2017 season. Two of those wins came from a newcomer to the Ford camp, Stewart-Haas Racing. 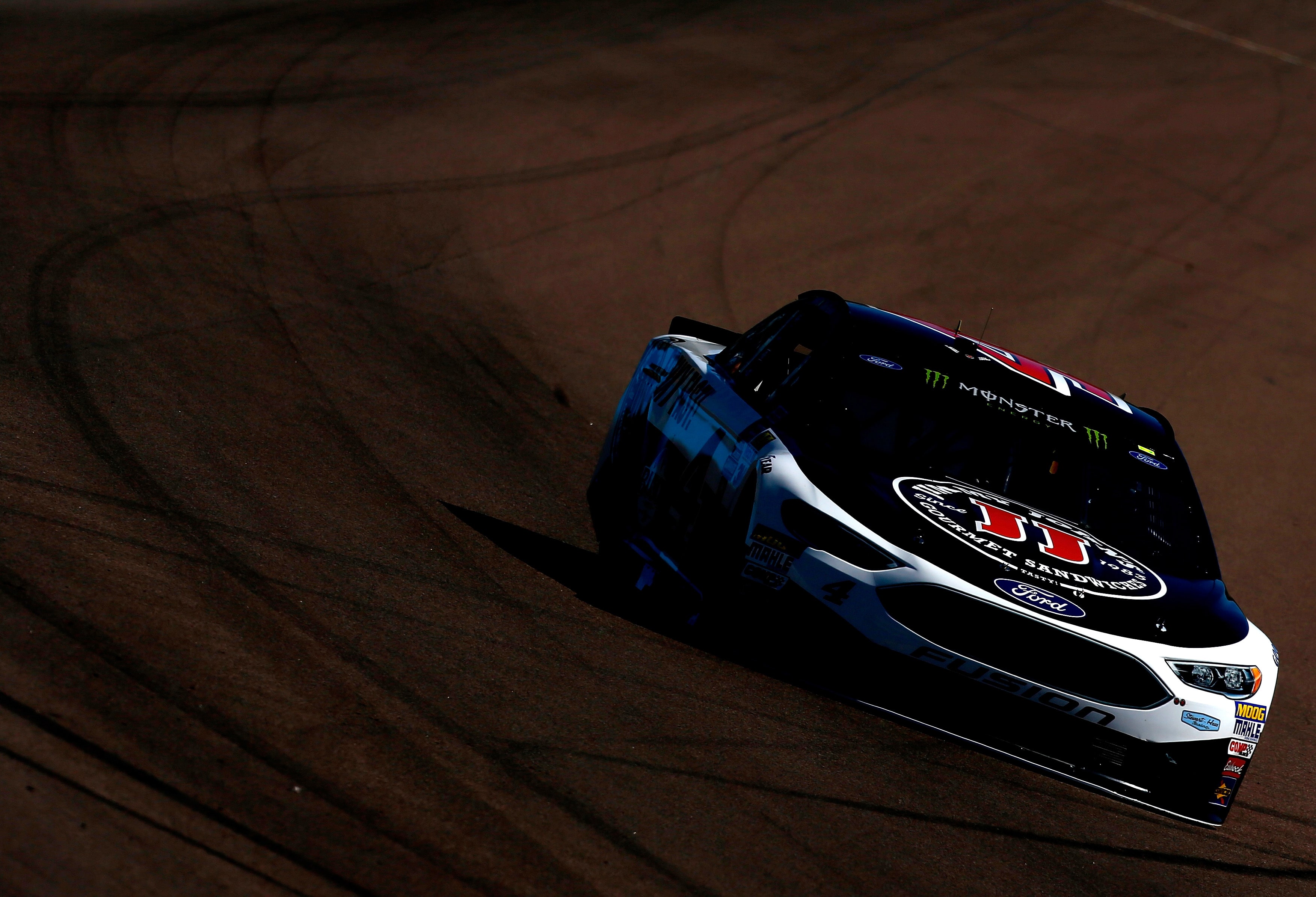 “We have a car that is designed for a huge spoiler in the back and is the oldest car on the race track compared to the other manufacturers,’’ Harvick also told NBC Sports.

“It took us a little bit to get things situated last year with the balance. We could face those balance issues again this year that we might have to work through as we go into the year just because of the way they are going to inspect the cars with the Hawk-Eye system.”

“With the new splitter rules you are looking at a few hundred pounds of downforce taken off the cars. There are no rule changes but everything had to be cut off in every shop.”

“We worked through those issues last year. It took us a bit but we might have to work at them again.”

Hawk-Eye Innovations is the company behind the new system. It’s the same company that setup laser inspections for pit stops which reduced the need for inspectors to stand in each pit box.

The Hawk-Eye inspection system was tested during the playoffs at the tail end of the 2017 racing season. The playoff contenders still used the old system. However, other than the top 16, everyone else used the new system in preparation for this full roll out in 2018.

The Hawk-Eye will be used in pre-race and pre-qualifying inspection.

Related: NASCAR inspection process is set for a change

Related: “We couldn’t believe they approved it.” -Brad Keselowski

Mark Martin discusses his role with Davenport; The level playing field in NASCAR