NASCAR: Once Recovered, Travis Pastrana to Focus on NASCAR 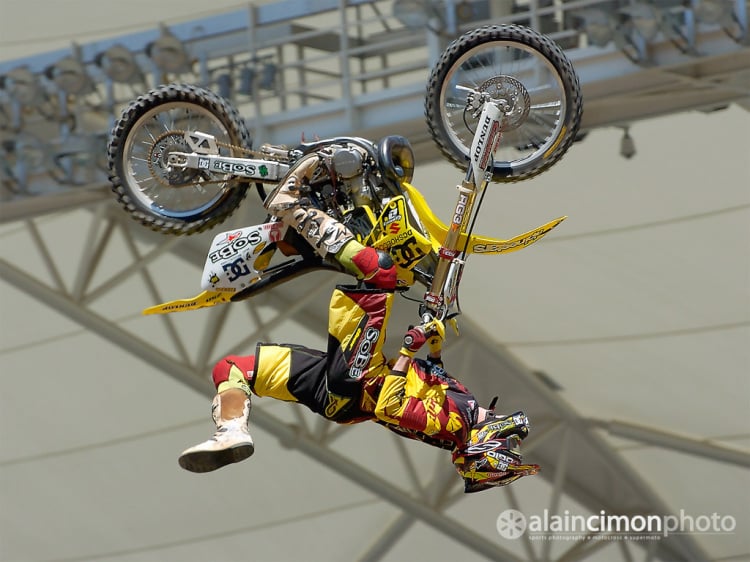 JOLIET, Ill. — Travis Pastrana was difficult to miss Saturday at Chicagoland Speedway. There was only one figure in the Sprint Cup garage hobbling on crutches, wearing a pink cast around his right foot, and signing autographs for an ever-expanding group of fans.

The motocross and rally star was at a NASCAR track for the first time since suffering a broken right foot and ankle trying to land a difficult motorcycle trick during the X Games in late July. That injury scuttled not only Pastrana’s plans to make his Nationwide Series debut that weekend in Indianapolis, but also the entire limited schedule he had planned to run for the team he co-owns along with Michael Waltrip.

Saturday, Pastrana said his plan was still to hopefully make his debut at Phoenix in the second week of the 2012 season — and that once recovered, his emphasis will be on NASCAR rather than trying to land the trick that sidelined him.

“That’s something I’ve been trying for four years now, that trick. I definitely choked on it,” Pastrana said. “It’s a disappointment to me, and a disappointment to the team that I’m not out here driving the cars. But it’s been interesting as it’s been healing up — to say, ‘OK, where do you want to go? What do you want to do?’ I’d rather focus on this, and what I need to do to succeed in this sport more so than to make a legacy, or whatever you call it, in that sport. I’ve accomplished what I want to do there. Yes, I’d like to land that trick on dirt, but maybe not in a competition format. Maybe on your own terms.”

Pastrana went down in a heap July 28 on his second attempt to land a 720-degree rotation trick he calls the “toilet paper roll.” The injury and ensuing surgeries forced the Pastrana-Waltrip Racing team to scrap the seven-race slate they had planned for 2011, which was scheduled to begin at Lucas Oil Raceway at Indianapolis. Pastrana said he had been essentially bedridden since surgery, and once he was able to bear some weight on the foot he planned a trip to Chicagoland to see Matt Crafton, Ricky Carmichael, and some other friends in the area.

“I crushed it pretty bad,” Pastrana said of his foot. “It’s really disappointing. I’ve had a lot of injuries, but this is only my second one that I haven’t been able to be competing with. It’s such a small area, it’s taking a long time. I start walking next month, and hopefully get in the car by December.”

Pastrana said he won’t know how much testing he’ll possibly be able to do later this year until surgeons remove the pins in his ankle and foot. “We just don’t want to rush it coming back and accidentally hurt anything,” he said. “By next year, no problem. But as soon as I can get in the car, I want to do as many laps as possible.”