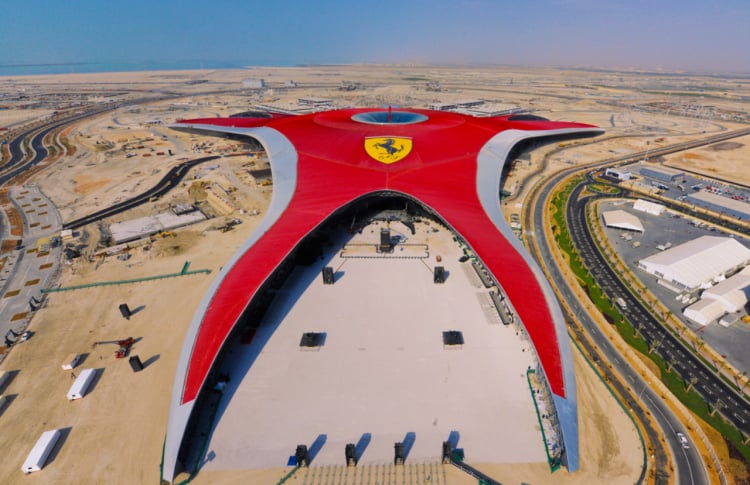 Yas Marina – We would like to introduce to you Formula Rossa, the worlds fastest roller coaster. It has now been a year since the public opening of Ferrari World Abu Dhabi, the world’s first theme park dedicated to the Maranello company. To coincide with the third edition of the Abu Dhabi Grand Prix, the FWAD is opening its doors to the whole Formula 1 community: until November 14, members of the 12 participating teams and representatives of the accredited media will have the chance to see inside the biggest covered theme park in the world. They will be able to try out the 20 attractions inspired by Ferrari, among them ‘Formula Rossa’: two kilometres of ups and downs on the world’s fastest rollercoaster with its top speed of 240km/h and its peak of 1.9G acceleration: figures truly worthy of Formula 1! Check the videos below!

Formula Rossa is a launched roller coaster located at Ferrari World in Abu Dhabi, United Arab Emirates. Manufactured by Intamin, Formula Rossa is the world’s fastest roller coaster with a top speed of 240 km/h (150 mph).[2][3] The coaster train accelerates to its top speed in approximately 4.9 seconds using ahydraulic launch system which generates a release velocity similar to that of aircraft carrier steam catapults. The roller coaster track is 2.2 km (1.4 mi) in length, ranking it 6th in the world, behind Steel Dragon 2000, The Ultimate, The Beast, Fujiyama, and Millennium Force[4][5] Its shape was inspired by the legendary Italian racetrack Autodromo Nazionale Monza.[6] Due to the high air speeds and thus risk of an impact with airborne particulates or insects, all riders are required to wear protective glasses similar to those used during skydiving. Formula Rossa surpassed Kingda Ka at Six Flags Great Adventure as the world’s fastest roller coaster[7][8] with Kingda Ka retaining the record of the tallest roller coaster in the world.[9]

In its planning stage it was called F1 Coaster.

Immediately following the launch, the train ascends a 53 m (174 ft) hill, where its speed is significantly reduced via magnetic brakes. The train completes the course with a maximum speed of 149.1 mph.