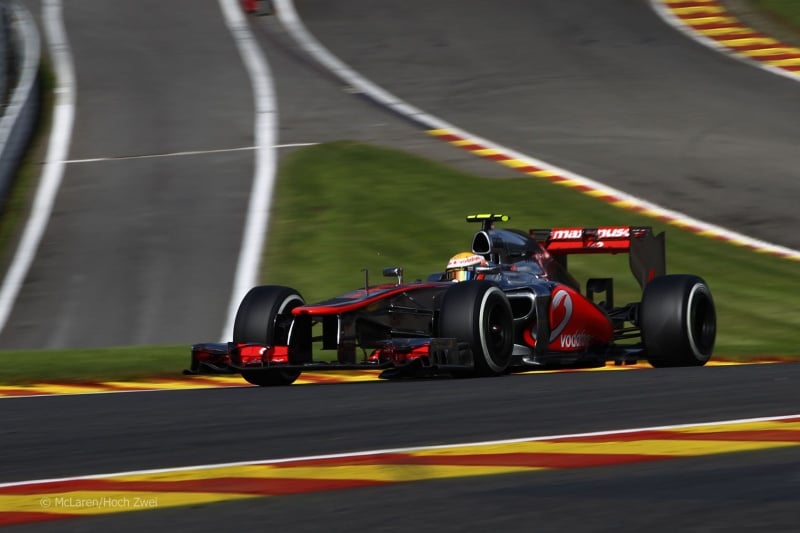 Paul di Resta, Kimi Raikkonen and even Nico Rosberg have been touted as potential candidates to replace the 2008 world champion. It has also been suggested that Michael Schumacher is setting up for another planned retirement leaving the seat for Hamilton.

Lewis Hamilton has had a long standing relationship with McLaren dating all the way back to his years in karting. He has been a development driver for the team long before he reached the ranks of Formula One (see photos below).

Tensions between driver and team have been rising in recent months, reaching an all time high this past weekend at the Spa-Francorchamps event. Hamilton tweeted before the race that his teammate Jenson Button had an updated wing giving him more speed down the straights and that he would have an easy time winning with the new wing. The team had apparently taken a vote as to who would sport the updated wing, Button won the vote. Beyond words Hamilton also tweeted a spec chart of the wings performance in comparison to his own (see photo below). This spec sheet included secret team information such as the ride height on the McLaren Mercedes. The tweets were later deleted.

Martin Whitmarsh has made a brief statement, “Both parties want to continue to work together, we are just getting over a few details.” He continued, “I do think the negotiations will be completed soon.”