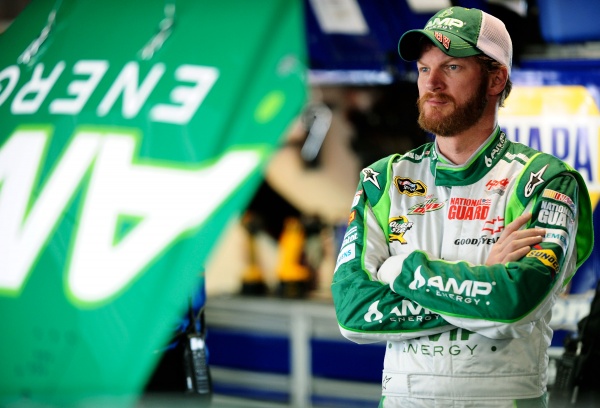 DARLINGTON, S.C. (November 29, 2012) – The National Motorsports Press Association (NMPA) is proud to announce, on behalf of all NASCAR fans who voted, Dale Earnhardt Jr. has been crowned the 2012 NASCAR NMPA Most Popular Driver. The award, given annually since 1956, is Earnhardt Jr.’s 10th consecutive honor and was presented to him today during the NASCAR NMPA Myers Brothers Luncheon at The Encore at Wynn in Las Vegas, Nev. This now ties him with Bill Elliott as the only other driver to be presented the award 10 consecutive years. Elliott is still the all-time leader with 16 overall.

After fans voted from February to September, the top 10 drivers that earned the most votes were reset to zero. Drivers Kyle Busch, Earnhardt Jr., Carl Edwards, Jeff Gordon, Kevin Harvick, Jimmie Johnson, Kasey Kahne, Matt Kenseth, Bobby Labonte and Tony Stewart were all finalists who fans voted for during the final 10 weeks of the NASCAR Sprint Cup season. After more than 934,000 votes were cast this season, Earnhardt Jr. proved once again to be the fans favorite.

Completing the voting, in order, were Gordon, Kahne, Stewart, Johnson, Harvick, Kyle Busch, Edwards, Kenseth and Labonte. Earnhardt Jr. has now won the award since 2003, and with Elliott and Richard Petty, are the only drivers to receive it at least five consecutive times.

“It was an honor to hear that I won this year and am now tied with Bill (Elliott) for 10 in a row,” Earnhardt Jr. said. “I’ve enjoyed this award because it’s a testament to my fans. I appreciate their loyalty and dedication. It was great to get back in Victory Lane this year for my team and for my fans. I’m looking forward to a successful 2013, and am proud to accept this award on behalf of all the fans that voted.”

Once again the NMPA was proud to support one of NASCAR’s oldest and most prestigious awards during Champion Week in Las Vegas.

“Each year, NASCAR fans show their passion for their favorite driver in the NMPA NASCAR Most Popular Driver voting,” said Rea White, president of the NMPA. “This award is not only for the driver, but also for the fans as something they can claim as their own at the end of each season. We’re proud we can continue this tradition and once again the fans have spoken, selecting a great representative in Dale Earnhardt Jr.”

For more information fans should log on to www.MostPopularDriver.com.