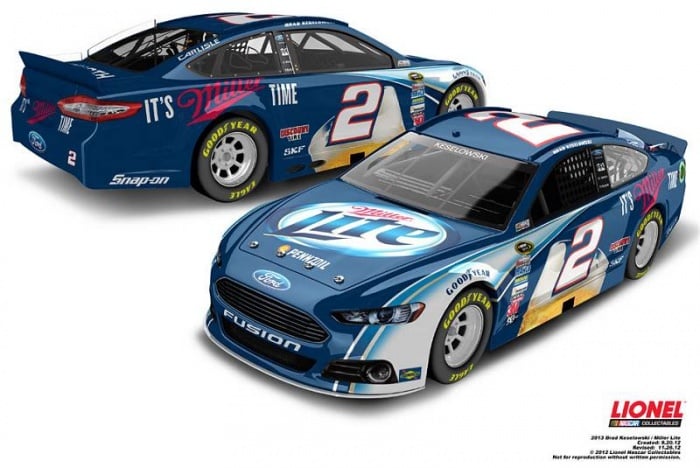 Here’s a sneak peek at the defending champion NASCAR Sprint Cup Series car that will compete on track in 2013. Driven by Cup Series champion Brad Keselowski, the No. 2 Miller Lite Ford Fusion has a sleek and powerful look and feel and with the distinct Miller Lite branding, it will be easy to identify when it takes to the track in Daytona to begin the 2013 season.

Congratulations to Brad Keselowski, crew chief Paul Wolfe and the entire No. 2 Miller Lite team on the memorable championship run in 2012 that brought Penske Racing its first Sprint Cup crown. We look forward to watching you defend the title in the new Miller Lite Ford Fusion next season!