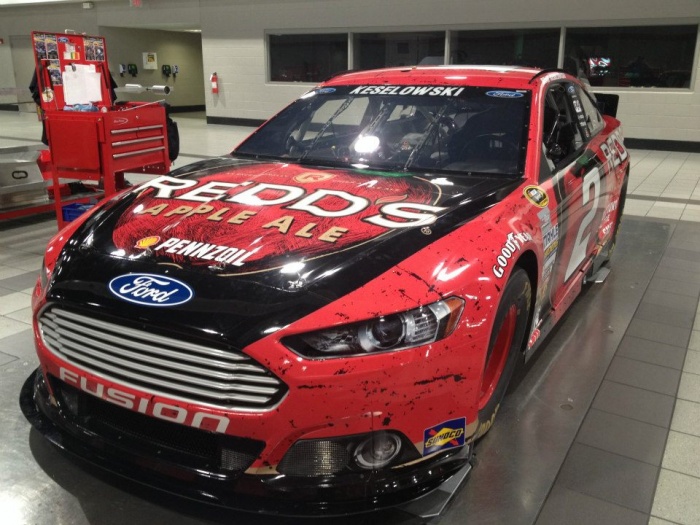 Defending NASCAR champion Brad Keselowski will not be in his familiar No. 2 blue Ford this weekend as sponsor Miller Lite swaps out with REDD’s Apple Ale for the first of two races this season. The REDD paint scheme will also be on the No. 2 at Pocono in August.

“I’m always looking for a change of pace and love to do things differently,” Keselowski said. “The REDD’s Deuce gives me a chance to branch out and try something new.”

REDD’s Apple Ale, brewed by Miller Brewing Co., is an apple-flavored beer. Andrew Zrike, the brand manager, said Keselowski was a natural ambassador for the product because “he has long been known for going against the grain and branching out from his every day routine.”

Miller Lite is one of the few sponsors to retain the rights to every race for the season. As a result, the car is almost always its traditional blue and white colors.

But the No. 2 has had special paint schemes over the years. It was gold in 2007 when it had a World Beer Cup paint scheme, and it was black and gold when it used a Miller Genuine Draft paint scheme.