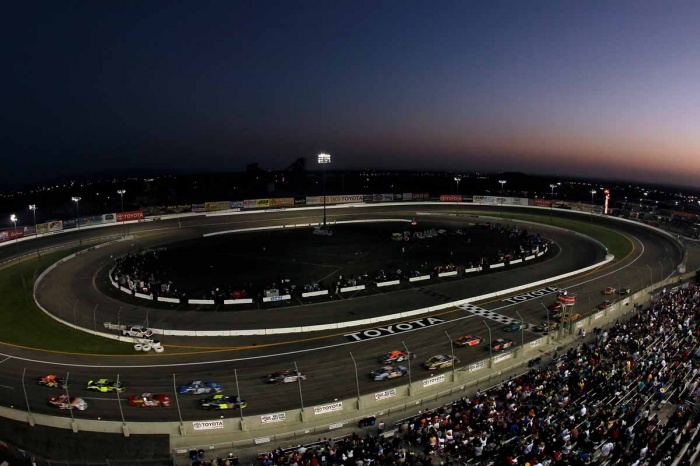 “Our master lease with the property owners, Nu-Way Industries, has been broadened and now includes all forms of racing activities on the 6,500-seat twin oval track. We are now working very hard to put all of the pieces together to be able to run a 2013 racing season,” said Cohan.

“Our company name has the word ‘TEAM’ in it,” he pointed out. “We need everyone to understand that name is not an affectation. It’s a statement of our commitment to the process of re-building the legacy of Irwindale Speedway.”

“We’ve re-named the entire property ‘Irwindale Event Center’ to better reflect the wide range of public and private events that can be accommodated here and invite everyone to join us in what we feel will be a great new era of operation for this venue.

Corporations, businesses small and large, competitors, individual fans, everyone: you are all welcome, if you want to be a part of this facility, we’ll find a place for you.” Cohan concluded.

Cohan’s announcement also indicated that long-time employee Bob Klein has been named the event center’s Vice President/Chief Operating Officer, and that veteran publicist Doug Stokes would be re-joining the facility on the first of the year as the Vice President of Communications. Both men will report directly to Jim Cohan.

At the same time, experienced competition manager Mike Atkinson was named the track’s Race Director. Atkinson has been working behind the scenes with representatives of the new Kern County Raceway Park track to put together a common set of technical rules which will allow racers in a number of divisions to compete fairly at both tracks.

“We know that we’re starting out a couple of laps behind,” Cohan candidly admitted. “But we also know that we have the support of a great number of former racers, sponsors, and most importantly, our fans who have stood by waiting for this track to come back on line again. We’ll really need everyone’s good will and support, and we’ll be trying very hard to return the favor by running a facility that always puts the customer first.”

A 2013 oval track competition event schedule will be published shortly.

NEXT POST
INDUSTRY: The True Prophecy Of The Mayan Calendar: The End Of The World Is Not Nigh, But The Age Of MINI Is About To Dawn