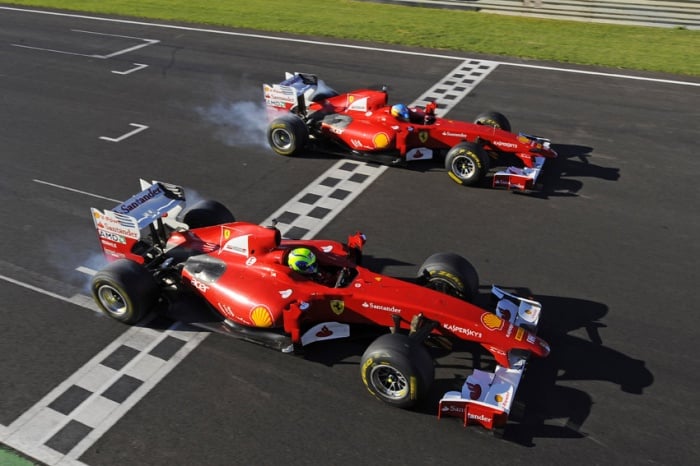 Fernando Alonso says he would have no qualms about playing a supporting role to Ferrari team-mate Felipe Massa if the Brazilian needed it.

The Spanish driver has overshadowed Massa in the three years they have been together at the Italian squad, but the Brazilian had a much stronger second half of the 2012 Formula 1 season, during which he was faster than Alonso in some races.

Massa said on Thursday that his resurgence has left him upbeat about his chances of fighting for wins and the title in 2013.

Alonso insisted people continue to under-rate Massa, who he reckons has proven to be one of the best drivers in the F1 field.

“Sure, it is not the first time I have helped him and surely it will not be the last,” Alonso said when asked if he would support Massa’s title challenge if required.

“We help each other continuously, for the good of Ferrari.

“Felipe is one of the best drivers in the world. I have been repeating this for three years, and at times people look surprised when I say this during press conferences.”

Alonso believes his gap to Massa in the standings in the past three years has been ‘strange’ and reckons they do not reflect the Brazilian’s real speed.

“At the end of the 2012 season people realised he is one of the best in the world,” Alonso said.

“These last few seasons there was a gap that I never had [with team-mates] in the past, and points wise it was something strange, because usually we should have been on a more equal level as far as points are concerned.”

Massa, who secured a one-year contract thanks to his late resurgence in 2012, is convinced that Ferrari wants him to be as strong as Alonso rather than just playing a supporting role.

“I cannot really imagine or think about a team that does not want one of its drivers to be competitive,” he said.

“It would be absurd to have just one good car, and one good driver.”