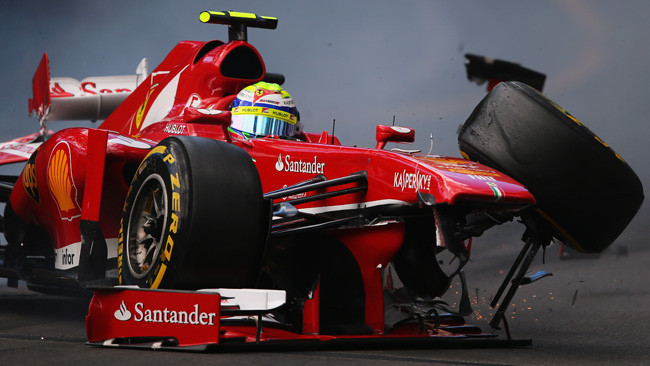 Felipe Massa leaving Ferrari next season, with his departure leaving the way open for Kimi Raikkonen to rejoin the team.

Ferrari has spent the last few days finalising its 2014 driver lineup, and it was widely expected that Massa would not be retained. Ahead of a scheduled appearance at Maranello on Wednesday, Massa duly confirmed that he was looking for fresh opportunities in Formula 1.

In a message that was posted on his Twitter feed, Massa said: “From 2014 I will no longer be driving for Ferrari. I would like to thank the team for all the victories and incredible moments experienced together.

“Thank you also to my wife and all of my family, to my fans and all my sponsors. From each one of you I have always received a great support!

“Right now I want to push as hard as possible with Ferrari for the remaining seven races. For next year, I want to find a team that can give me a competitive car to win many more races and challenge for the championship, which remains my greatest objective.”

Massa leaving Ferrari and has been inconsistent over the past few seasons and has regularly been at the centre of speculation his future with the team was in doubt. But Ferrari kept faith that the Brazilian still had the potential to challenge for wins and the championship. However, despite a promising start to this year’s campaign, Massa has only delivered one podium finish so far, with his third-place finish at the Spanish Grand Prix.

With Ferrari eager to lift its form and overhaul main rivals Red Bull, its management has elected to pursue a different path for 2014, when new engine regulations are going to challenge everyone. Raikkonen is now considered the most likely candidate to secure the Ferrari seat alongside Fernando Alonso, with team insiders admitting that one of its key criteria because of the engine change was to go for an experienced pairing.

Massa’s options with front-running teams in F1 appear to be quite limited, with McLaren set to retain Jenson Button and Sergio Perez, and Lotus believed to favor Nico Hulkenberg if it loses Raikkonen to Ferrari.

No driver has started as many world championship races with Ferrari power as Felipe Massa. In addition to his 132 starts for the Scuderia, he contested 52 races driving for Sauber when it was using Ferrari powerplants badged as Petronas.

This article originally appeared in Autosport.com

From 2014 i will no longer be driving for Ferrari. I would like to thank the team for all the… http://t.co/ubhtiS79EE