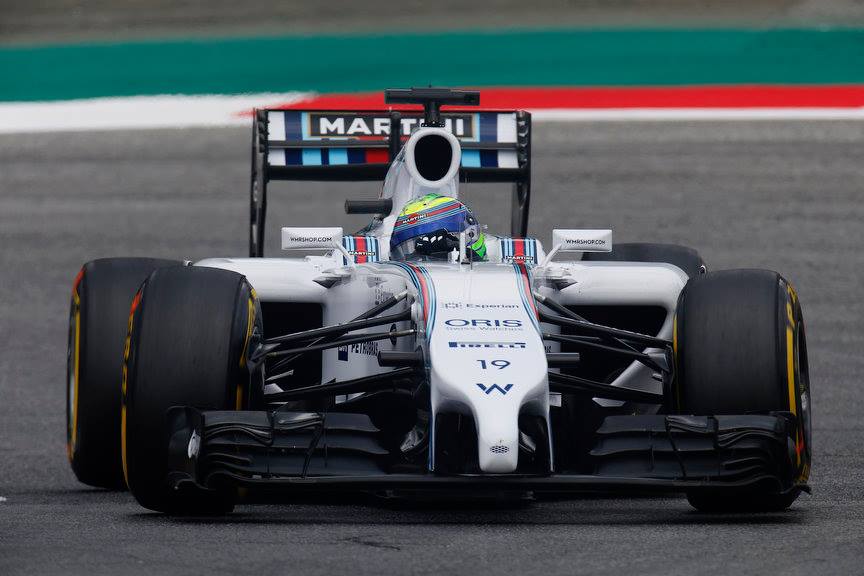 Williams Martini Racing puts Felipe Massa on pole at the Red Bull Ring. This marks his first pole since Brazil in 2008.

Williams F1 has locked out the front row for the first time since 2003. Valtteri Bottas will start along side Massa in the home of Red Bull. Rosberg will lead the 2nd row.

This resurgence of Williams Martini Racing has been a long time in the making. In the previous race they became the first team to steal a led lap from Mercedes all season.

They have been consistently hovering around the top five. Not just in the race but in practice and qualifying sessions all year. Now, the Felipe Massa pole position just puts an exclamation point on the future at Williams.