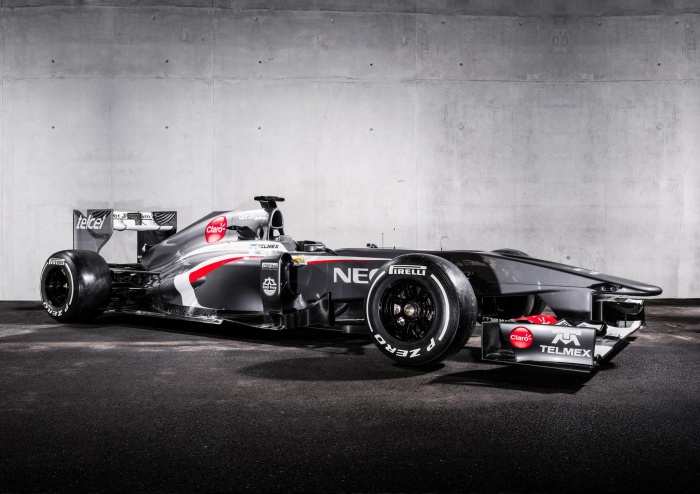 Sauber f1 Team has debuted the Sauber C32. The technical rules have changed with regard to the 2013 season barely, and yet the new differs Sauber C32 – Ferrari from its predecessor visually quite considerably. Responsible for this are the harmonious easily drawn down front nose and especially the much narrower become sidepods. Take a look at more Sauber c32 photos below.

Matt Morris, chief designer of the Sauber F1 Team, said: “With the C31, we had a very competitive car with many strengths. Our goal is to improve this further and eliminate the few weaknesses were. “

“We already have over the past season spent a lot of time and energy to understand our car better. It focused mainly on the aerodynamic effects in the tail area. Our aerodynamicist did a great job and used this knowledge in the development of the C32. “

Are no radical changes it with the tires. “We had a chance to test the new generation of tires in the final race of last season at Interlagos.Are in the construction, while some contrasts can be, but overall keep the changes in limits, so that in this area no fundamentally new development approach was needed, “says Morris.