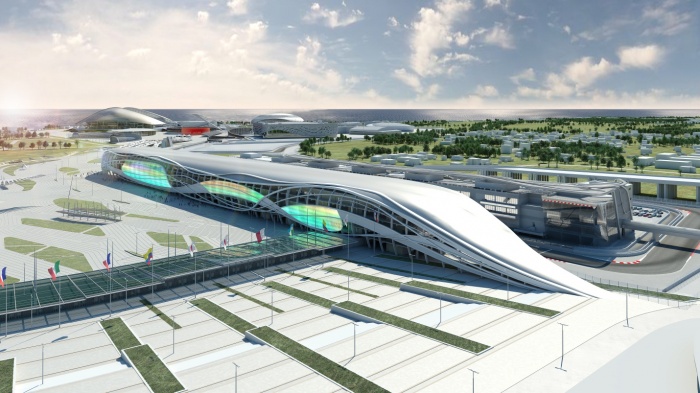 Construction of Russia’s new track in Sochi is progressing well. The circuit – shown in its anticipated completed state in this artist’s impression – hopes to be awarded a slot on the 2014 FIA Formula One World Championship calendar.

Sochi will also host the Olympic and Paralympic Winter Games next year and the new 5.8-kilometre track is being built in and around the Black Sea resort’s Olympic Park. Like Australia’s Albert Park in Melbourne and Canada’s Circuit Gilles Villeneuve in Montreal, a portion of the circuit is expected to incorporate public roads.

Russia has become more prominent in Formula One racing in recent years – Vitaly Petrov (who raced for Caterham in 2012) became the country’s first Formula One driver when he joined Renault in 2010 and scored Russia’s first F1 podium the following year. And although they are based in Banbury, UK, the Marussia team is majority-owned by Russian sportscar manufacturer, Marussia Motors.

Gundaker on track prep / construction of the Gateway Dirt show