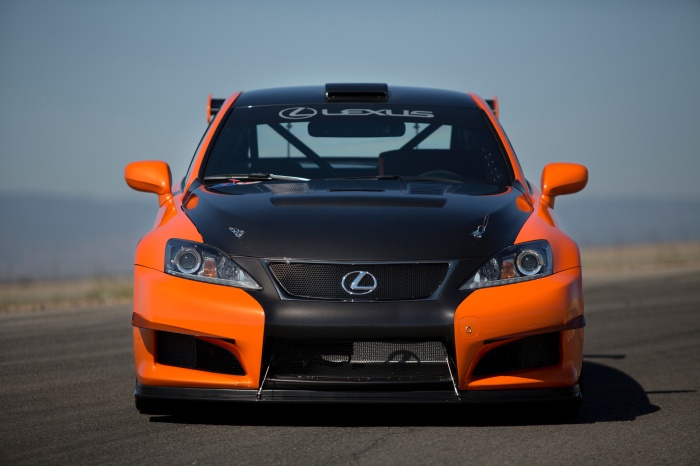 TORRANCE, Calif. From June 3 – 20, 2013, Lexus and the Tony Hawk Foundation will be asking their fans and supporters to be part of a fan based decal that will be featured on the Lexus IS F CCS-R race car competing in Pikes Peak International Hill Climb.  Fans will be able to enter their names via a response to a Lexus Facebook post, a Lexus Google+ post, a comment to a Lexus YouTube IS F CCS-R video and through Twitter and Instagram using #Lexus14K.  This community-based decal will integrate 14,000 fan names and will be on display at Fan Fest, an annual pre-race celebration held in downtown Colorado Springs on June 28.

“Not everyone gets a chance to drive to the top of Pikes Peak, so 14,000 fans can now say they took part in the ride up the hill,” said Brian Smith, Lexus vice president of marketing.  “We are very excited to be partnering with the Tony Hawk Foundation to provide this great opportunity to our fans.”

For the second year in a row, professional driver Ken Gushi, will be at the wheel of the Lexus IS F CCS-R as it competes in the Exhibition Class of Pikes Peak International Hill Climb. The race takes place at Pikes Peak Mountain in Colorado Springs, Colo. on June 30.  Fans will be able to follow @Lexus and #Lexus14K on Twitter for live tweet updates throughout the race.

The Pikes Peak International Hill Climb is the second oldest motor sports race in America.  The race is run on 12.42-mile course with 156 turns that begins at 9,390 feet and finishes at the 14,110 foot summit of America’s Mountain, Pikes Peak.