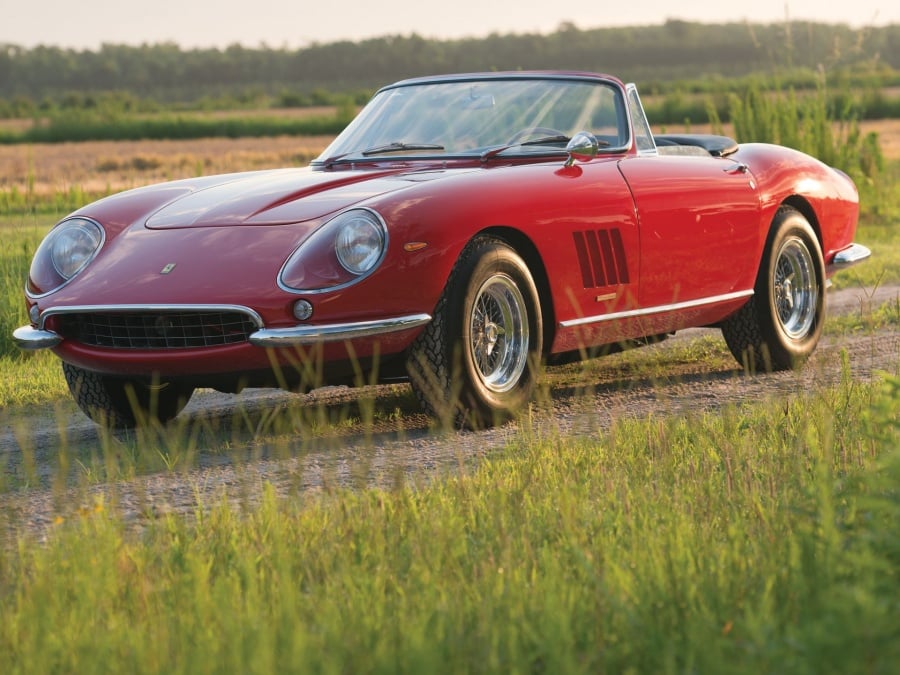 The red Ferrari 275 was one of only 10 ever built, and its single-family ownership increased interest in the sale, the Los Angeles Times reported.

The Ferrari 275 owner, the late Eddie Smith, was a former mayor of Lexington, N.C. He died in 2007 at age 88. Since then, the car has been stored in a specially built garage.

“This is a bittersweet moment for us,” Eddie Smith Jr. told a packed crowd before bidding began Saturday. “Ferraris came and went, but this one never went, thank God. We enjoyed it as a family for 45 years.”

The sale of the Ferrari 275 GTB/4*S N.A.R.T. Spider was handled by RM Auctions in Monterey. N.A.R.T. stands for North American Racing Team, a Ferrari-backed venture created in the late 1950s to promote the brand in the U.S.

Smith Jr. advised the new owner to “drive it, love it, enjoy it, and more importantly share it with others so they can see it.” The auction house has not disclosed the new owner.

In keeping with his father’s philanthropy, the family was giving all proceeds to various charities, Smith Jr. said.

Smith Sr., who became wealthy from a mail-order company he started, was a beloved figure in Lexington. Mayor from 1970 to 1975, he also led hospital, college and chamber of commerce boards.

The avid car enthusiast owned several Ferraris, but the Ferrari 275 N.A.R.T. Spider was his favorite because he loved the look, sound and feel of it, Smith Jr. told The Dispatch of Lexington.

“Dad wouldn’t want the car to be shut away, he would want it to be enjoyed,” he said. “Even when the value reached went over a million dollars, he would still drive it.”

The Ferrari 275 N.A.R.T. Spider was featured in the 1968 film The Thomas Crown Affair, the Los Angeles Times reported.

Most sold NASCAR die-cast cars of 2018

NEXT POST
CARS: New Ferrari 458 Speciale The Most Powerful V8 Ever