CARS CARS: Ferrari 250 GTO The Most Expensive Car Ever Sold 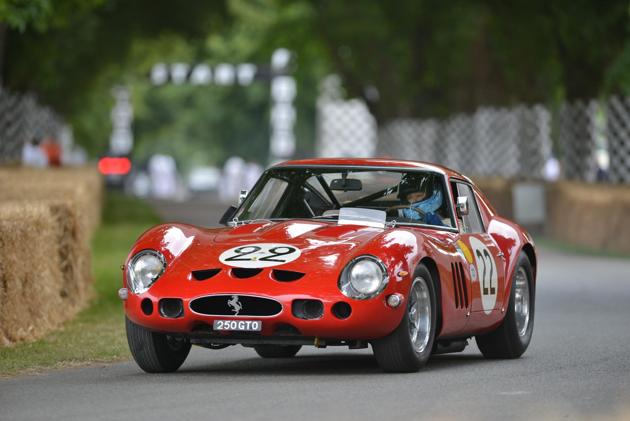 Ferrari 250 GTO The Most Expensive Car Ever Sold

The Bugatti Veyron is the most expensive car when it comes to new off the lot but, at roughly US$2 million (Dh7.3m) new, it pales into insignificance when compared to the Ferrari 250 GTO. A sale of a 1962 example (chassis number 5111GT) was brokered just a few days ago and its new owner parted with a frankly staggering $52m (Dh191m) in exchange for its keys. This price makes the Ferrari 250 GTO the most expensive car ever sold.

The question that everyone is asking (apart from the identity of the actual buyer) is why on earth is the Ferrari  250 GTO fetching such sums? Admittedly, this sale was for a much higher amount than any that had gone before it, but how far can these prices go before the bubble bursts? According to some analysts and classic car experts, that time might never come.

No car can ever be worth that amount of money, surely? But Ferrari stands head and shoulders above all other manufacturers when it comes to status, and almost every one of its models – at least up until the late 1980s – could be seen as a sure-fire investment. From the 1990s, its road cars became too successful for their own good, and supply easily exceeds demand for most of them in the used car market.

But the Ferrari 250 GTO now the most expensive car ever sold because it was strictly limited when it came to production numbers, with just 39 built in varying body styles, although the one you see here is representative of the majority. It was built to go racing, and every single one of the 39 did exactly that, racking up win after win until the Shelby Cobra came to dominate in the mid-1960s. A Ferrari with racing pedigree is a very special thing indeed, particularly if it’s a road car, so the fact that the Ferrari 250 GTO was recognized as the perfect embodiment of everything Ferrari had come to stand for when it was unveiled, as well as the fact that every single example is still in one piece and accounted for, has assured its status when it comes to residual values.

It’s certainly a beautiful thing to look at, daintier than contemporary Ferraris, with a low, sleek and slender nose, voluptuous curves and a vertiginous “Kamm” tail. Its appeal also lies in the fact that its gestation was a troubled one, with Enzo Ferrari sacking almost the entire team behind it. It was tested and refined by Stirling Moss and was deemed too dangerous for all but the most talented drivers. Enzo Ferrari personally selected the buyers, something that the factory continues to do today for its limited-volume models.

Under that shapely bonnet sits one of the finest V12 engines ever to see light of day, and this, too, is one of the reasons for the GTO’s unimpeachable esteem. It was located further back in the chassis than was normal at the time, allowing for a more slender and aerodynamic nose section, and it made for improved handling – both essential for success on the world’s racetracks.

The interior was utilitarian in the extreme. No sound deadening, just a bare cockpit with exposed aluminum, a couple of sparsely upholstered seats and a wooden steering wheel. There wasn’t even a speedo or a tachometer, the only instrumentation being a large rev counter and temperature, pressure and fuel gauges. It also featured an open gate for the gear shifter, setting a trend that Ferrari continued for decades and others still imitate today.

Conceived to take on the threat that was Jaguar’s imminent E-Type, the GTO beat the Brits to it, before the E-Type racers had been fully developed. Another thing adding to the legend was that, for racing homologation, 200 examples needed to be built. Ferrari simply numbered each chassis with huge gaps in the sequencing, giving officials the impression that many more existed than would ever be the case.

Today, the Ferrari 250 GTO is raced and campaigned by owners who still use the cars in the way that their maker intended, seemingly with scant regard to their values. As the greatest car from the greatest car company that ever was, its future as an investment, even at the current stratospheric rates, seems assured.

The Bristol Dirt Race was put to a vote; The alternatives were too expensive, forcing a NASCAR dirt track