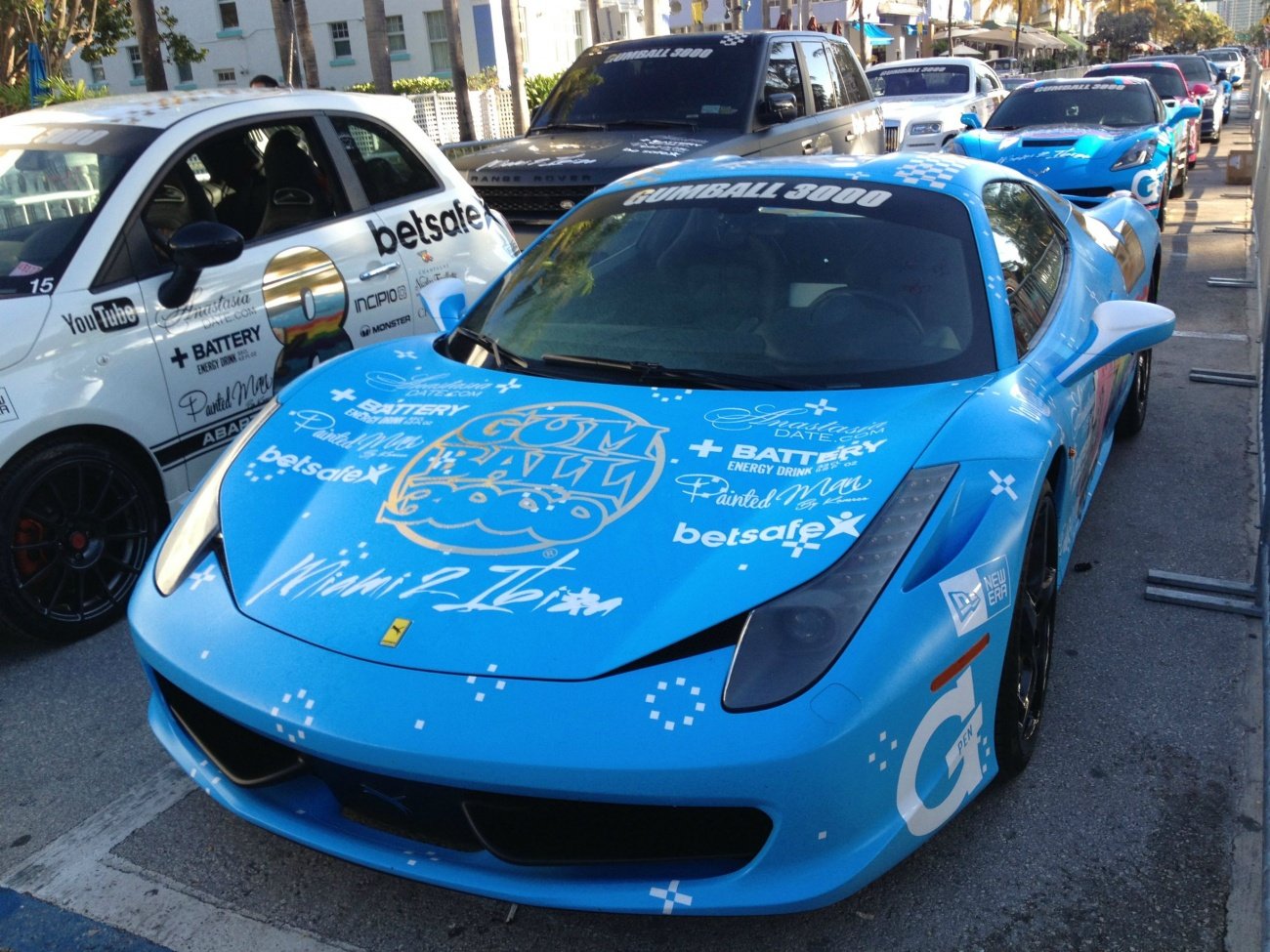 The Deadmau5 Ferrari Nyan Cat car has now resulted in a cease and desist letter from Ferrari.

You can see the photos of the Deadmau5 Ferrari below. As well as his response the the letter via twitter.

The Deadmau5 Ferrari has already been seen all over Europe. The car was raced in the Gumball 3000 just this year.

Ferrari took issue mainly with the Purrari badges. I understand where they are coming from to a point. They want their badges on the car used properly as a billboard.

However, it’s not enough to warrant stepping on a Ferrari owner for customizations. If he replaced the Ferrari logos with a McLaren logo then Ferrari would have a valid case but that’s not what took place here.

As my friends and I like to joke, Ferrari is the closest thing we have to the modern mob. A car manufacture telling someone what they can and cannot do to customize their own car is ridiculous in a free speaking world.

This cease and desist letter will result in nothing positive for Ferrari. It will only deter people from buying a Ferrari. In some way this is stepping on freedom of speech. For me, this is a huge issue. This move alone is enough for me to lose all hope and dreams of even wanting a Ferrari parked in my garage. Not that is was a reasonable goal to begin with, I’d rather go racing anyway.

The internet appears to agree with me. They have voiced major displeasure with the Italian car marker. A heated forum can be seen on reddit.

If I was Deadmau5 I would fight the letter. The publicity alone might generate enough income to even pay his lawyer costs. The bigger reason would be to fight for freedom of speech, he might even find himself in the history books for doing so after winning the case.

Up to this point, the Deadmau5 EDM DJ career stands earmarked by a series of firsts and shattered records. At the 54th annual Grammy Awards in 2012, he gave a monumental performance as part of the prestigious ceremony’s first-ever telecast celebrating electronic music.

Deadmau5 Responds to Ferrari Cease And Desist letter via twitter.

“I wonder if the jackass lawyer at @FerrariUSA who sent us a “cease and desist” letter over the purrari is un-butthurt now that I unwrapped.”

“Yeah it was mostly about the custom floor matts and the custom purrari badges. Whatever. It’s just a normal ass 458 now. All good.”

“Ive got my eyes on that @McLarenAuto P1 GTR… Even a mau5 can dream!”