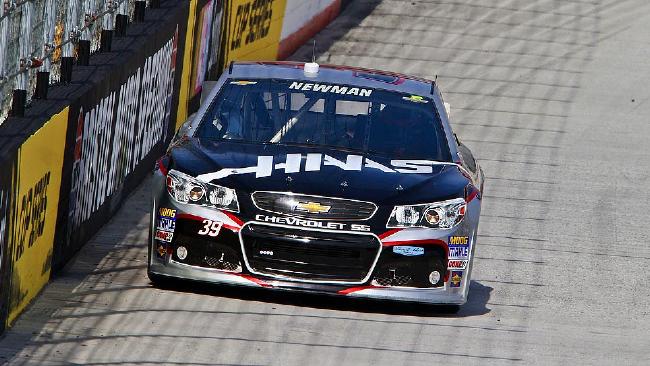 Ryan Newman said he found out about Stewart-Haas Racing’s expansion to four teams like most people — first rumors and non-sourced reports on the Internet that were ultimately confirmed by Tuesday’s formal announcement.

But Newman, who was informed last month his contract won’t be renewed by SHR for 2014, said Thursday he was mostly amused at this week’s turn of events, particularly at the way it was handled with the team internally.

SHR co-owner Gene Haas told reporters Tuesday that he hired Kurt Busch for a fourth car to be sponsored by his company, Haas Automation. But Haas conceded it was — at least initially — met with surprise and “a little bit of resistance” from his fellow co-owner, Tony Stewart, who was concerned about the logistics of adding another team and the extra workload that would entail to be immediately competitive.

“It was humorous,’’ Newman told NASCAR.com about the announcement. “To me it was more funny, than any kind of frustration from my end. In the end, it won’t affect me. Obviously, it frees up a situation for 2014 but in the end it doesn’t affect me.’’

Newman said he wasn’t privy to any discussion about the expansion beforehand.

“If they didn’t tell (Tony) Stewart why would they tell me,’’ he joked.

In fact, when Stewart told reporters at New Hampshire in July that Newman wouldn’t be a part of the team’s plans in 2014, he also said the team wasn’t ready for a fourth car at the time but should they add one in the future, Newman’s name would be on the list of potential drivers.

Judging by his own statements in Tuesday’s news conference, Haas was the driving force in securing Busch thanks to what he called a “series of events” that began with an informal conversation between the two during a Chevrolet-sponsored dinner at Indianapolis.

Newman won the Brickyard 400 from the Coors Light Pole that weekend and sits 15th in the standings, holding the second Wild Card position with two races remaining to set the Chase for the NASCAR Sprint Cup field.

When Haas was asked this week about why he would back Busch over Newman, he said, “You know, Ryan has been an excellent driver. He’s been with us going on five years now. I think he’s done a great job driving the car. I think he’s been a great sponsor driver. He’s done well at all of that.”

But, Haas added, “The question is, at some point I am now going to be the sponsor. I just simply wanted a change and an opportunity to do something different. I don’t think this says anything negative about Ryan. He’s been a great driver, done a great job.

“After five years I just feel that I want to take hold of an opportunity that was presented to me. It gives me a chance to, you know, be a sponsor and direct things the way I wanted to direct them.”

In the meantime, Newman insists he’s ready to move forward.

“I think from that standpoint, it’s even clearer to me I wouldn’t want to be there if that’s the path they want to do down,’’ Newman said. “Take Kurt out of it. It makes no sense whatsoever.

“All of Gene’s comments don’t make any sense to me in reference to anything I did, have done, sponsorship-wise, winning races.

“There’s no logical explanation for it and I think 99 out of 100 people would say the same thing if they were being honest.’’

With Busch’s impending move from the Furniture Row Racing’s No. 78 Chevy to SHR and media reports pointing to Kyle Larson being named to Earnhardt Ganassi Racing’s No. 42 Chevy on Friday, the 2014 driver lineups are taking shape. Newman said things are also coming together for his ride in 2014 and expects to announce his plans soon.

He is widely considered a top candidate for a possible Richard Childress Racing fourth car or to replace Busch at Furniture Row.

“I don’t know the when, how or what or where or anything else, but I feel confident (the announcement will take in next few weeks),’’ he said.